Showing posts from February, 2005
Show all

I've been writing up events for the April 2005 edition of 805Living magazine and I came across the fact that Santa Barbara author, T.C. Boyle, will be reading his own story Chicxulub at the Lobero Theatre in Santa Barbara on April 18. I was even told he's one of the few writers who actually does a superb job at this. Which lead me to look the story up and give it a read. It's the kind of thing that makes a writer cry. First, because it's so moving, you'd have to be a clump of clay not to cry and Second, because it's so rich and real and f'ing brilliant! I'm including here for you to read - even though it highlights what a crap writer I am ESPECIALLY in comparison - and including the New Yorker link. Every month they include a short story that you can print out and read offline. Damn nice of them, don't you think.To read Chicxulub now, click on the Read More. To go to the New Yorker click on the title. February 28, 2005 home CHICXULUB by T. CORAGHE
Continue Reading »

Blogging along and feeling groovy when I'm suddenly struck with a nasty case of perfectionism. Shouldn't blogging - like an old fashioned diary - be free-form, stream of conscious, loosey-goosey, yeah- that's what I'm talkin' about!? Yet I'm weighted down by some inate writer's tendency to hone and shape and craft and revise the hell out of any and all posts. Shitty first drafts, be gone! I log in, you know, just to see how this new little blog of mine is looking and before I know it I'm editing past posts, tweaking the type, picking at my profile like it's a bad sunburn starting to peel. And it's driving me mad. Help. Someone. I want to move on, I don't want to get blogged down in my own neurotic need to create the perfect post, the beginnings of a brilliant blog. Won't someone out there tell me what to do?!?!
Continue Reading »

Updated:  Bernard Cooper was doing personal essays so long, long ago... back in the day when english teachers and editors all said stay away from "I". I remember reading "Maps to Anywhere" and feeling that I had found my personal compass rose. I lost my way somewhere on my writing journey and when a friend suggested she'd prefer to see my pieces, based on my life, as short stories, to see my life 'fictionalized', and I set to writing short stories that all grew out of my reality.   They didn't just lack imagination, they lacked r ealism. I'm back to struggling with memoir, even if it does feel like a whole lot of me, the me feels authentic and true. That's the goal anyway.  The link takes you to Vimeo and a reading by Cooper from The Bill from my Father: A Memoir For some of my personal essays start here
Continue Reading »

I heard it on the radio ... so it must be true ... these are the top ten rock 'n roll songs. Anybody out there want to weigh in? What's your personal top ten? 10. In Your Eyes - Peter Gabriel 9. All I Want is You - U2 8. Sweet Child of Mine - Guns n Roses 7. Wild Horses - Rolling Stones 6. I Will Always Love You - Whitney Houston 5. Let’s Stay Together - Al Green 4. Natural Woman - Aretha Franklin 3. Something - The Beatles 2. Can’t help Falling in Love - Elvis 1. God Only Knows - The Beach Boys (Paul McCartney has called this the greatest song of all times ! and who am I to disagree?)
Continue Reading » 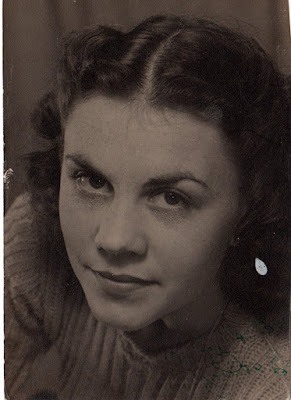 At first my mother would ask the same questions over and over again. "When is Nancy coming over?" or “What does your husband do for a living?” repeated every five minutes like a loop. She would forget that she had three brothers or that all of them were dead. That I had to go to work and couldn’t go shopping that day. Then she began to let her tea kettle boil dry and her bath overflow. When my brother installed a shutoff device in the tub in case she went to check her mail and left the water running again she didn't thank him for saving her from a problem, she cursed him for the inconvenience. “I was barely gone a minute” she complained bitterly “and all the water drained out of my bath!” ‘Thank God', we said to ourselves, ‘at least she didn’t ruin her neighbor’s carpet again.’  The first two times that she forgot she was running herself a bath, the water had seeped right through the walls and the floorboards to the apartment next door.  She was furious, insul
Continue Reading »

One more reason to hate laundry...

My son, who shall remain nameless - “Mom, don’t you dare write about me! That’s not fair!” came home today from a week of Outdoor Education in Malibu. Outdoor Education is a program for sixth graders who get to spend a week at Camp Bloomfield in the Santa Monica Mountains. The kids don’t just look at pictures of tide pools, they hike it down to the Pacific Ocean and get their feet wet. They don’t just talk about astronomy. They go out on a night hike and see the stars first hand. But it's the rainy season here in California so this idyllic sounding time in the great outdoors of sunny Southern California wasn’t quite what you might think. While “sunblock” was on the list of must-bring items, it had to be the least-used item they packed … unless you count the toothpaste!  And when I unzipped his duffel bag to get at the laundry - because, God knows I love to do laundry - I found his extra pair of shoes (drenched), soaked socks (none matching), a dripping wet pair of khakis and his ye
Continue Reading »

I've been skittish for a week knowing today was coming. I had an appointment to interview a journalist for 805Living magazine. We're doing a new page for the end of the book featuring local people of note, be they celebrities or interesting, influential folks who live in the Conejo Valley area. My interview was with Jane Wells, an Emmy award winning, Peabody prize winning, super successful broadcast journalist on MSNBC. And, yes I was nervous. It's not as though I've tried to pass myself off as a journalist. I'm not! I like to write personal essays, short stories, the occasional article and yes, I might have to interview someone in regards to that but HEY! Jane Wells reported on the OJ Case for pete's sake. What the heck did I know about interviewing someone like her? In reality, the piece is intended to be fun and light, so there really shouldn't have been any pressure ... except the pressure I pile on myself! I'd requested a bio which she emailed me
Continue Reading »