Showing posts from January, 2023
Show all

It was Martin Luther King Day in LA, January 17th, 1994. It was a Monday.  We’d moved back to LA with our not-quite-one-year-old son after a year of living in Redondo Beach, in an apartment just across the street from the Pacific. It’s where our son was  born and I spent my days taking him on long, quiet walks along the Esplanade that bordered the oceanfront. During the week, the sand and the sea were beige and blue stripes that stretched forever with only the seagulls, and a stray beach goer here and there, breaking the pattern. Riviera Village, a few blocks inland was full of sleepy stores, hushed boutiques just out of my price range, and cafes where I had no one to join me for a cup of latte.  In the early days right after my son’s birth, my friends found their way down to Redondo to pay their obligatory baby visits. After that it was mostly just the baby and me, and often my mother who  was in the habit of visiting a couple of times a week. My father had died the year before
Continue Reading » 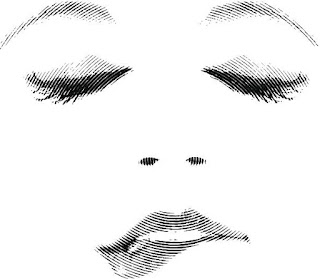 Diamond Girl by Sim Carter Meg wouldn’t stop calling so I finally stopped trying to fend her off and muffling my impatience, told her to come on in and I’d take a look at her book. Her portfolio. She said she just got back from Milan and that she’d shot all this stuff for Italian Vogue she wanted to show me. Well, not me, necessarily. She wanted to show her stuff to whoever was doing the hiring of freelance photographers at the company. I wasn’t sure how she even got put through to me as I wasn’t officially the person doing that. All I was doing was sitting in for my boss, technically I was ‘acting creative director’ while the real Creative Director, capital letters on her business card, was in New York working with the advertising agency on a long-term strategy to keep the century-old cosmetic company relevant in the current market. I could have just told her no. I should have. I knew the look of magazines like Italian Vogue, languid-faced metrosexual men pouting like they wanted to s
Continue Reading »
More posts