Showing posts from June, 2015
Show all

10 Ways to Know You're a Brit at Heart 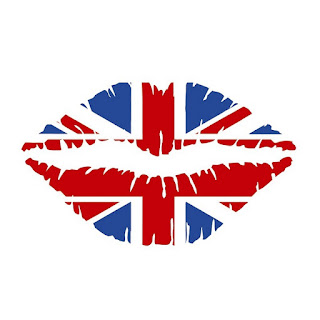 We can't all be British. Yes, some of us love our British telly, are dotty for real football players—especially when they look like David Beckham—and actors like Benedict can grab our Cumberbatch anytime, but that doesn't make us True Brits. True Brits know teddibly, teddibly brilliant British-y things. Like the fact that being married to a prince doesn't mean we call Kate Middleton, Princess Kate. Her Royal Highness is actually a duchess. And William? He's not just a prince, he's a duke. Somehow that's even better than being an ordinary Royal type prince. Don't worry, even True Brits don't know exactly why. But you might be a Brit at heart if : You know PG Tips aren't pointers on your golf game. You know pasties are a kind of pie, not something that would make the Queen blush. When the flags start waving on the fourth of July, you pour one out for King George. You know a cock-up is just another way of saying snafu. Unless you're a
Continue Reading »

File this one under: My British Roots are Showing

I lost my English accent about half a century ago but I'm still a True Brit at heart. My addiction to British telly is, er, telling, and currently I'm in the middle of a Scott & Bailey bingefest . To be honest there are times I can't make head nor tails of what some of the characters, usually the criminals with the heaviest Yorkshire accents, are saying either. But still, these are my peeps. So I was thrilled to discover that BBC America has a website devoted not just to their programming but to the whole wonderful world of Brits in America. They've dubbed it  Anglophenia   British Culture with an American Accent  which pretty much sums me up. Pretty much An American Girl lusting for London. I'm sure the site isn't new, it's just new to me. If you're feeling sad and lonely for the British Isles you can stop by to learn How to Make a Cup of Tea the British Way , or discover who's going to play Prince Phillip in the new Netflix drama The Crow
Continue Reading »

How do you say Z?

Z Z z z z How do you pronounce the letter "Z"?  If you say Z so that it rhymes with bee, then chances are  you're an American.  But if you say Zed, as in Ed wets  the  bed, then you're most likely from the British Isles or one of the  other  English speaking, probably commonwealth, countries of the world; Australia, New Zealand, Canada. Places where the Queen's portrait hangs on the classroom wall, and peers down at perps in your local constabulary.  Actually I hear Canadians are mixed on the subject of Z, they're so nice and  accommodating  they go both ways.  While there's not a right or wrong way to say it, as those of us who live in America say , the letter is derived from the Greek letter 'zeta' and most other countries pronounce it similarly to the British way. Zéde in French, Zet in German, Zeta in Italian. While the way we say it in the states—Zee, rhyming with bee and oh gee—isn't exactly wrong, it's not right either. It's j
Continue Reading »

Have you been watching the wise, wild, wackpot, wonderfully real women of Scott & Bailey?

Lesley Sharp as DI Janet Scott, Duranne Jones as Rachel Bailey, Amelia Bullmore as Gillian Murray I've previously moaned about how homesick I am for England, and both my parents, now deceased. British telly soothes me, the familiar voices calm me, just as my mum offering me a cup of tea or stroking my head did when I was a child. I admit there are times when I'm not really paying attention, the television program behaving more like beautiful background music. That's not Scott & Bailey. Written by the remarkable Sally Wainwright who penned both the gritty Happy Valley and Last Tango in Halifax , Scott & Bailey is all about being a strong, capable, complex, crazy woman in a man's world. With some exciting crime show plots thrown in for good measure. Have you been watching the show? I caught a few episodes here and there on PBS but when I discovered Hulu has the entire series, I decided to get serious and go right back to the beginning. I've just
Continue Reading »

About a week ago, I promised you (and myself) that I was going to finish up the #AtoZChallenge, a blogarooni thingey designed for the month of April. Ugh, it's somehow June and I still haven't wrapped it up. My last #AtoZ post was   W and Walking in LA because some of us, yes, even in LA do. I embellished that post with David Hockney's Mulholland Drive: The Road to the Studio , one of my favorite Hockney pieces.  The piece lives here in LA, as Hockney has for years, on the third floor of LACMA's Art of the America's building. Although as far as I know, David Hockney never lived there; something about the lack of a bed and possibly a swimming pool. Yes, he left Los Angeles for awhile, went to Birmingham but he's been back at his Hollywood Hills studio since 2013. Part of Mulholland Drive's  POW! power is how massive the piece is, at 7 feet high by 20 feet long, it stops you in your tracks. There's no way to escape it and why would you want to? Livi
Continue Reading »
More posts