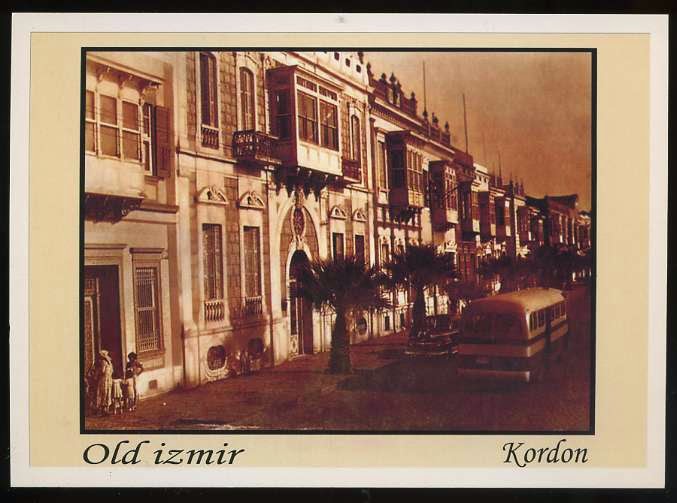 There’s darkness everywhere, shapeless black all around except for a blur of wavering yellow light in the distance. Something has woken me up. Muffled voices in the darkness; a man’s—deep, hushed, whispering. Then another—higher pitched, a lady’s? My mother’s? I hear my name, “Simmy” but I can’t make out the rest; just sharp, staccato sounds.

A shadow crosses the yellow light, so big it blocks the brightness, and there’s nothing but blackness again. The dark shadow, darker than the darkness, is moving fast, coming closer, heading towards me and I’m too terrified to move or breathe or close my eyes. If I stay perfectly still maybe it won’t get me. I watch as the black blur moves towards me, growing larger as it comes closer and closer and just as it reaches under the blanket to scoop me up with its big hands, I want to cry because I can tell from the smell that it’s my father.

“It’s Daddy” he says, pulling a blanket around me, and I relax into his arms.

I still can’t make him out but I know it’s him, the way his neck feels, warm and bristly, the way his skin smells of cigarettes and Brylcreem.  He moves with me toward the yellow light, and I see now that it’s the ceiling lamp in the hallway. There are tiny bugs frozen behind the frosted glass just like always.

“I can’t wake him” The lady’s voice comes out of the darkness, and it is my mother. She walks into the light, taking form, one hand holding her huge belly. Is it the yellow light falling on her face that makes her look so funny, like she’s hurt or scared?

She is scared, I can tell; her voice always sounds like music but theres no music now and I whimper a bit.

“Shhh. Shhh.” I’m four and a half but my daddy rocks me like I’m a baby. “Everything’s all right. We’re taking mummy to the hospital, that’s all.”

He reaches for my mother’s hand, the one not holding her belly “Come on” he says, leading her to the door, “we’ll have to leave him.”

“We can’t just leave him all alone!” My mother stops, turns to look into the dark room where my seven year old brother is fast asleep.

“Enid, come on, let’s go. I’ll ask Mrs. Nasin to look in.”
Our car is waiting in the street, big, black and shiny in the night, the engine already grumbling, like my parents voices. My father puts me in the back seat, laying the blanket over me, then he helps my mother in; I watch her worried face as it disappears behind the front seat. Out the window more darkness, streaks of light from the street lamps as we speed by. Even in the daytime, the city street we live on in Izmir feels dark, like a charcoal sketch. Tall grey buildings loom over the sidewalk, the streets are filled with dark cars, and dark haired children who beg for money. Sometimes the children are crippled, with twisted limbs and I overhear grown ups saying the fathers break the arms of their own children to make them better beggars. My mother doesn't believe this, she doesn’t believe anyone could be so cruel.
There is an empty lot next to our building, littered with bricks and boards, cast-offs from construction. In one corner is an open pit of lime, a rectangle of slick white that my brother and I are warned away from. Russell wants to get close to it, to drop things in and see what happens. Holding my hand, he says we have to be careful because the lime will burn the skin right off my bones and I’m glad an old man always scares us off, shouting at us in Turkish, chasing us away with a long, thick stick.
Inside the car, despite the dark, I’m lulled by my parents’  quiet voices upfront and the car bouncing along and I can’t help falling back to sleep in the back seat that’s almost as big as my bed. When my father pulls up to the US Air Force Hospital I wake up again. It’s still dark as tar, silent as a dream. Through the window I can see my father helping my mother out of the car; something has happened and she needs help walking. He sees me awake in the back seat and he tells me to stay where I am.

I watch at the window as they disappear down the pathway. I don’t know why he won’t take me with them and I slide off the seat and scrunch down on the floor of the car, pulling the blanket around me. My father is never coming back, never. A dark shadow is coming to get me, children with their mangled limbs will press their faces against the window and find me in the car, someone will pull me out and throw me in the limepit. It’s Izmir, Turkey in 1957. My baby sister is about to be born and I’m terrified. Absolutely terrified.
I crouch in the darkness, willing myself to fade into the blackness, wishing myself invisible. If not that, then deaf and blind. If I can’t see you, you can’t see me. The night sounds—the October wind, leaves scudding along the sidewalk, the squeaky settling of the big black car—fall around my ears but the biggest sound of all is the booming of my own heart, loud enough to give me away if someone passes by. I push my cheek up against the seat and press my eyes shut so nothing, not the shadows or even the light, can make it past my eyelashes. When the echo of a distant tapping breaks through, I pull the blanket more tightly, covering my ears to block it out but the tapping quickens, turns into a hammering, a clobbering, a bashing, fast and heavy, louder even, than my own frightened heartbeats, until finally the pounding comes to a crashing stop right outside the car. Silence. Someone is standing at the window; I feel the eyes watching, searching for me. I wait, breathless, while the door moans its way open, a cry caught in my throat as heavy breathing wheezes its way in. With it comes an unmistakable waft of Brylcreem but I keep my eyes shut until I feel the warm, familiar bristle of my father’s neck and know that I am safe again. When he takes me into the hospital to see my mother, I don’t let him put me down; clinging on, legs locked tight, until I finally fall asleep.

I wake once more, still in his arms, when we get back to the apartment. My brother is just waking, a tangle of striped pajamas and twisted sheets in the dull and dusky dawn. He didn’t even know we were gone and I’m pleased — now that it’s over —that I’m the one that’s been on an adventure for once.

“Get dressed” my father tells him. “We’re going to see your new baby sister.”

I want to name her Nancy, but my parents, who pretend to bite her toes and call her their Turkish Delight, put down Elaine on the birth certificate. My father laughs, patting my head and calling me a silly girl, and insists — will forever insist — that he was only gone a few minutes, that I am already sound asleep when he gets back to the car. Still, he and my mother agree that Nancy can be her middle name. Elaine Nancy Good.
Maybe it’s because I can’t say it properly but I never call her Elaine, I call her Nancy. Always Nancy. It doesn’t matter what it says on the birth certificate, she is Nancy to me. My parents agree that with her dark curly hair, she isn’t an Elaine, she’s a Nancy. Later she will be Nan. Nanny. Nanafanan.

Of all the souvenirs we take home from Turkey — the exotic carpets, the fluted brass jugs, the boxes of sticky-sweet candy my parents pick up at the bazaar, neatly wrapped packages of Turkish Delight —it’s my dark-haired sister, Nancy with the Laughing Face that blocks out the darkness of that night.