And the sparklers red glare [Also on iTunes, Stitcher and SoundCloud] 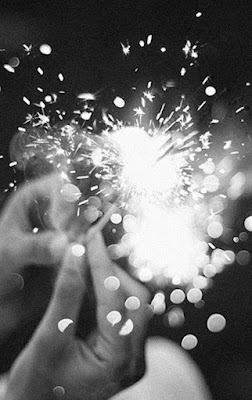 We didn't celebrate the Fourth of July when I was a kid growing up in Canada in the Sixties. But that doesn't mean we didn't have fireworks.

And the Sparklers' Red Glare

July 1st and in Niagara Falls we were celebrating Dominion Day just a few days before the Americans right across the river celebrated their independence. As a kid I didn't separate the two concepts. Fireworks were fireworks, explosive charges that burst into beautiful fiery lights, zapping our sleepy summer skies with noise and color and a dash of danger. The nuance that the Americans were celebrating their freedom while we were celebrating the 1867 union of the provinces of Nova Scotia, New Brunswick and Canada into one country, the Dominion of Canada, under the governance of British rule was lost on me. It was 1963; the maple leaf flag was yet to be, the Union Jack still waved. God Save the Queen!

Like the American kids across the river, all we cared about were the burgers being grilled, the crunch of sweet corn, butter running down our wrists. Running through the sprinkler, rinsing off the sticky dampness of summer. And how much longer we had to wait to set off the fireworks. They call it Canada Day now; they made the change in 1982. I don't know what families do in Niagara Falls to celebrate these days but in those less tethered times, we didn't pile into a car to go sit in stadium seats and watch a big fireworks display at some local venue, complete with classical music. We simply went into the backyard where our dad would set off our store-bought fireworks at the bottom of the garden. Fireworks he likely picked up on the American side of the river. A patchwork of explosions blazed in the sky up and down the block.

Then, like now, it took forever, all day long practically, to get dark. In the meantime, hopped up with holiday spirit, we huddled around my friend JoAnn's garage while someone's older brother [mine?] passed out sparklers they'd smuggled from their parents cache. Even then, just having matches, running around with sparklers without a father looking on, was a punishable offense that could get one sent to one's room. One's room where there was no TV let alone a computer.

Being bad, I knew, often brought its own consequences, worse than being sent to your room where Nancy Drew was always waiting. In line for my turn to light my sparkler, breathing through my mouth, glasses slipping down my sweaty nose, I worried at those consequences: the danger of getting caught, of getting burned, of backing out and being called a suck. Which was the greater danger I wondered, while JoAnne's sparkler lit up with that tell-tale lisping spark? That first hiss and flash was thrilling. We held the sparklers straight out, far away from our almost bare bodies—sleeveless cotton tops, seersucker shorts—and drew circles in the air; trying to write our names before they fizzled out.

The sparklers had come packaged in a slim plastic bag, a dozen, maybe two dozen in neat little soldierly rows. Someone's bright idea, that older brother's? [mine?] to bore holes through the plastic with the red hot end of the stick. Sizzle. Spark. A flash, a flare. Plastic flying. A red speck, a ladybug, landing on my hand, the fleshy side of the pointer finger of my left hand.


Ladybug, ladybug, fly away home. Your house is on fire and your children are gone.

A red hot ladybug. A scream. Mine. Someone pulling the plastic-free. [My brother?] Great big gulping tears that had to be swallowed. No running home to momma for me. No hugs. No there there, it's okay.

The consequences. A tiny scar, a shiny little spot, ladybug in size and shape, just to the right of the knuckle. Vivid then, a solitary spot on my pudgy little girly 10-year-old hand, that scar has been joined by other scars since, remnants of slipped knives, dripping candle wax, freckles and age spots from a lifetime of living in the sun. The marks of time, the consequences of living.

If you liked this post please forward it to a friend or share it on social media. Thanks!
childhood family memoir podcast