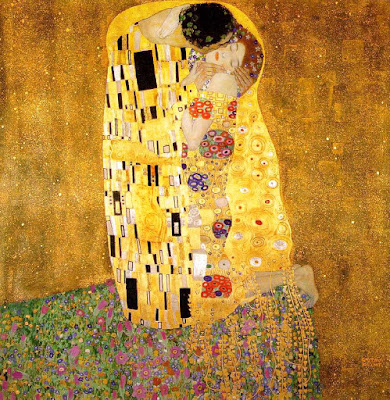 Last week I shared this blast from my past about a trip I took to the south of France in the 70’s. Here, at the risk of boring you, without further adieu, below is part deux. Or listen to The Walk & The Kiss, together, on the podcast.

It wasn’t a big kiss, not a French kiss, not even a kiss on the lips. It was just a quick peck on the cheek, a squeeze of the hand but I felt like a twelve year old getting kissed for the first time behind the big tree out on the schoolyard. I kept my eyes on the road ahead, silvery in the dark night, and tried to keep my smile from bursting out of my body, as we kept walking along that long country lane in the south of France, heading to a dance.

Up ahead, a girl was sitting on a large rock by the side of the road. She’d taken her shoes off and was rubbing her feet while the guy she was with, peered at a map in the moonlight. He all but scratched his head.

The girl waved a shoe at us as we approached.

She proceeded to speak in French, fast and far, far above my limited knowledge of the language. Michel shot back a complicated linguistic volley, his response complete with pointing back down the road in the direction he and I had just walked. The boyfriend, clearly as lacking in French language skills as I was, just stood there staring, as I did, first at one and then the other, utterly out of the loop. For all we knew they were making plans to ditch us.


“He says it’s that way” the girl told the boyfriend in English English, in a precise shade of the language that reminded me of my London-born mother.

“Are you trying to get back to Bandol? To town? You just keep walking straight down this road and it will take you right to the waterfront.”

Obviously, that was exactly what Michel had just told her but I wanted in on the action.

I didn’t say no. I didn’t go into the details, my complicated little story of actually being British, born and bred, but raised in Canada and now living in California. I realized then and there, that yes, I was an American. Certainly as far as any true Brit was concerned, I was a Yank. American with—like plenty of my fellow Americans—deep British roots. Instead we had one of those short conversations travelers have, sharing briefly where we’d been, where we were going. I explained I’d been introduced to Michel less than an hour ago.

The girl, pretty and fresh-looking with the kind of shampoo commercial long straight honey blond hair that, once again, had me regretting my own short haircut, had been at the dance with her boyfriend, and now were heading back to town. They thought they might have missed the turn off.  It was good—the dance—they both assured me. We were almost there, another quarter mile. A half mile at the most.

Michel had been following our conversation, bouncing back and forth between us, like you do at a tennis match. Like the boyfriend and I had done moments before.

I looked at Michel and made a sad face.

He looked so funny, his shoulders up in the air, his face pulled into a ‘so what’ question mark, I had to laugh.


“You’ll be fine” the girl told me, laughing too, slipping her shoes back on. “I just hope my feet make it.”

And with ‘bon chances’ ‘bon nuits’ we were off. We carried on in the black and blue night, listening to the sounds from the dance for awhile, drums and guitar strums and the hum of voices, muffled then clear, muffled then clear,  before Michel stopped and turned to me. His voice was thick, like it was drenched in syrup, his rudimentary English, so much more advanced than my rudimentary French, oozing with adorable mispronunciation.

I laughed. He had to be joking, right?

“But you are américain, oui?”

We stood staring at each other, the both of us speechless, eyes narrowed, brows knitted in the universal expression of confusion, deeply doubtful we knew what the hell the other person was talking about. Neither one of us had the language skills to traverse this little morass. Did he really not know Americans spoke English? Okay, not the king’s English, but English all the same. Or was he putting me on? Was that why he broke our stare-off by shrugging again and smiling? I didn’t have a clue.

If we didn’t get to the dance soon, the night could turn into a complete disaster. In the meantime, he sure did have a cute smile. I thought about that little kiss on the cheek and we kept walking.

Do you spend a portion of your life Dreaming of France?
Connect with fellow francophiles at Paulita’s weekly meme at An Accidental Blog.

Oui, there is a little more to this story, coming soon.
Bandol Dreaming of France memoir travel: other places