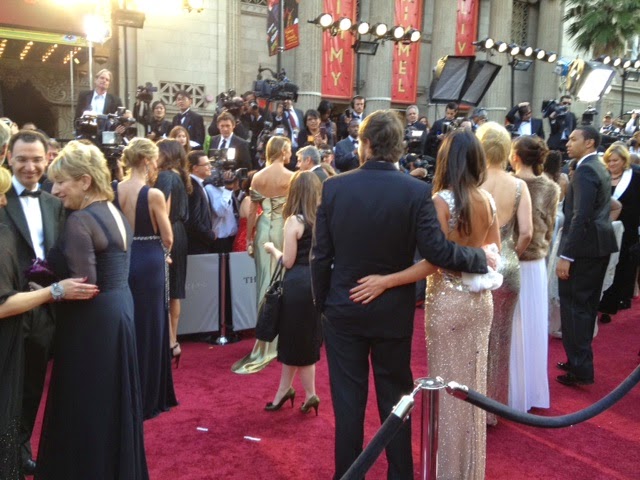 Can you find George Clooney standing to the right of Stacy Kiebler in their last trip to the Oscars together?

What are you doing Sunday night? Please don't say live-tweeting the Oscars! I know it's what we do in 2015 (and continue to do in 2016) live tweet everything, share our every thought with the world but I won't be doing that. I'm not putting it down—I tried last year and it was an epic fail—I just don't have the capacity to watch and tweet. Even though I reserve the right to insist that as a woman, YES! I can do two things at once, I can multi-task—and bring home the bacon and fry it up in a pan, I am woman, W-O-M-A-N but maybe it's time to leave the live-tweeting to you crazy kids under 30. Not to be a whiner but arthritic hands don't tend to fly across the tiny telephone screen with any kind of accuracy. I'm always missing the best things—the JLaw stairway fall, Alec Baldwin bungling Idina Menzel's name—as I'm stuck staring at my phone, furiously trying to correct auto-correct.

I also won't be going to an Oscar party. Like most of you, I've done that too, donned silk pajamas and a satin kimono for an Oscar ladies night. Sipping champagne and munching on hors d'oeuvres. The food was fantastic, the friends too, but I prefer to do my champagne sipping in my own home where I can focus on what's happening on the little box, not the chitter chatter. I think we can agree it's not polite to tell the party hostess to shhhh when it's her house so I'm done spending Oscar night discreetly sitting on the edge of someone else's chair, eyes and ears on overdrive, trying to see and hear what's going on beyond the party patter.

I won't be going to the Oscars as a seat filler either. I did that in the early 90's courtesy of my big bro who works at the Academy. I'd love to tell you all about it but the first rule of being a seat filler is you can't talk about being a seat filler. I'm serious; I signed some sort of silly—but binding—non-disclosure agreement. Suffice it to say being a seat-filler at the Oscars—where you sit in someone else's seat while they slip out to the john or the bar—isn't like actually going to the Oscars. It's more like being an extra—a background artist, if you will—providing your own wardrobe, no less, (which background artists often do, unless it's a period piece) and with one big difference. You're not even getting paid. Nope. Won't be doing that again. 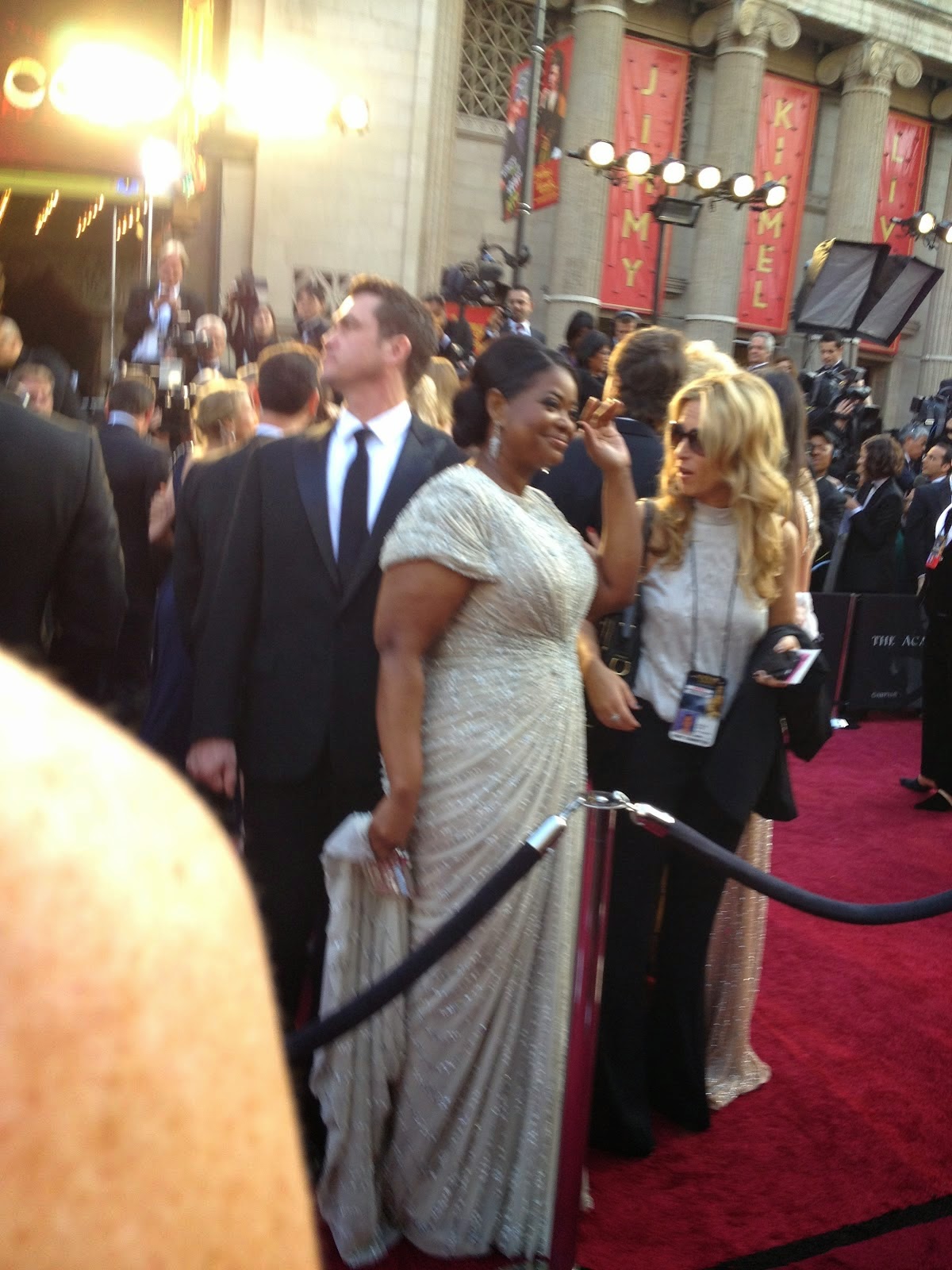 And I won't be going to the Oscars this year either. I did that back in 2012, again, thanks to my brother who took me as his date instead of his wife. It was the year The Help was nominated for Best Picture, Viola Davis was up for Best Actress and both Jessica Chastain and Octavia Spencer were nominated for Best Supporting Actress. Octavia Spencer, one of the few actresses I saw leave the reporters on the red carpet to walk over and greet her fans in the stand, took home the trophy. I think it was also the last year George Clooney took Stacy Kiebler to the Oscars. Did you spot them in the picture at the top of this post? They're right in the middle. 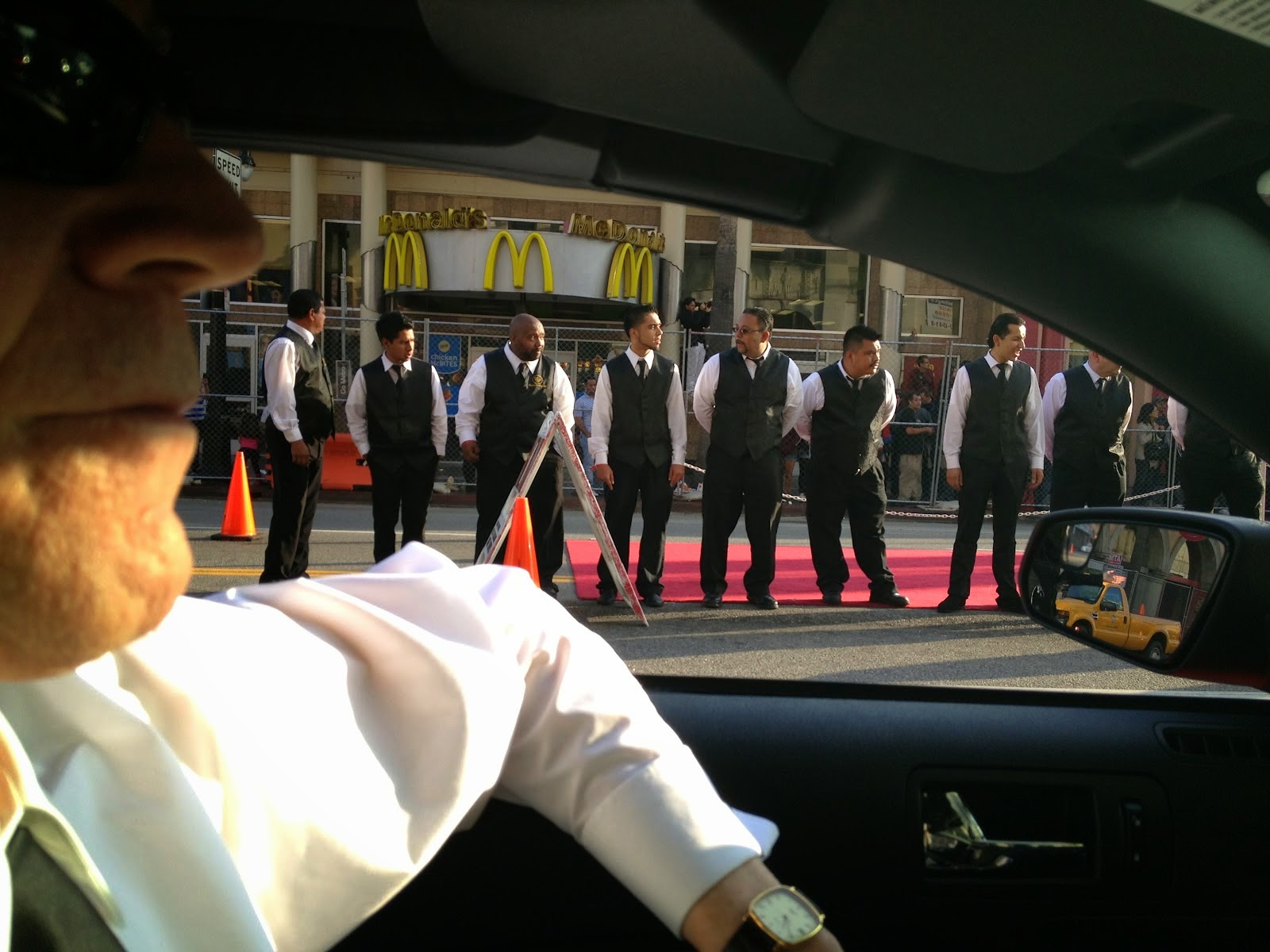 My brother pulling the car up to the parking area;  the valets are watching the stars

Being me, I freaked out needlessly over what to wear. Oh why did I have to be me, at my age, going to the Oscars? Why couldn't I have gone when I was in my twenties, or even my thirties, when I wouldn't have minded people staring at me on the red carpet quite so much? What was I thinking? No one stared at me; it wouldn't have mattered whether I wore my dream dress of sleeveless, body-skimming, low-cut white silk; a pair of stained sweats; or the black velvet tuxedo with the matching camisole that I actually wore: when we got out of the car and walked in, right behind Jennifer Lopez, no one was looking at me. Or my fat ass. Which is about 25 pounds skinnier than it was back then, by the way. That's life, isn't it? Now that I'm back to my fighting weight, ready to go dress shopping, I'm lacking the necessary invitation; like most years, my brother is taking his wife as his date. 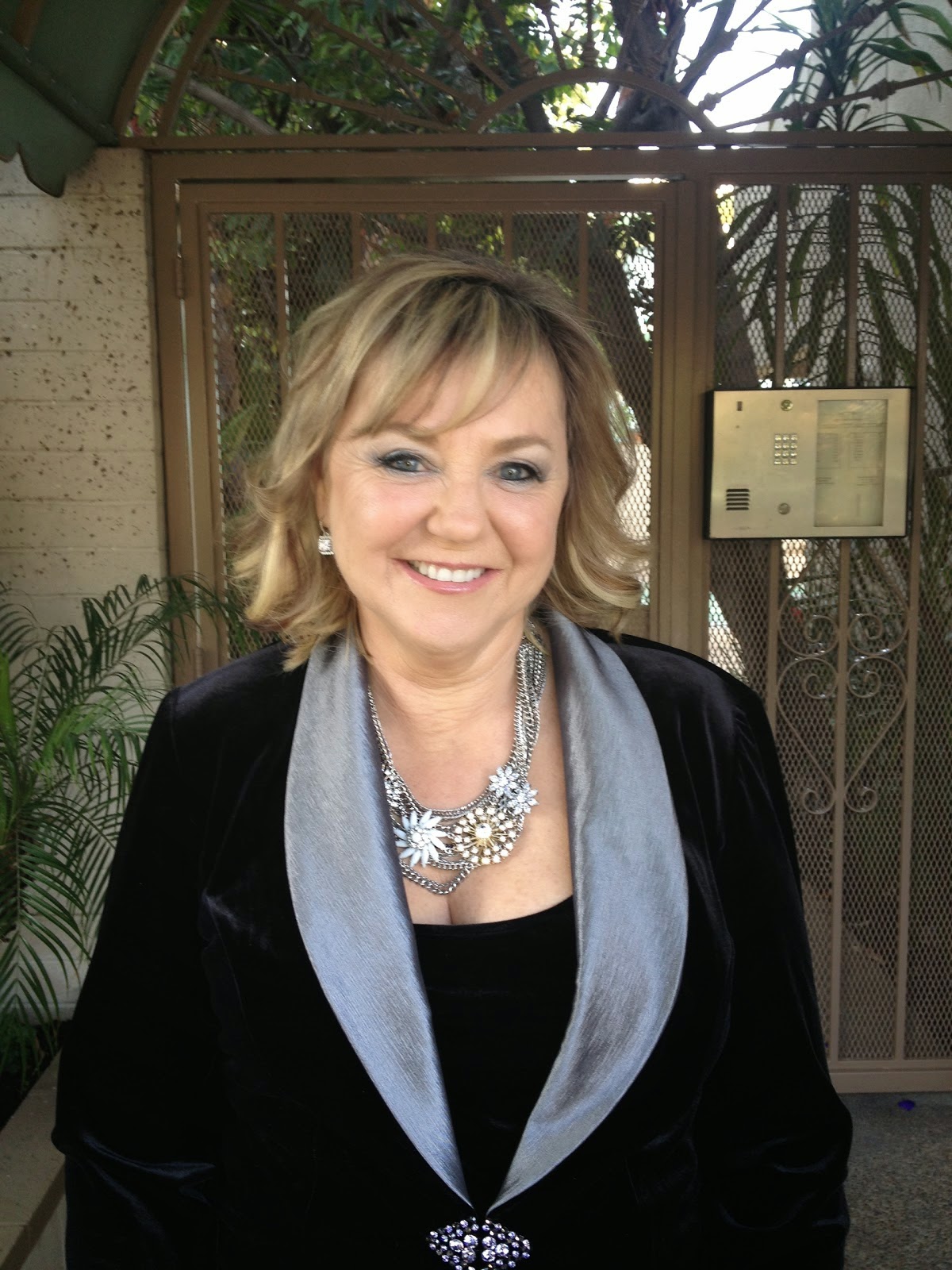 Which brings me back to my house where I'll be perfectly happy inviting Oscar into my living room to snuggle up on my big comfy chair, my champagne and a plateful of Nancy's mini quiche. And family who know when to hold 'em and know when to fold 'em. I know some of you can't be bothered with all the stupid fuss they make here in Hollywood over the Academy Awards. I get what you're saying but Hollywood isn't just my home, it's a huge part of my life: my husband works in Hollywood as an Assistant Director, my son is on his way to being a writer/director, my dearest friend's husband has a big job at a major studio, her son wants to be a stunt man, another of my closest friend's husbands is a very big deal writer/director with a movie out right now; and one of film's actors coincidentally happens to be a woman I know from a writing workshop.

That's how it is when you live in L.A.; you don't have to be someone to know someone. Believe me, I'm nobody, but here everyone knows someone who works in the business or business-related industry. From stunts to special effects to VFX. Prop rentals, camera rentals, trade magazines. Florists, greens men, on set photographers. Production assistants, teamsters, limo drivers. Casting directors, acting teachers, dialect coaches. Agents, managers, behind the scenes film crews. Set medics, snake wranglers, boom operators. Actors, directors, producers galore.

While my own Hollywood career was fairly brief—I worked as a production assistant in producer Joel Silver's office back in the 80's, then moved over to Tales from the Crypt where I worked one season as an assistant production coordinator before moving up to production coordinator for The Favor with Elizabeth McGovern, Bill Pullman and Brad Pitt, fresh from shooting Thelma & Louise. Right after that I met my now-hubby and got pregnant working on Free Willy in Mexico City. The little onesie I hand-painted for my baby boy; a whale and the words "Made on Location" is packed away in a box of memorabilia but I can always trot out that little anecdote to embarrass him.

So yeah, even though the Academy, with its predominately old white man membership, often gets it wrong, I'll be watching. It's the family business. It's true that minorities and women are sorely and seriously under-represented; a situation that needs to be remedied but it's a situation doesn't start and end with the Academy. We need to find ways to create more opportunities for women and minorities to tell their stories, make their movies in the first place and then not only get them distributed, but support them properly. What helps is people like you and me spending money to see movies made by women and minorities. That's the kind of award, the box office success, that really determines who gets to make the movies; with any luck they're films we all want to see.

The more things change, the more they remain the same. I wrote this in 2015, this year the #OscarsSoWhite debate and a potential boycott emphasize the need for change.