Above Ground on the London Underground: Day 26–Venus at the Victoria & Albert 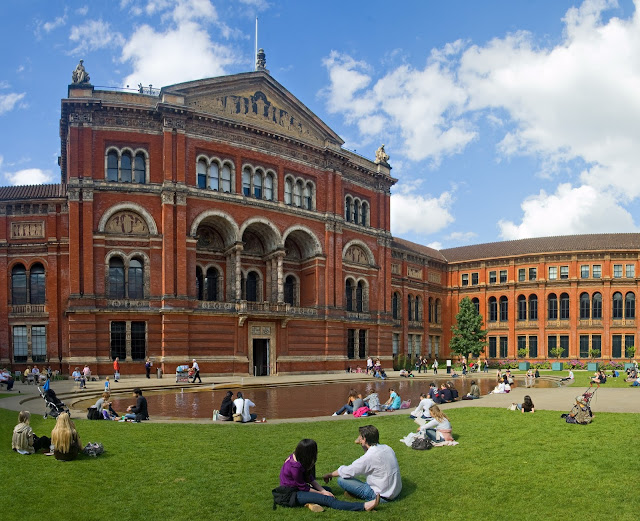 I’m taking a virtual walking tour ‘above ground’ on the London Underground. Using my Tube guide & my fitbit® device, my goal is to walk 10,000 steps a day roughly following along the Underground route, reporting back here on Fridays with my findings. Here are the days that came before. Close to the Piccadilly Line. This is Day 26

When we left off the virtual walk last week, next door at London’s Natural History Museum, I posed the question, should I stay or should I go? Stay in this museum rich district or go back to the Picadilly line and follow the track for 10,000 steps?

The question was rhetorical. How could I be this close to the Victoria & Albert and not go inside? Calling itself the world’s leading museum of art and design, looking akin to an Ivy League university, the museum could easily stand in for an institute of higher learning. Paintings, photography, textiles, jewelry, theatre, architecture.  The V&A delves into them all all. We could dabble, take the free one hour introductory tour—I’m all about the freebies—departing four times daily from the meeting point at the Grand Entrance, and learn a bit about the museum’s history, and sample a selection of works from the museum’s collection: paintings by Constable, a Unicorn tapestry dating from the 1500’s, Canova’s The Three Graces and the world’s first commercially printed Christmas Card. We could do that. But with the Botticelli Reimagined exhibition running through July 3rd, I’d rather focus on that. Admittance is free and we can come back anytime for a follow-up virtual visit. For today, I’ve got Venus on my mind. 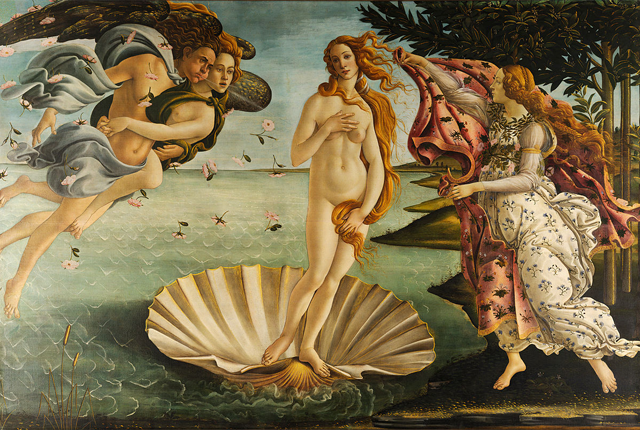 The Birth of Venus by  Sandro Botticelli

This is it, The Birth of Venus, along with the Mona Lisa one of the most talked about depictions of woman in the history of art. An image so powerful in its’ striking ethereal nature and its’ not-quite-full-frontal nudity that it has informed the world’s idea about the very definition of female beauty almost since its creation. Almost. While the Botticelli masterpiece, all 6 by 9 glorious feet, the virginal Venus, modestly covering her genitals with long, lustrous locks, currently resides at the Uffizi in Florence, Botticelli's paintings disappeared from view for three hundred years, and were only rediscovered in the 19th century.

Much of the art that his Venus has inspired is on display here at the V&A. The exhibition includes painting, fashion, film, drawing, photography, tapestry, sculpture and print, a visual exploration of the ways that artists and designers have reinterpreted Botticelli. Venus, long-legged, slender, pale and curvaceous, golden hair long as Lady Godiva’s, is born as a fully developed female, alluring but modest, newborn, therefore virginal. The feminine ideal. 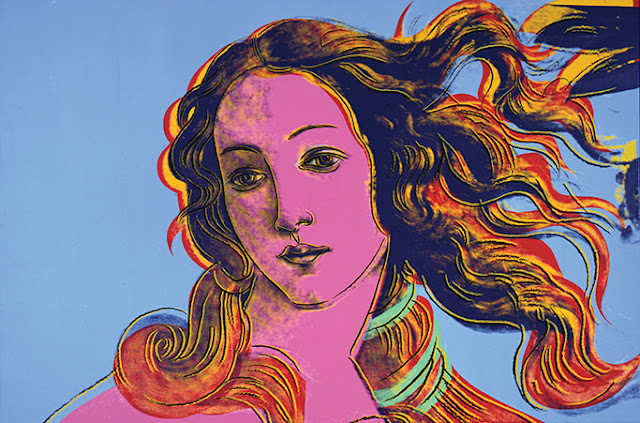 While Botticelli’s Birth of Venus may be absent—it’s too fragile to move from its Florence location—there are over 50 other original works by Botticelli, alongside works by artists including Dante Gabriel Rossetti, Edward Burne-Jones, William Morris, René Magritte, Elsa Schiaparelli, Cindy Sherman and Andy Warhol. 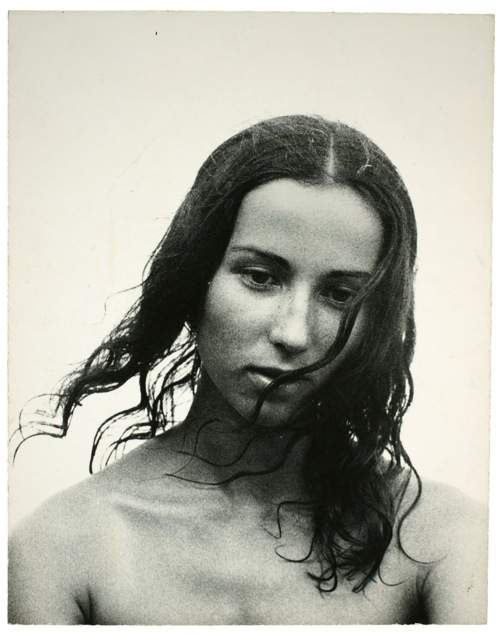 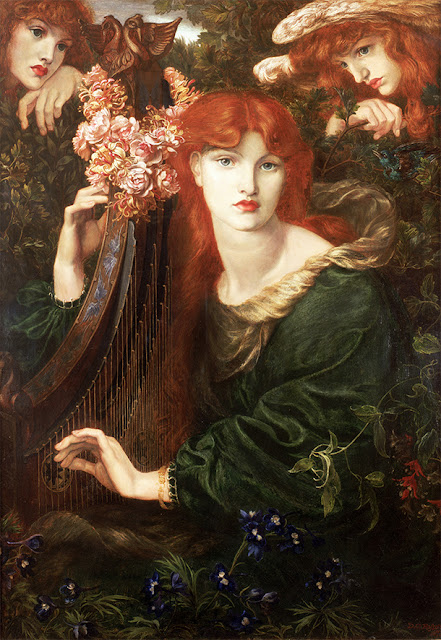 There’s even a clip from the film The Adventures of Baron Munchausen featuring Uma Thurman making a Birth of Venus entrance.

Who was the model for the Birth of Venus? Painted in 1483 during the Renaissance, Botticelli’s muse is generally thought to be Simonetta Cattaneo de Vespucci, an Italian noblewoman said to be 'the greatest beauty of her age.' Nicknamed ‘la bella Simonetta’ (my name, by the way, if I were Italian, just saying), Simonetta (my sister calls me that sometimes) was married and thought to be Botticelli’s great unrequited love. Who else would love to be immortalized on canvas by a brilliant artist! Do we all have that fantasy, or is that just me?

After the tour I’ll pick up a souvenir postcard from the gift shop (I’m a tightwad) and see what the cafe—the oldest museum cafe in the world—is serving for its soup of the day. Fingers crossed it’s not clam chowder.

Then, because I really do need the exercise and some fresh air, I’ll take a walk around the area. I’ll just keep walking around and around from the V&A to the Science Museum until I fill up my 10,000 step quota. I reckon that’ll be about four times.

Every Friday I join Joy Weese Moll for British Isles Friday ...
come on along.