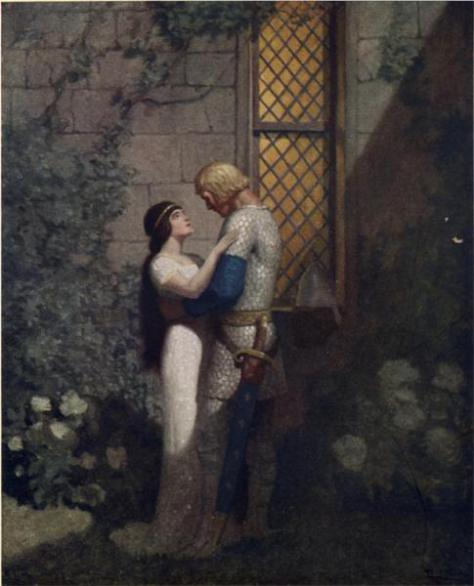 I’ve been taking you back to Bandol with me lately. First came The Walk, then came Le Kiss. Here’s the final part of the story. The whole story is now available here and on Soundcloud and iTunes so you can start at the beginning if you like.

It felt like we’d left Bandol and the beach far behind us. We had to be very close now, close to this place out in the middle of nowhere where Michel was going to take me dancing. Finally I could hear voices, shouts and real laughter; a boy’s hoot, a girl’s bell-like tinkle. Someone called out Veronique, Veronique, Vero! There was an answering cackle and something else, something in French that I didn’t understand. Whole words, snatches of sentences, floated through the still night air, loud enough for me to hear except that they were in French, and so, much like the sea breeze on this hot summer night, they fluttered and fell away before I could grab hold of their meaning.

But the music. That I understood. I could see the place where the sound was coming from, a soft blue blaze of light arcing off the wall, just up ahead on the left side of this dark country lane. At last, we’d reached the dance. At least, some tiny part of me thought with relief, there really was a dance.

“Hey! It’s the Stones,” I turned to Michel as Mick Jagger’s moaning tones filtered down to us. “I love this song.”

Michel slid his arm around me, this French boy I barely knew, his hand heavy on my shoulder where it still tingled from too much sun. He sang along with Mick, softly into my neck “Ahn-Ghee, you’re bu-tee-full” and for the first time on this trip, I didn’t regret my short haircut. I could feel every breath skimming across my skin.

My name wasn’t Angie and I wasn’t beautiful, but I didn’t care. I was leaving Bandol tomorrow but tonight I was here having an adventure with a French boy with dark hair that swooped down over his forehead and a black tank top that showed off his muscles, tawny and firm to the touch. We stopped walking altogether then, hidden from the moon light by some low hanging branches of a pine tree. I felt ridiculous but Michel didn’t seem embarrassed at all to be singing me a Stones song, swapping my name out for Angie.

“Simone, you’re bu-tee-full. Is not time to say goodbye.”

The way he sang my name, ‘See-mun’ like I was some femme fatale in a French movie made blush inside. Why couldn’t everyone say my name that way? Why couldn’t American boys? Why couldn’t I? What’s your name? Is it Mary or Sue? No, I’d say, smiling up from under my eyelashes. It’s See-mun.

I couldn’t wait for him to finish the refrain, tilt his head and make his move to kiss me. For real this time, not the peck on the cheek he’d given me earlier. So there we were, standing in the dark, just kissing, him holding me by my shoulders, the pressure of his fingers stinging my sunburn a little but not enough for me to want him to stop, his breath a not unpleasant mixture of garlic and Gauloises. My first real French kiss, not too fast, not too slow, just right.

There was a high wall behind us, separating the houses from the gravel road, and taking me gently by the hand, Michel leaned me back against it. For a moment I felt nothing but relief as the sting subsided, and we kept kissing, just kissing until he took my hand and guided it down, pushing past the waistband of his Levis, grazing my fingertips against the big metal buckle of his wide leather belt, and pressed it up against his denim-covered crotch.

My hand recoiled of its own volition, no thinking involved, no decision on my part, just pure reflex. With my other hand I pushed at his chest, heaving him away. I took a few steps sideways, out of his reach.
He put his hands up in the air. Surrender, looking as shocked as I felt.

There was nothing pretty about me in that moment, nothing ‘bu-tee-full’, my face twisted in confusion and anger. I must have been afraid but mostly I was furious. How dare he ruin my French boy fantasy?

There was that shrug of his again. That charming shrug and then he reached down to touch himself. If that’s what I wanted. Pas de probléme. Cool. Whatever.

“Okay?” Like he was asking if that was how I liked it. Like this was some form of standard foreplay.

I told him I was leaving and he just stood there, looking confused. Like he didn’t know what my problem was.

My hands were working a mile a minute, shooing him off up the road. Could he not hear the rage in my voice? Did he not even understand why I was so upset? He stood with his hands on his hips, watching as I turned to head back down the road to the beach. It wasn’t a silvery strip in the moonlight anymore, it was just a plain old gravel road that bit at my feet in their thin-soled sandals. I thought he might come after me, say he was sorry, that he got carried away, somehow make it okay, but he didn’t. When I looked back I saw him walking, not in my direction, but toward the pale light, to the dance, after all.

Then he’d tell them about the crazy American girl he met. “I don’t know what her problem was” he’d tell the guys in French. “She said she wanted to go to the dance and finally when we almost arrive, poof, she disappears.” They’d roll their eyes, make ‘she’s crazy’ circles in the air with their fingers.

American girls had a reputation for being easy, that’s what I heard later, that some Europeans thought all American girls were easy. Maybe I was. Back home I’d never go off down a dark lane with a boy I didn’t know. A boy who spoke a language I didn’t understand. What the hell did you think you were doing? my father would have said. Haven’t I taught you anything at all? He didn’t trust the male species, men or boys, not one bit. One thing, that’s all they wanted, that was his point of view. One thing.

There was Michel expecting one thing and there I was, miles from home, looking for something else entirely. A little adventure, a little French romance. Talk about two roads diverging in the woods! What was I doing? Like some pathetic character in a country western song, I was looking for love in all the wrong places. Maybe it wasn’t such a bad time to be going home.

Epilogue: The next day on the way to the train station we stopped by where the boys were camping. Michel stopped by too. I have a snapshot of the two of us in an old photo album. Michel is sitting on the rock wall, I'm standing next to him, both of us are grinning, a little sheepishly, I think. Underneath the photograph the 20 year old me had written 'Michel, my belle'. Forget the lousy French, the grammatical incorrectness, what was I thinking?

When I arrived home in California I must have taken that roll of film and dropped it off at the Fotomat kiosk for developing. Picking it up, I would have leafed through the shots and deliberately chosen that picture, purposefully stuck it between the plastic pages of my photo album. I'd replaced the confusion and anger I'd felt when Michel had taken my hand and moved it down over his genitals with some sanitized version of the requisite vacation romance. Writing 'Michel, my belle' I'd romanticized a botched one night stand with that boy in Bandol into a night to remember. I'd taken the hurt I felt when he left me standing alone in the dark on that gravel road and rewritten it as just another vacation adventure story. That makes me so sad for the girl I used to be, even sadder to know that a small part of that girl lives in me still.

Garlic & Gauloises is this week’s contribution to the Dreaming of France meme hosted every week by Paulita Kincer at An Accidental Blog.