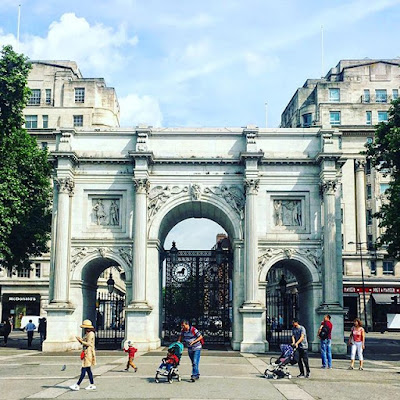 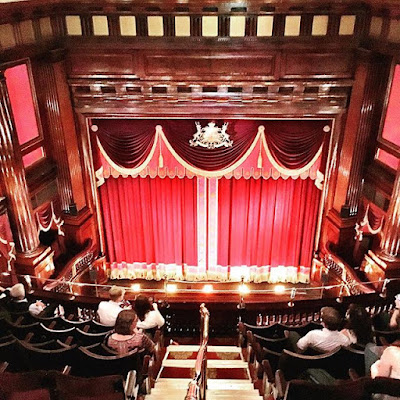 St. Martin's (where we saw The Mousetrap) 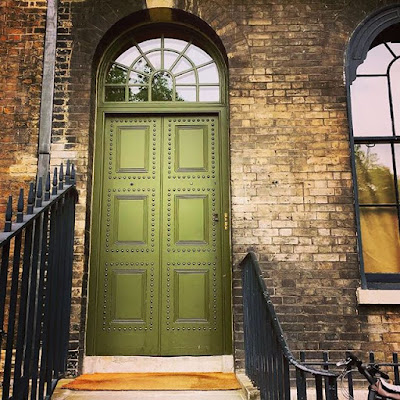 The weeks pass so quickly and are so full of strange happenings these days that Friday hits me in the face hard. How can it be British Isles Friday again? I feel as taken by surprise as if I looked up from my desk to find a whipped cream pie being thrown at my face.

Hurricanes, floods, fires, earthquake, terror attacks. There’s so much going on, do you feel the same way I do? Overwhelmed by it all? A vulgar, mean-spirited, loose cannon ‘running the country.’ That stupid saying ‘The world is going to hell in a hand basket’ feels absurdly true.

We had an earthquake here in Los Angeles. A jolt, like an elevator settling, a ‘nothing burger’ as some might say. That was followed by the truly horrible Mexico quake where we watched four story buildings collapse before our eyes, watched first responders try to dig out victims, rubble by rubble with their hands.

In the Caribbean, Hurricane Maria has devastated the tiny island of Puerto Rico, a place I called home the year I turned fifteen. It’s also a place where one of my husband’s cousins and his wife relocated to from California. His whole family flew to the mainland last week before the hurricane hit, everyone except him. He elected to stay behind with the dog. They have a strong well-made house high on a hillside so flooding wasn't a concern, but the wind could be. There's no power on the island, his wife hasn't heard from him since the hurricane hit.

My son is in Chicago doing a weeklong improv comedy workshop. He's twenty four, not a kid, but still I worry. What if he wanders off into the wrong neighborhood, one of those areas where the violence seems never ending? I needn't worry. He's sent me a couple of texts over the course of the week, even called once to say how blown away he is by Chicago. The other night he went to see a show at Chicago's famed Second City, he sent a photo of some of the great comedians that have come out of there. He texted this morning while he was waiting for the subway, saying last night he'd been to the Chicago Art Institute where he saw Nighthawks, American Gothic and many, many Monets. He flies back to LA tomorrow; if we are lucky, his girlfriend will be busy and he'll choose his dad and me to pick him from the airport. We are much cheaper, after all, than Lyft or Uber.

How is that for an excuse for having such a meager offering for British Isles Friday, just a few photos I shared on Instagram from our trip to London? I should have just said the dog ate my homework and let it be!

And through the magic of the internet, two of the masterpieces my son saw at the Chicago Art Institute. 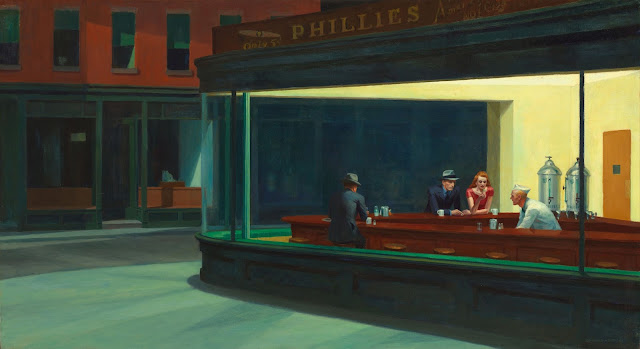 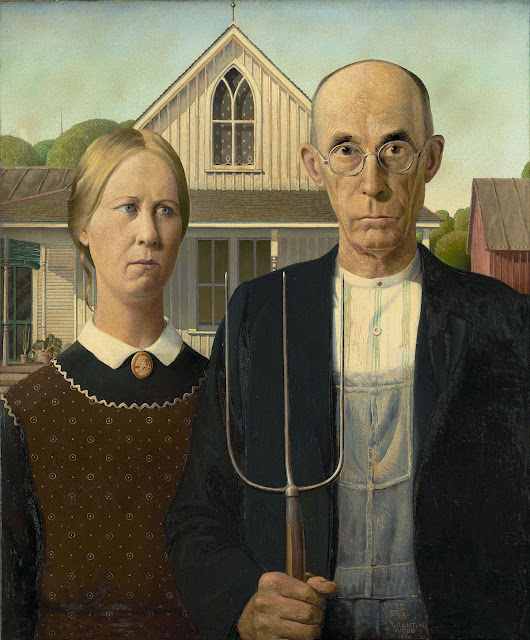