Time to slay your own dragons, ladies. 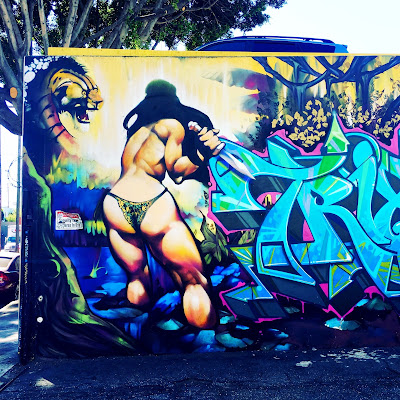 My first kiss was an unwanted one. I was seven years old when a boy named David pushed me up against the wall outside our apartment building. Forcing his mouth on mine, his breath, hot and fusty, something sickly sweet like apple juice and milk gone sour in his gut that made me squirm. I don’t remember seeing him as I ran with my brother and the other neighborhood kids through the empty lot next door, scrabbling over the toppled trees, slick with moss, tripping over the bramble of twigs and woodsy decay, but he must have been there, his knees as scratched and muddied as ours, before he caught up with me in the driveway that ran alongside and behind the apartment building.

As usual I’d tagged along in my older brother’s shadow. Tag, hide and seek, cowboys and indians, the games kids used to play. Outdoors, up and down the streets, no watchful mommies on red alert. Ignoring our mothers’ warnings—don’t go into the woods, don’t go into the woods—we went into the woods, woods that in fact were probably little more than an empty dirt lot with a few trees and a couple of toppled trunks, the ground full of overgrown weeds.

But it wasn’t going into the woods that day that was the problem. It was coming out of them. Running as fast as I could, breathless, sweaty, suddenly being chased by David. I raced across the tarmac trying to get away but he grabbed me, shoved me up against the stucco of the apartment wall. I tried to move my mouth away as he came in to kiss me, his hands holding my arms up against the wall, the rust colored freckles on his face getting larger and closer as he forced his slick cheeks against mine, mushing his lips against my mouth until my big brother and the other kids scared him off, sending him running around the back of the building. I was seven, he couldn't have been more than eight. My first kiss, I’ll never forget it.

It means he likes you, that’s what we were taught about boys like that. Boys who pull on pig tails, who snap bra straps, who push girls down in the snow to steal a kiss, who press them up against a wall. Boys who grow up and sit beside you in a car, grabbing you by the neck, pushing your head down into their crotch. It means he likes you.

I must have been relieved my big brother scared David away, something of a heroic knight looking after his little sister. “Look after your sister,’’ our mother would have said.

Many of us, as girls and women, have counted on certain boys and men to protect us, to look after us. I have been, for the most part, lucky. But I know women who haven’t. They trusted brothers, classmates, fathers of friends, their own fathers, neighbors, uncles, teachers, coaches, coworkers, colleagues, ministers, boyfriends, husbands, doctors and men in positions of power that they looked up to, men who promised to help them succeed. Some have proved trustworthy, some have not.

What is clearer and clearer in 2017 is that more and more girls and women are revealing they were betrayed by boys and men who presented themselves as one thing and turned out to be another. Wolves in sheep clothing. The men our mothers warned us about, the men who lurked in the woods.

These days the woods are hotel rooms posing as conference rooms, beds in disguise as doctor’s examination tables, locker rooms that doubled as lairs, congressional offices that become places where powerful men in the public eye revealed a disgusting and unseemly private side. Dressing rooms where beauty pageant owners can barge into as if they own the place, because they do.

As a woman of sixty plus, born in the 1950’s, it’s incredible to me that we are still dealing with this. That we haven’t evolved beyond the days when our mothers told us to watch where we walked, and watch who we walked with. To never go to a boys house, to never be alone with a man, unless we understood the consequences of that action. It was understood, back then in the old days, that boys and men only wanted one thing. And it wasn’t your friendship. It wasn’t for your mind, or your ideas, or your conversational skills. It was for what it’s always been about, the sweet spot between your legs.

Can it be after all this time nothing has really changed? I hope these men are outliers, ancient relics of a time gone by. I really do and I think they are. In the meantime, speak clearly and carry a big stick. Or like the lady in the painting, a knife. A very sharp knife.