Looking for my great-grandfather's grave at a British Cemetery ... in France. 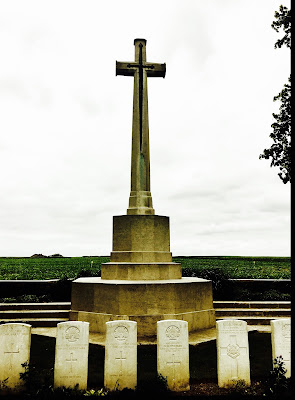 My husband and I spent last May hitting a few of the European hotspots Americans have been visiting for eons. London, Paris, Rome. The Cote d’Azur. One of the places we stopped at isn’t on everyone’s list: a trip to a cemetery about an hour north of Paris.

Learning in 2015 that my grandfather and great-grandfather both fought in the Battle of Flers-Courcelette in the Somme in France in the autumn of 1916 sparked my interest. Finding out that my great grandfather, George Hayden actually died there and was buried there, is what ultimately spurred our trip to Europe. I was born in England but hadn’t been home to England or the continent in almost 30 years. Why not make the most of it, visit the grave to pay our respects and squeeze in as much of Europe as we could over the course of a month, pushing our budget to the limit? Why not?

As it turned out, there were so many amazing sights to see that we left our visit to the cemetery until the end of our trip, driving up from Paris on our last day in France before leaving for London and our return flight home.

It wasn’t until Mark asked me on that final morning for the cemetery’s address so he could plug it into the phone that I realized I didn’t have the information with me. No problem, we agreed. We’d done the research back home, remembering that it was in Courcelette took all the guesswork out. He plugged in the vital info and there we were, a little blinking blue dot on the map, and there it was, the Courcelette British Cemetery. 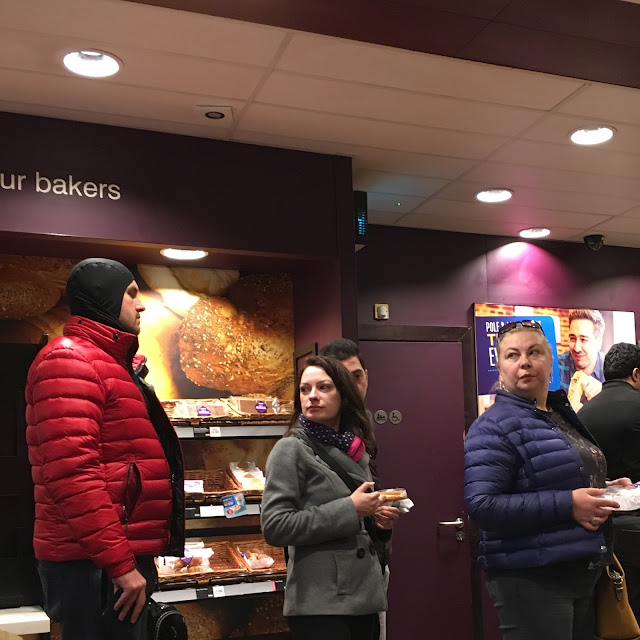 It was a beautiful drive up the A1, the fields in the surrounding countryside fresh and green, the weather much warmer in France at the end of May than the chill we’d felt in London at the beginning of the month where almost everyone but us was decked out in chic puffy winter jackets. We were bundled up in bulky layers, looking like the ill-prepared tourists we were. 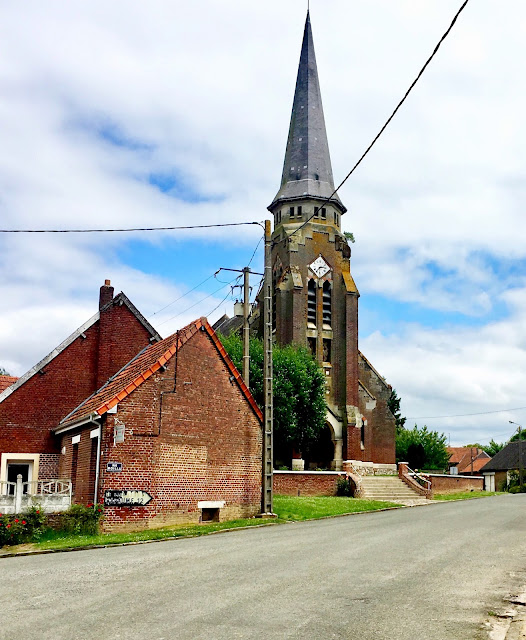 Still, the sight of the village of Courcelette sent a shiver through me. We were so close! Taking a few more turns we came to a quiet graveyard surrounded on three sides by fields. There was no signs, just a cemetery with rows and rows of simple headstones. There was no parking lot but there was plenty of room to park at the side of the road where we found the entrance, a set of stairs that led up to a smallish stone building, a gatehouse of sorts. Inside the building there was a binder with all the names of the soldiers buried or commemorated there. Their rank and battalion. I raced over the names, rushing to the H’s, looking for Hayden. It wasn’t there.

My husband took the binder, went over it again methodically, while I started searching the actual cemetery. Maybe the records hadn’t been updated? There were a lot of graves there, almost 800 graves, each one planted lovingly with flowers, the earth freshly turned. I looked at each and every headstone, saw hundreds of names but not his. I was moved by the care, truly a case of TLC the French supplied in tending the sites. And I was devastated that my grandfather was not among them. Stunned, I double-checked the names on graves I’d already looked at while Mark tried to console me.

On our way back to Paris, we saw other graveyards, some smaller, holding just a handful of graves, others much larger and more formal in scope. My husband stopped at them all, helping me search for his name. Finally, all cried out, we drove back to Paris quietly. I’d screwed up, but I didn’t understand quite how.

This past month I sent an email to the Commonwealth War Graves Commission asking for help. I sent the photograph I’d taken of the cemetery cross (top of the page). I’d been told my great-grandfather, a member of the 11th battalion, Queen's Own (Royal West Kent Regiment) was buried there, I wrote, but I’d been unable to find his grave. 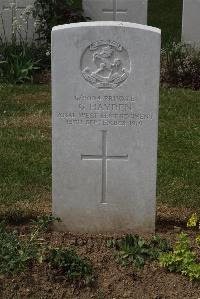 But he was there. The representative from CWGC even sent me a picture of my great-grandfather’s grave. It just depends on where there is. There, it turns out, is the Guards Cemetery at Lesbeouf in Courcelette. We’d been in the British Cemetery in Courcelette. We’d simply turned off the A1 too soon. At the end of the day, the cemeteries were about 15 minutes apart. But I didn’t know that then, and the Guards Cemetery was not one of those we passed on that depressing day.

There are 3,137 Commonwealth soldiers buried or commemorated at Lesboeuf. The cemetery is on the site that  the Guards attacked on September 15, 1916. September 15th, the first day of the battle and the day my great grandfather died. The very first day, as thousands did. He was 55, following his sons into battle. As he told my grandfather ‘‘I am coming with you and whatever happens I will know I have done my duty.”

I have to do my duty too so we’re going back. Maybe not this year but as soon as we can. This time, we’ll pack properly with warm clothes if we end up going in early May. And we’ll plug the correct address into the GPS.