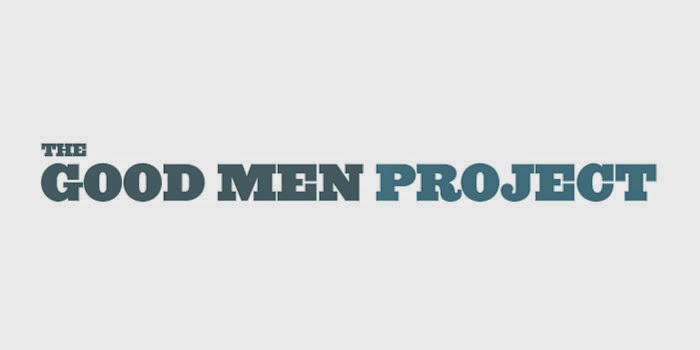 How sweet it is! The Good Men Project ran my piece Seven Reasons Older Women Love Older Men! A response to their Seven Reasons Men Love Older Women. When I turned sixty my one thought was, wow, sixty is shitty!  Really! I wished I felt like rocking some sort of 'sixty is the new sexy' tattoo except for me, sixty sucked.

But I've had a change of heart. Looking back at some photos of younger self, I know exactly how critical and self-loathing I felt at the time. I could fill a page at least, listing all the things I've hated about my inner or outer self at one time or another. And I know that while the dreaded sixty isn't pretty, it's perversely going to look a whole lot better when I'm sixty four. While sixty four, in turn will feel even worse if I continue to focus on the lines gathering like a perfect storm on my face. What a waste of perfectly good time that would be! The inexorable march of time moves on, what are you doing to embrace it?

Not too long ago I read a sweet piece on The Good Men Project entitled Seven Reasons Older Men Love Older Women. It’s an endearing article on how what the author finds attractive in women has aged along with him.

The piece got me to thinking what it was like for them. The Men. Time was no Real Man would have what we used to call plastic surgery. They didn’t need to. Real Men rocked those rugged lines, got character points for the crannies and crevices carved on their faces. And we women loved and hated them for it; the injustice of men not having to abide by the same standards. Sixty and still sexy. Damn!

Those days are long gone. The celebrity adoring, youth obsessed culture has gotten to the mens’ self esteem too. Today, just like young women, men in their twenties are waxing their bodies, bleaching their anuses, and doing botox to keep the lines away. Modern day Peter Pans, they refuse to wait for the wrinkles to appear. Why wait to look old when like a Toys R Us kid, you just won’t grow up?
If that’s how all the young dudes feel, what the hell is a guy on the wrong side of forty supposed to do? Speaking on behalf of the older women of the world, I say do nothing. Absolutely nothing.
Because you know what?

I love those lines etched into your forehead, that little crease between your eyes. I can’t imagine you with a plasticine smooth brow, like some grinning game show host, as if you never had a deep thought in your life.

I love that you suck it in and stand a little taller when I walk by. Not because you need to—we both know all about my own softer belly—but because it pleases me that you see me that way, your object of desire. Sexist? Not between consenting adults.

You love my grays? I love yours too! Steely gray, slate, silver, salt and pepper. With everyone dying their hair any damn shade they want these days, gray really is just another glorious color. I’m of the mindset that Richard Gere became infinitely more appealing when he went from glossy brunette to prematurely gray. You’re no Richard Gere? Well chances are I’m no Cindy Crawford either,  and if you don’t get that reference then you’re way too young anyhow.

I love that your eyes are as bad as mine. When you say I look beautiful tonight, I almost believe you.

I love your head. The shape of it, the feel of it. And I know I’m not alone. I know you worry about losing your hair but I wish you wouldn’t. Make like Matt Lauer and buzz it off; some of the sexiest men I know have: Mark Strong, Sting, Ed Harris, Bruce Willis, Tom Colicchio, Patrick Stewart and Walter White  (although I wouldn’t necessarily use him as a role model). You’ll feel free and look fantastic. Don’t believe me? Hit the internet: there’s a wealth of women who’d love to get their hands on that hard head of yours.

I love that you’re a man. I do. We are different and that difference counts. It has nothing to do with a ripped six pack, you make me feel safe just the way you are. You’re smart enough to know you don’t have to prove a thing. You’ve been around the block enough to know the best way to avoid a problem in a dark alley is not to wander down it. And I love that taking the long way around gives us more time to talk, your arm drawing me in close.

I love that you’ve learned we don’t have to be together, locked in step, 24/7 like those couples who walk hand in hand, shoulder to shoulder in the supermarket aisle. You go ahead and learn how to pair the perfect beer and burger at that Grill and Chill class, I’ll be re-watching the first season of True Detective; we’ll meet in the middle over Grand Budapest Hotel. And we’re both okay with that.

Shit happens. So does aging. Dealing with it doesn’t mean ignoring it. Use the moisturizers and the sunscreens and the rest. Keep those ears and your nostrils trimmed. Floss. And then forget about it. Taking care of yourself will automatically make you feel and look better but don’t obsess over your looks. I don’t want to fight for mirror space with you, instead I wish you’d take a quick look in the glass and see what I see: a great looking guy who knows what it is to be a real man.

Feel like reading something else? I've just begin posting stories from my own life under the heading On the Street Where I Live
aging essay relationships Romance