Above Ground on the London Underground: Day 9 Christmas at Kew Gardens ... Yes, Virginia, there is a Santa Claus 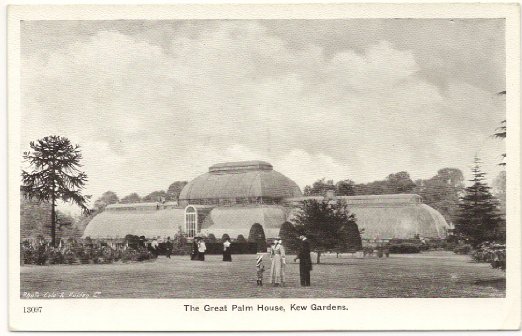 I’m taking a virtual walking tour ‘above ground’ on the London Underground. Using my Tube guide and my fitbit® device, my goal is to walk at least 10,000 steps a day roughly following along the Underground route, reporting back here on Fridays with my findings. This is Day Nine

I’ve been off track from my imaginary walking tour of London, where I’m currently meant to be following the Picadilly line but I’m unwilling to leave Richmond with its fading green grass behind. Wasn’t it just summer? And now December’s come! One more stop before I leave; Kew Gardens with its’  famous glass Palm House, the Great Pagoda, the Ruined Arch folly and the flowers. All the flowers. 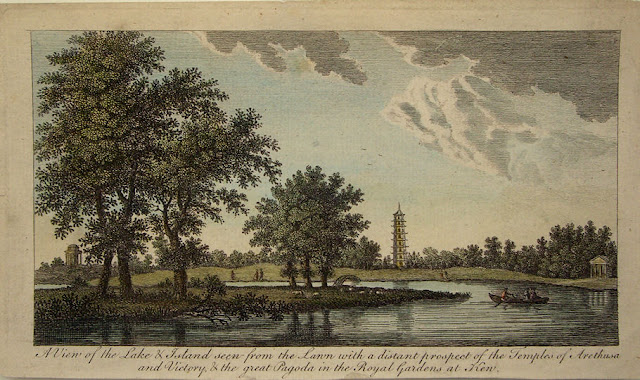 I’m here at the wrong season for flowers, of course. The earth has shifted since Virginia Woolf first wrote about Kew Gardens almost 100 years ago, her evocation of nature on a hot July day, flower stalks tipped with red, blue or yellow petals, stirring in the summer breeze, while three different sets of visitors straggled by an oval flower bed, lost in their own worlds of secrets and dreams. 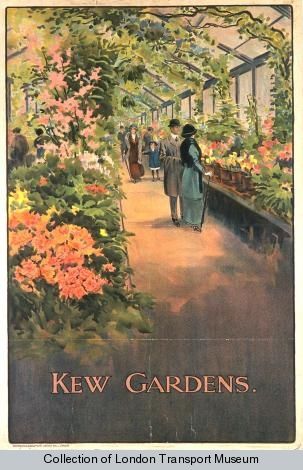 In Virginia Woolf’s story, a young man and young woman stand on the edge of the flower bed, both holding the handle of her parasol, pressing the point of it into the soft earth. On the precipice of a future together perhaps, the parasol in the earth a phallic symbol of their half-buried desired? In practical terms they ponder the price of tea. He’ll pay with a two shilling coin. How much is a two shilling coin worth I wonder,  and how does that compare to the £5 ‘tea’ is likely to cost today at the Pavilion or the Orangery. My mother would know.

If it were July, would I pass by the same spot and recognize that blur of blooms, bright in the summer sun? Would I be able to identify the flowers—foxgloves maybe?—if I were here on a sweltering summer day—does it ever truly swelter in London?—instead of this mildly chilly afternoon in December? What’s the temperature? Low fifties. Not a snow cloud in the air. I’m from Los Angeles, low fifties is winter enough for me.

My mother would know their names, the flowers. I can see her in her faded pink short-shorts and an old white shirt of my father’s tied up at the waist, planting flowers in the rock garden that divided the upper and lower lawns of our split level house in Niagara Falls. At ten, I mostly messed around while she worked, jumping from one level to the other, poking my pinky finger into the mouths of young snap-dragons, watching as she loosened the dirt from clumps of pink and purple alyssum with her bare hands. I delivered her trowel so she could dig in close to the rocks, allowing  the trailing stems of deep blue lobelia to fall over their edges, teasing and flirtatious, like a lock of hair over a forehead, half-covering a laughing eye. Splashed nonchalantly through the garden, soft yellow calibrachoa—million bells—for contrast. The star of my mother’s rockery for me was the Portulaca—she never called them by their common name, moss roses—a trailing ground cover plant with a fleshy red stem and blossoms that bloomed pink, yellow, orange and purple all on the same miraculous little plant. In the spring, a handful of daffodils and gladioli.


In the winter? In the winter the garden was left to itself, dormant, sleeping while the ground hardened, the first snowfall like sprinkles of powered sugar on a batch of brownies, within days the snow turning the rock garden finally into a deceptive looking snowbank of frosted white. In the winter she ordered tulips to plant under the front window, cut back the roses that bordered the driveway. December days drew my mother back inside to her books, Patti Page on the hi-fi, and sit down dinners complete with homemade desserts every single day. 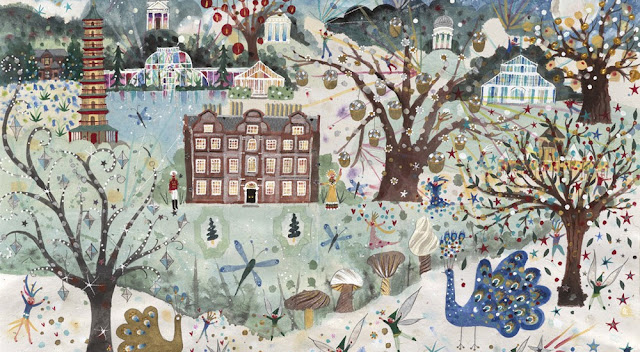 The Lucy Loveheart Collection at Kew.org

Summer flowers may be in absentia, my mother gone, but I’ll stick around to see the wintry Kew Gardens after dark, when the gardens are dressed with fairy lights for the winter nights. What would Virginia Woolf make of that I wonder? My mother would love it. 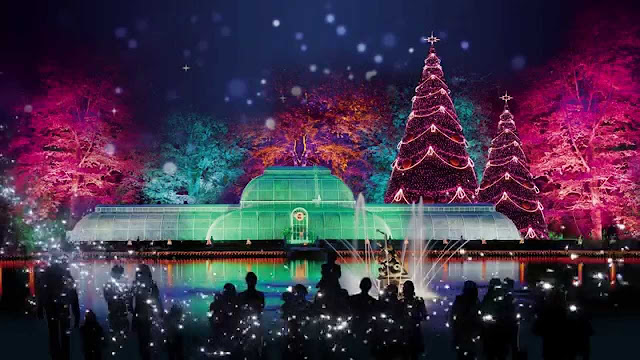 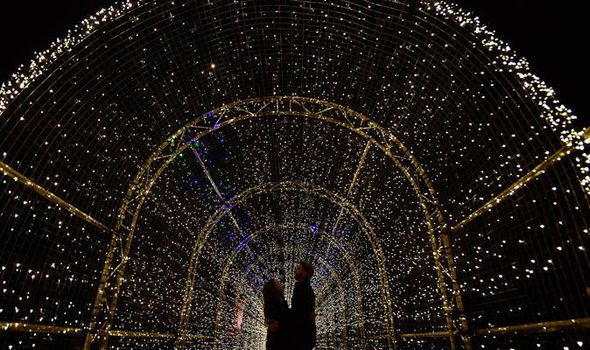 Back to Day 8: The Deer at Richmond Park