Above Ground on the London Underground—Day32: Seven Things to Know about Piccadilly Circus 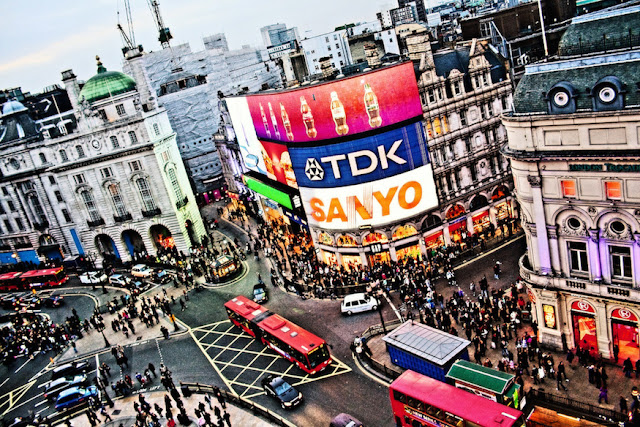 Photo by Kevin Yiu for Londonist.com
I’m taking a virtual walking tour ‘above ground’ on the London Underground. Using my Tube guide & my fitbit® device, my goal is to walk 10,000 steps a day roughly following along the Underground route, reporting back here on Fridays with my findings. Here are the days that came before. We're still following the Piccadilly Line. This is Day 32

Piccadilly Circus is a world famous tourist attraction. But why? For Brits, the term Piccadilly Circus is synonymous with Bedlam. Because let's face it, it's crazy-busy, with over half a million people passing through it every day, and crowded with a dizzying, possibly headache or seizure-inducing array of corporate signage ala Times Square. So what's it all about Alfie? 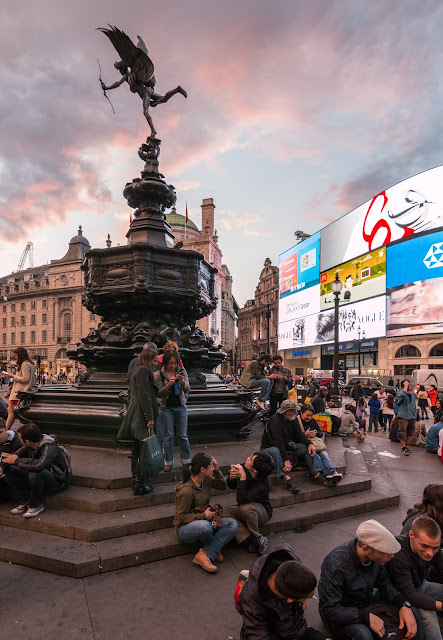 While the circus was built in 1819 to connect Regent Street with the major shopping street of Piccadilly (the "circus" refers to "circular open space at a street junction"), Piccadilly Circus now links directly to the theatres on Shaftesbury Avenue as well as the Haymarket, Coventry Street (onwards to Leicester Square) and Glasshouse Street.

Two ... Why is it called Piccadilly? 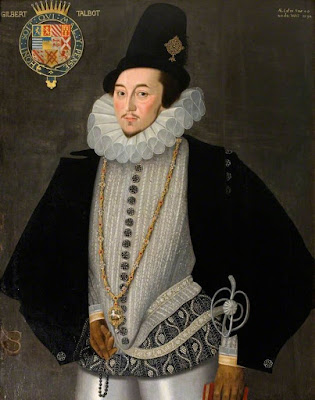 Piccadilly comes from the house that Robert Baker built. Baker was a wealthy tailor who made big bucks making piccadils—stiff shirt collars worn by the upper-crusties in court. When he built a mansion just north of what is now Piccadilly Circus in 1612, the locals called his manse Picadil Hall and the name took. If you've heard something else—like that the name Piccadilly has something to do with prostitutes—don't buy it. It's just an urban legend. Which isn't to say there aren't pros working the area, on the border of Soho with its strip clubs and adult book shops as it is. It's changed now—I'm sure—but did you ever see the film Touch of Class? It's one of my fave Brit movies starring Glenda Jackson and George Segal from the 1970's? The couple rent a pied a terre on Macclesfield Street—just a few blocks from the circus—and the working girls in the building mistake Glenda Jackson for one of their own. 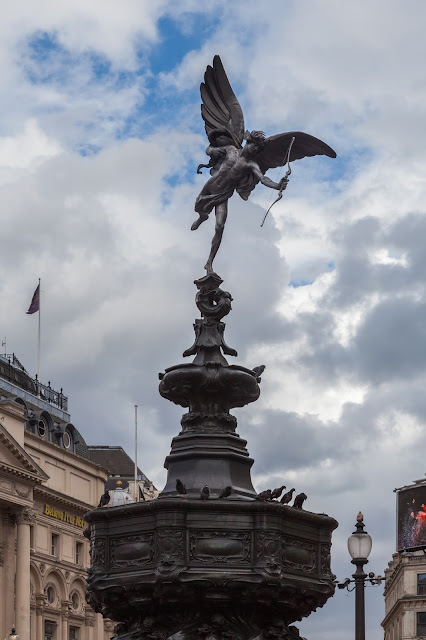 Not much, actually. The statue atop the Shaftsbury Memorial Fountain in the center of the circle looks like Eros, Greek god of love. But it's not. That statue everyone calls Eros is actually Anteros, Eros' twin brother who represents the Earl of Shaftsbury's selfless love of the poor. Coulda fooled me.


Four ... the fountain was actually a drinking fountain.

When the fountain was unveiled in 1893, there were cups you could dip into the water to quench your thirst. Somewhere along the line the cups were stolen and with them their germ carrying potential. Good riddance! It reminds me of all those westerns when outsiders would mosey on up to the well at a dusty village and dunk the same cup everyone else used, into the water with their bare and grimy hands. No thank you! We don't need no stinking cups! Thank you Perrier, Fiji, Arrowhead, Poland Springs and all the other water companies for bringing us cool, clean water. 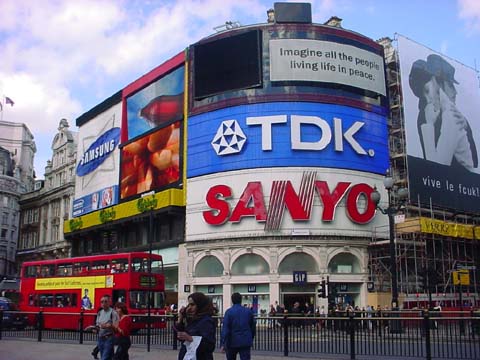 Did Yoko Ono receive some sort of sign that prompted her to have the lyrics to John Lennon's Imagine displayed on the sign for three months in 2002? Wanting to use John's words as comfort for the post 9/11 world, Ono paid £150,000 to put her own sign in place of Nescafe's for three months: "Imagine all the people living life in peace." We do, John & Yoko, we do. 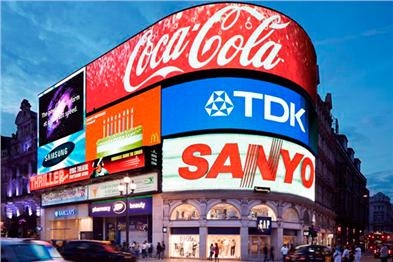 While Coca Cola has been here forever—over 60 years—it wasn't the first company to light up the Circus. Companies have been paying to put their name in lights since 1908 with Perrier and Bovril being among the earliest to see the ad advantage. The lights were turned off during World War II and since then have only been turned off a few times. Once when Winston Churchill died in 1965, then in 1997 for Princess Diana. In 2009 the lights were turned off for the Hour of Darkness, as part of a worldwide climate change awareness campaign. 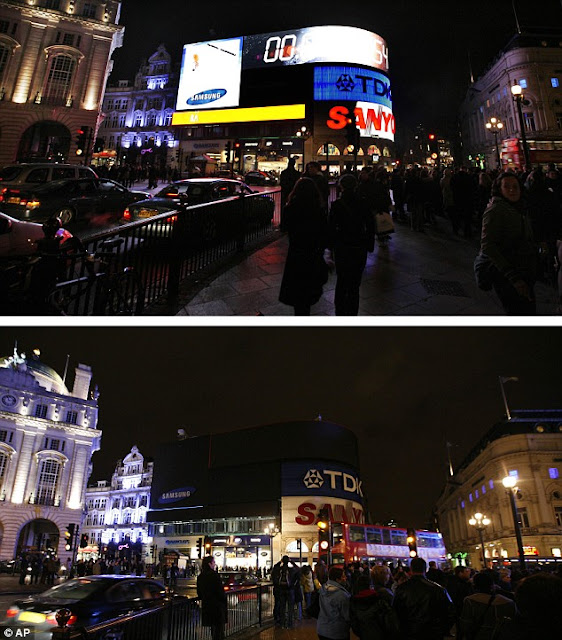 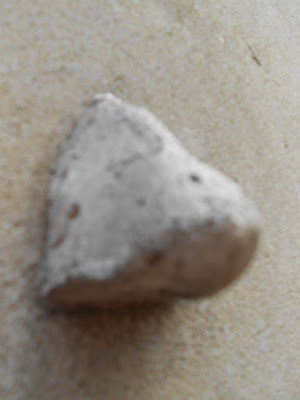 Apparently there are seven noses scattered around Soho. One of them right here in Piccadilly. Artist Rick Buckley created the Seven Noses of Soho art installation back in 1997 after the ever-present CCTV cams took over London. Inspired by the Situationists (a group of midcentury artists and writers who used art to make political statements) he very quietly installed noses beneath almost three dozen of the all-seeing 'eyes'. Today only a few remain but popular lore says if you find all seven of them you will have great wealth. London Walking Tours offers a tour that will show you them all.

For more fun Piccadilly Circus facts check out the rest of what Matt Gedge has to say.

For a bit more 'in the middle of things vibe' take a look at these short videos filmed by David Holt and shared on his youtube channel. Then meet me at Leicester Square.

Harry Potter and the Cursed Child Parts One & Two