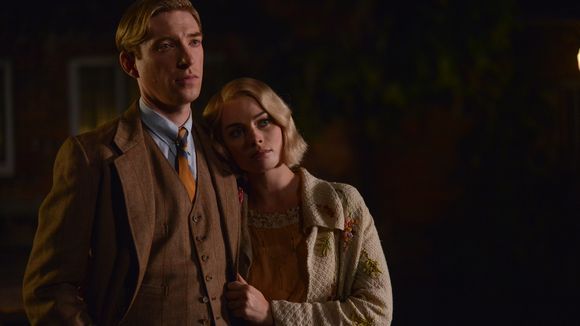 WHOA! I just discovered the problem with having two blogs! I posted this Chapter1-Take1 blog in the wrong place. I'll leave it here —I guess—but I'll also post it where I always post movie based on a book news.

As pretty as she is, Margot Robbie is definitely not just a pretty face. At 26* and still fairly new in H’wood—she started working in film in her native Australia about a decade ago—the actress has her own production company called Lucky Chap, so now she’ll be that hyphenate, actor-producer. That production company just partnered with Warner Bros to buy Beautiful Things, a new book from author Gin Phillips. The book only sold to Viking in September and won’t hit the shelves until May, 2017. It’s not entirely clear whether Robbie plans to star in the film herself but it seems likely. It’s a thriller, set in a zoo, with all the action taking place in the course of a few hours.

Here’s how the author sums up her own novel on her blog at GinPhillips.com


The zoo is nearly empty late one afternoon as Joan and her four-year-old son, Lincoln, soak up the last few minutes of the day. They are playing in a sandpit, half-hidden by tall trees, with the shadows and sunlight shifting over the gravel paths as Lincoln’s action figures announce evil plans and secret weapons. It is something close to perfect. So when Joan hears shots crack through the air, it seems foolish to think the distant sounds are anything other than construction work or practice fireworks for a Halloween celebration.

But as Joan rushes to the zoo exit to make it through the gate before closing time, she freezes at the sight of limp bodies on the ground and a lone, dark figure with a gun. She grabs her son and runs. And for the next three hours—the entire scope of the novel—she keeps on running. She races through the thatched roofs and bamboo fences of the African exhibits, eventually discovering an almost-perfect hiding place. With each passing minute, she deals with distracting a four-year-old at the same time that silence and stillness are essential to survival. It is the first time she has ever felt that keeping her child happy might be at odds with keeping him alive.

Eventually she’s driven into a moonlit zoo full of animal carcasses and glowing moss and the sound of a baby crying. Along the way, she crosses the paths of fellow survivors. And then there are the gunmen themselves, who Joan is determined to analyze and solve. Perhaps if she dissects them thoroughly, she can figure out how to outsmart them.


* I had no idea when I mentioned her age, that there was a whole spate of conspiracy theories about the validity of it. What her true age is, why she’s lying about it, a host of nonsense. Google it if you’re interested.