Above Ground on the London Underground—Day 48: Peter Pan in Kensington Gardens 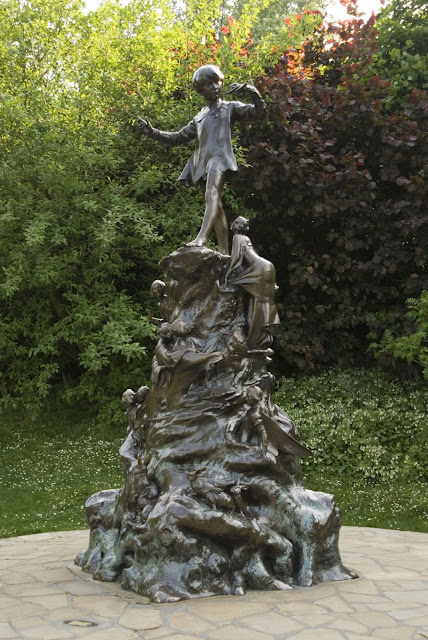 If it's Friday we must be back in London. Every Friday I take a virtual walking tour ‘above ground’ on the London Underground. Using my Tube guide & my fitbit® device, my goal is to walk 10,000 steps a day roughly following along the Underground route, reporting back here on Fridays with my findings We're currently following the Central Line. Here are the previous days. This is Day 48.

Last week my post about Kensington Gardens focused mainly on the palace and Princess Diana’s place within and without. Our fearless British Isles Friday leader, Joy, left a comment that her must-see in the gardens was the Peter Pan statue, which, she added, she found ‘remarkably difficult to photograph.’ It’s even harder when one is writing from California!

I hadn’t thought about Peter Pan—I rarely plan these walks ahead of time, simply pick up where I left off—but of course before we return to the Central Line via the Marble Arch station, I have to visit the statue. What young girl hasn’t imagined herself Wendy, in love with Peter, and the whole poignant impossibility of endless childhood? What boy hasn’t wanted to be him. Quite a lot of those actually, enough to make up a dysfunctional type of man known in pop psychology as having a Peter Pan complex. A Puer aeternus, the grown man is socially immature. Like Peter Pan, he refuses to grow up.

The photograph of the statue I’m sharing here is the one provided by the official website. Carved into the base are squirrels, rabbits, mice and fairies climbing up to Peter who stands at the top. But let’s be honest, the photo anyway, does lack that touch of magic inherent in Peter Pan, the magic that Joy was likely going for.

What I do find magical is that author J.M. Barrie himself commissioned the statue from Sir George Frampton in 1902, the same year he wrote the Peter Pan story The Little White Bird in which Peter flies out of his nursery, landing beside the Long Water. And according to the official Peter Pan statue website, that’s the exact spot where the statue is located. The Long Water is the rather fanciful name for the slim length of water that turns into the Serpentine, both lakes are in what used to be part of Hyde Park.

Adding to the magic is that the statue was erected in secret during the night and 'magically' appeared on May 1st, 1912 without any advance publicity.

On the day of its installation, Barrie placed the following announcement in The Times: 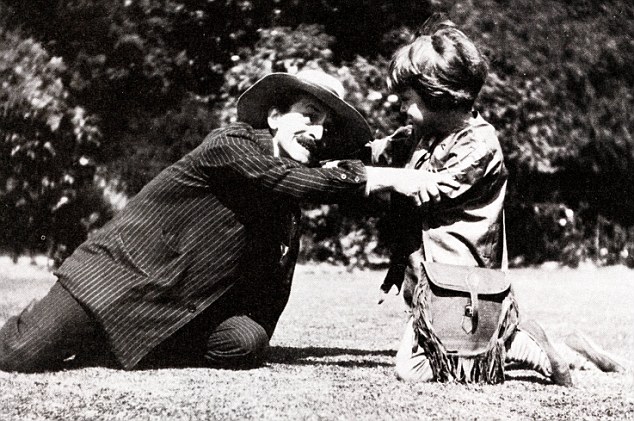 That boy who wouldn’t grow up seems to be inspired by both Barrie’s brother who died in an ice-skating accident just before his 14th birthday and Michael one of the Llewelyn Davies children, the family many of us met and fell in love with in Finding Neverland starring Johnny Depp as Barrie and Kate Winslet as Mrs Llewelyn Davies. Check the film out over on my book2movie site Chapter1-Take1. *

One last bit of magic: these days you can use your smartphone to bring the 100-year-old statue to life. The site says you can just swipe your phone on the nearby plaque to get a personal call-back from Peter Pan.

Has anyone done that? I’d love to know what Peter sounds like. 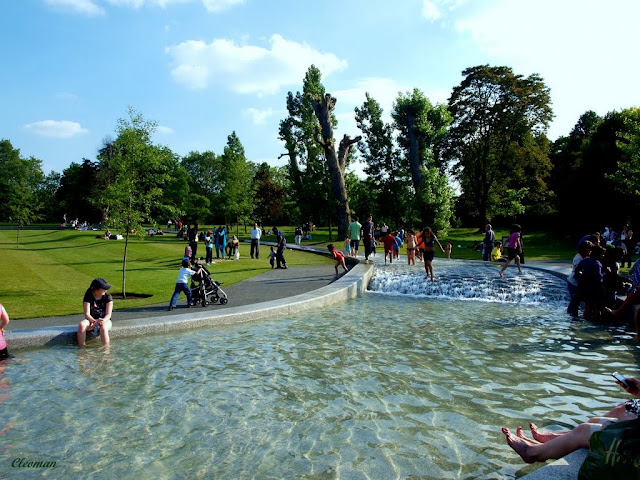 Before we leave, one small detour. As long as we’re in the park let’s have a wander down to Princess Diana’s Memorial Fountain, dedicated by the Queen in 2004. If your feet are feeling achy from our little walk, it’s okay to sit on the side and dabble your feet in the water. The website asks that you please not walk on the actual memorial.


*Searching for an image of J.M. Barrie I learned that there is a darker side to Barrie’s relationship with the little boy Michael, namely the possibility of Barrie’s obsessive behavior indicating predatory actions. Whether those are just theories or reality, I’m not sure having just glanced at the article. Oof, that’s the kind of disturbing, un-magical thinking I’ll save for another day.