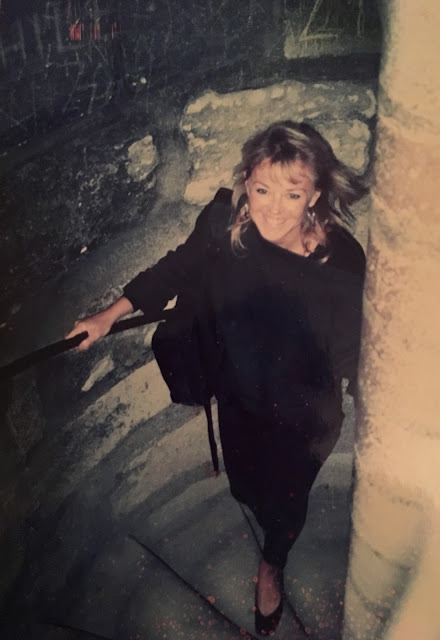 A novel is in the works but for now …
Sim Carter’s publication credits include Beach Music in the Los Angeles Times Sunday magazine, Last Dance in Purdue U's Skylark Literary Journal,
The Arab boy who took out his eye (published under the title Double Vision) in the South Bay Reader. 7 Reasons Older Women Love Older Men was featured online at The Good Men Project, Doing Nothing in Children. Sim was a regular monthly contributing writer to 805Living Magazine for several years while various other pieces appeared in LA Family, Parents, and the Daily Breeze. For more see Out of Order.

About the work available to read here


While you'll find mostly memoir, Sim also has those moments when she writes about whatever she wants to write about. It is, after all, her space. A mishmash of rants and raves, odes to Britain, love letters to France, reflections of living in Los Angeles, and the occasional film-centric piece ala this series of posts about working on That Thing You Do. Like the L.A. freeways, it’s kind of crowded and all over the place.


Sim traces her love of reading back to her mum who took her on regular trips to the library as a child when they’d depart with stacks and stacks of books—the maximum allowed— in their arms. You can find Sim’s pieces reflecting on her mother's life and demise due to Alzheimer's at Songs of My Mother.


Why is she here?
"Sharing my life's stories, just trying to get it all down before I'm too old to remember, that's the whole point of this website. A book? I'm working on two. The memoir collection and a novel set in the world of advertising in the 1970s." 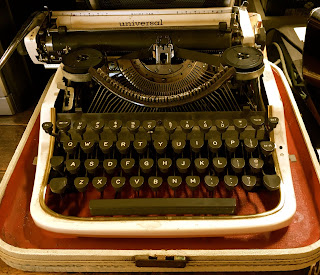 People who don’t know her very well call her Sweet Sim. She doesn’t know why. The alliterative appeal, probably. Or they imagine her vanilla exterior coats a similarly inoffensive inside. Carter begs to differ.
“My family, my friends, my husband, can all assure you, I am not sweet. It’s not as though I'm an ax murderer or anything quite so evil. It’s just that like many of you, I have a checkered past littered with my fair share of mistakes.”
Some of those mistakes Sim shares here on the Memoir section of the site. Sim hopes to sneak a few of these pieces into a book currently in progress under the working title About a Boy. What do you think? Too derivative?

Also on the agenda, a Bildungsroman novel in the final throes of one last edit (She hopes!) and then the hunt for the right agent. Bildungsroman for those who don’t know is a fancy-schmancy word for coming of age, particularly appropriate perhaps when your main character isn’t a teenager but a 23-year-old protagonist named Alex, short for Alexandra.


More on Alex when the time is right. In the meantime, more About Sim. Born in Britain in the '50s, her parents wandering ways meant their family of five—an older brother, a younger sister—spent a few years in Tripoli and Turkey before coming to North America in the early 1960s. Carter came of age in Canada with the British Invasion before the family took a detour to Puerto Rico and finally landed in L.A. She’s worked as a journalist, a copywriter, realtor, a media buyer, a Universal Studios tour guide, a substitute teacher, a film & television production coordinator and likely a few others her brain is too addled to recall.


Sim has also embarked on a virtual adventure, taking an imaginary walking tour of London. Tag along on her journey Above Ground on the London Underground.

Like everyone else in Hollywood, Sim has a script in a drawer. Her husband works in the film business and their son is a fledgling writer/director teaching himself the ropes.