We were living on Tenth Street in Santa Monica, California when I turned seventeen in 1970, my friend Trixie was visiting from Canada, and boys were on our minds. It's #12 of the On the Street Where I Live stories. I was a 17-year-old high school senior, he was a 23-year-old Vietnam Vet. 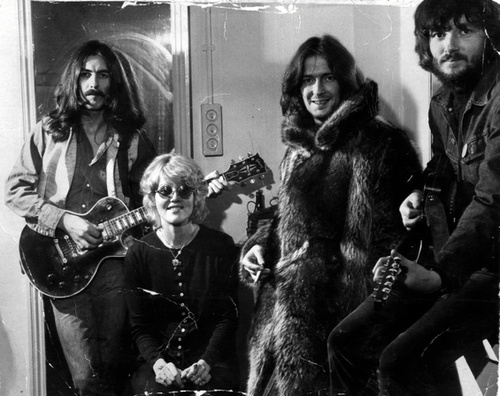 And it’s one two three, what are we fighting for? Don’t ask me I don’t give a damn. Next stop is Viet Nam. And it's five six seven, open up the pearly gates. Ain’t no time to wonder why. Whoopee! We’re all gonna die.’

By the time we got to Anaheim, it was after ten and the park closed at midnight. Time to go into overdrive, racing to get on every ride we could before closing. Tommy said Mr. Toad’s Wild Ride was a trip so we rushed to Fantasyland only to find it closed. Don grabbed my hand and we all ran across the near-empty pavement to the gondola entrance to ride the Skyway to Tomorrowland. Don lit a joint, I shook my head no and Nick shook the already wobbly car for a laugh. Lola laughed her crazy cackle while I got a tighter grip as the gondola jiggled along the cable a few hundred feet above the ground, straight through the Matterhorn, passing the other cars in the darkness.
We might still catch some music at the Tomorrowland Terrace or watch the America the Beautiful movie in beautiful 360-degree circle vision. Instead, we lined up for the Tiki Room, where Don, standing behind me, slipped his arms around my waist and held me to him. It didn’t feel like we were in waiting to take in a cheesy theme park attraction; the balmy, starlit night of deep lapis, the feel of his skin, his warm arms — made warmer still by a day at the beach — wrapped around me, cradling me; his breath on my neck; melted me completely, it felt like we were in paradise.
Inside the attraction, the guys were smart asses, mocking the singing parrots and their stupid accents but digging it too, singing along, knowing all the words, echoing the birds, parroting the parrots.
“Allo. Pierre!” “Que paso, Jose?”
“Let’s all sing like the birdies sing
Tweet tweet tweet tweet tweet”
Of course, Nick had to make exaggerated kissing noises into the air.
“All the birdies sing words — ”
“And the flowers croon — ”
Don slung an arm around my shoulders.
“In the tiki, tiki, tiki, tiki, tiki room.”
I didn’t take a hit of weed and I didn’t have a thing to drink but I felt intoxicated.
The drive home was a blur, more Woodstock, side two again for a more subdued sing-along to Feel-Like-I’m-Fixing-to-Die Rag and Stephen Stills’ Suite Judy Blue Eyes, wondering what it was like to be her.
It was close to two-thirty when we pulled onto my street, the headlights of the van landing on my parents, illuminating them up as they stood guard in the middle of the road in their robes. My heart fell right to the floorboards of Don’s Dodge van. My mother, with her dark eyes flashing and mouth, pulled into an angry maw, looked like a crazy lady straight out of Bedlam, hair flying everywhere. I looked around half-expecting to see ambulances and police cruisers. Shit! This was awful, awful. Yes! I should have called but this was too much. Way too much. Don didn’t bother trying to park, he stopped the van in the middle of the road, his headlamps zeroing in on my mother’s face. She started screaming before I could open the door.
“Get out of that van,” she hissed. “Do you have any idea what time it is? It’s TWO THIRTY IN THE MORNING! You’re only 17 years of age.”
I was a little terrified of my suddenly maniacal mother but mostly I was mortified, too embarrassed to even look at Don.
“I’ve gotta go” and I scrambled out of the van and into our building, Quinn and Lola trailing after me.
Oh my God. Now my dad was at the driver’s side of the van. He was probably reading Don the riot act, telling him I was a nice girl blah blah. It was the worst end to a date in the history of dates.
“Simmy, you naughty girl, you scared me to death!” My mother had calmed down a bit. “You can’t stay out this late without letting us know.”
“We were at Disneyland, Mom. I couldn’t find a phone. What was I supposed to do?"
“Please. There are payphones at Disneyland. Next time you have to call and let us know you’re alright.”
Next time? Who was she kidding? There would be no next time. You didn’t have to be a genius to know Don would never want to call me again.