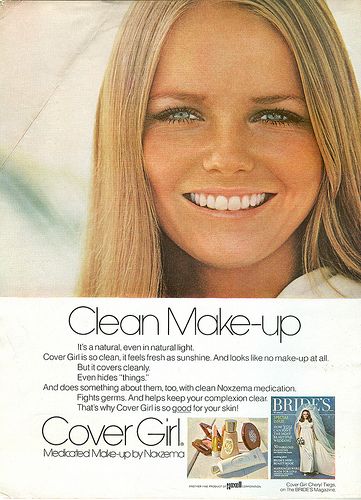 Women were burning their bras and sticking up posters proclaiming "A woman needs a man like a fish needs a bicycle." Billy Jean King and Bobby Riggs were fighting it out on the tennis court in the Battle of the Sexes at the same time that Marabel Morgan was advising the females of the species to greet their husbands at the door with a cocktail in hand, clad in nothing but Saran Wrap.

As a young woman of twenty in 1973, working my way through college, it wasn't always easy to know where on the line between those polar opposites to plant one's flag. While I planned to work after graduation—some vaguely formed notion of a writerly job, in publishing perhaps or advertising, I thought, flipping through my glossy copy of Mademoiselle on my break, devouring the ads for Wind Song with as much fervor as I did the magazine's short stories—I assumed at some point I'd fall in love and marry, raise a family. It was what women did. Not to marry wouldn't be a choice, but a tragic outcome, a result of love with an improper stranger, or an accident of birth like a character in a book born unto an isolated locale where there simply were no men. Or like in life, just not enough of them. If it were a choice, it would be a clear one, a statement of my sexuality.

Whether a fish could learn to ride a bicycle or not, I knew I both needed and wanted men in my life. I took it for granted that I needed to maximize my attract-ability but I also had no intention of answering the front door swathed in Saran Wrap. Too sticky, too hot. Just too icky. Superficial thinking to worry about impressing the other 50% of the population with your looks? Back in my day, it was mandatory.

Still, no matter how I might long to be a willowy, ice queen blonde ala Tippi Hedren or to look like I stepped out of the pages of Vanity Fair or Cosmo like Lauren Hutton and Cheryl Tiegs, I was just your average college girl, a part time drug store clerk. Some would call me plainly pretty, others would say pretty plain. It all depends on your point of view.

If some part of me thought that working in the cosmetics department marked me as special—would unattractive girls be hired to sell cosmetics? would unattractive girls get to wear the special pink smocks while everyone else wore plain old blue ones?—Joanie, my manager in the Drug King cosmetics department in Santa Monica, belied my belief with her own essential lack of glamour. She wasn't beautiful, she'd never fit any traditional standard of attractiveness.

Looking in my own mirror I knew I lacked that same glamour factor but Joanie radiated so much warmth that loveliness oozed out her pores. Her eternally cheerful face gave me confidence. She wasn't beautiful. Perhaps you didn't have to be beautiful to shine.

So what if my lips were thinly drawn, as if with one quick stroke of the pen a cartoonist had made a neat little dash to indicate a mouth? So what if my hair hung stick straight, so thin that calling it stringy would be a compliment, the strands more like thread, unspooled, an ambitious crafter gluing it to my head? Who cared?

While Joanie was motherly, generous with her hugs and encouragement, appreciative of my conscientiousness, Betty was all about Betty. The third part of our cosmetics team, Betty walked like the showgirl she used to be. A mystery to me at the time, I'd now gauge her age at somewhere between sixty and seventy something. Carrying herself with a certain élan, Betty was tall, taller because of the big platinum wig on her head styled in the fashion of Marilyn Monroe, circa Seven Year Itch. Shoulders back, head high, Betty strode the cosmetics department aisles like she was a star too. Eschewing the comfort of Joanie's comfy nursing school shoes, Betty clicked across the tile floor in white kitten heel pumps, her matching pleated skirt flirting with her knee caps, her showgirl breasts as proud and pert beneath her pink cosmetic smock as they must have been in her Vegas heyday. Look at me. Look at me.

Seeing the way Joanie lit up when she talked about her husband Kai, a Hawaiian chef—she called herself a Hallie—made me wistful for marriage to a good, solid man. I pictured backyard barbecues where Joanie stood barefoot in a pink and turquoise muumuu, bouncing a grand-baby on her hip while Kai adjusted the coals beneath the large pig they were roasting over the backyard pit. They'd be watching their Hallie daughter teaching a neighbor how to hula Hawaiian style, while a nephew plucked a ukelele. When he was done Kai would come over and put his arm around Joanie's shoulder, and kiss the baby on the forehead. In my daydream of Joanie's life the faces were a blur, all I could see were smiles.

Betty erased my fantasy of Joanie's domestic blissery, filling my head with stories of living the high life with high rollers, of men who drank champagne out of her shoe. The white kitten heel, I wondered, my face betraying my distaste mixed with curiosity.

"Not this shoe, dahling" Betty literally drawled like some bad actress in a drawing room drama. Betty claimed to be English but my born-in-Britain mother rolled her eyes at me when I brought home Betty's tales. "Oh, I'd love to know where she thinks that accent is from! It's not from any part of England I know."

I didn't share Betty's advice about scrubbing my nipples with a nail brush to keep them hard at all times. A beauty tip that had me shuddering. Or how much her boyfriend liked it when she removed her false teeth and put him in her mouth. I knew my mother, who had false teeth herself, wouldn't want to hear that little tidbit.

Most often Betty would share her personal history while we stood side by side in the cosmetic aisle, unpacking boxes of beauty products, L'oreal lipstick—"All you need is a little lipliner drawn just along the outside of your lips"—Aziza Eye Make-Up Remover. I did my best to keep my eyes from popping out of my head while she matter-of-factly told me the facts of life. I wished I had something juicy to share in return.

Like my mother and a myriad of characters from books and movies, Joanie and Betty helped form my notion of the woman I wanted to be. I learned that I wanted to be a wife and mother one day but first I wanted to live beyond the confines of the cosmetic aisle and the backyard. I learned I wanted to have some adventures of my own but that they didn't include a man drinking champagne from my shoe.

What I really wanted was that writerly work, a job where I could use my "pretty little head." The rest would have to work itself out from there.

Despite that intention, I would be married less than two years later. Even if it hadn't been the only way I thought I could escape my parents' overly loving arms was to run straight into the overly loving arms of the first man who asked me, with my all or nothing attitude, it had to fail. No wonder it didn't last six months.

It would be another twenty years before love really clicked into place.

Mademoiselle stopped publishing short stories in 1992, the same year I finally settled down for good at the very un-Mademoiselle age of 39. I gave birth to our son shortly after.

and forty years after I moved on from Drug King, I still think of Betty almost every time I reach for the nail brush in the shower.