The Name of the Game is Nostalgia #ThrowbackThursday 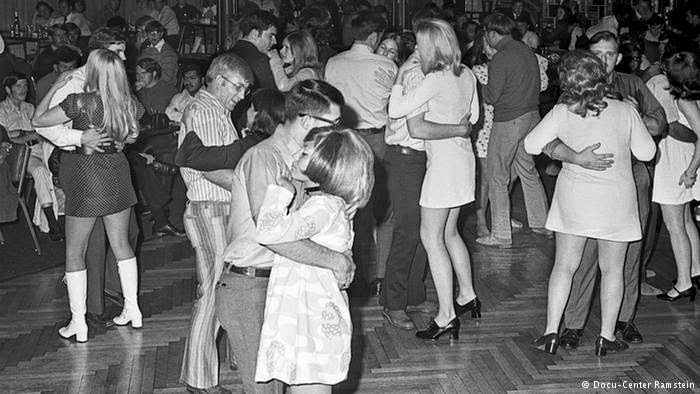 It was a huge hit all over the world but no place more so than in our schoolyard. We stood in our little clique circles and sang and clapped all our names but none gave us quite the charge we got when we used Randy’s last name instead of his first.

Randy and I had our first kiss slow dancing at a party in Dwayne Power’s rec room. Unlike the basement in my house which was dark in a bad way—I helped my mother do the laundry in the wringer washing machine during the day but I wouldn’t dream of going down there at night when the single hanging lightbulb made weird shadows dance in the corners—Dwayne’s basement was wood-panelled, his parents’ jazz album covers stuck on the walls for decoration, and when we turned out the lights, it was dark in a good way.

At first it was romantic, dancing in the dark, Dwayne’s parents leaving us alone. Then the coupling up began and kids started slipping off to the couches lined up against the wall. I knew I was supposed to do that too, let Randy—who had ridden his bike over to my house and walked me and Trixie to the party—lead me by the hand to the couches. Instead we kept dancing while most of the other 5th graders were making out, Dwayne’s parents upstairs, oblivious. Poor Dwayne, the host, skinny, creepily taller than any of the other boys, going through an awkward stage, with no one to kiss at all.

Randy and I danced, my arms slung round his neck, his arms around my waist but the kids pressing up against each other on the couches made me nervous. I didn’t want to sit down, I didn’t want to do what they were doing. What were they doing? I squinted over his shoulder into the darkness but without my glasses I couldn’t really tell. Where two people should have been, the shadows merged into one. Finally, probably because we thought we were supposed to, we pressed our mouths up against each others, and kissed the way it looked like they kissed in the movies.

Thinking back, it was less a kiss than a crushing of our upper lips but it was enough. We’d kissed. We were boyfriend and girlfriend now, an elementary school couple, destined to live happily every after. Or as it happened just a few weeks.

The Name of the Game is Nostalgia. The letter is N.
Originally published April 16, 2015 for the #AtoZChallenge

NOTE: I quite often change names to protect the innocent from embarrassing memories but in this case, Randy’s real last name is the entire point. Sorry Randy, wherever you are.
#AtoZChallenge childhood memoir Niagara Falls throwback Thursday