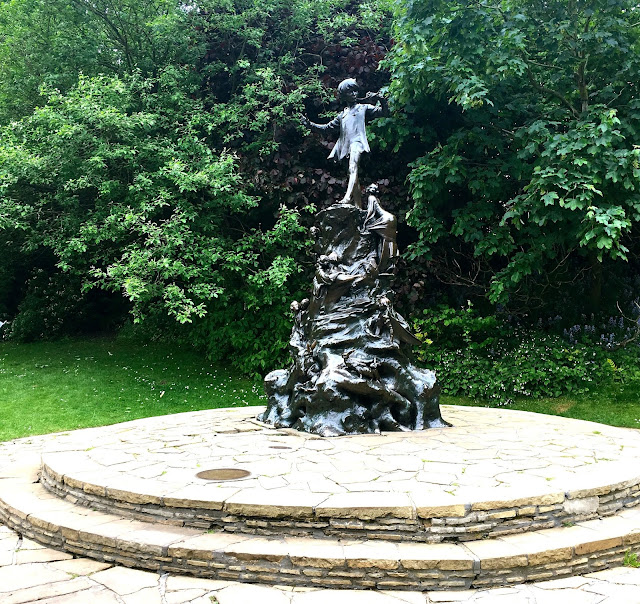 Before my husband and I visited London in May of last year (2017) I spent Fridays taking a virtual walk of the city, sharing what I learned via my friend google in a weekly post called Above Ground on the London Underground. That’s when I first visited Peter Pan in Kensington Garden.

At the time Joy, fellow blogger and host of British Isles Friday commented that she found the Peter Pan statue difficult to photograph. After visiting the statue for myself, I can only say, No kidding! I couldn’t get a really good shot either. But I wonder, does the fault rest with the photographer or the subject? 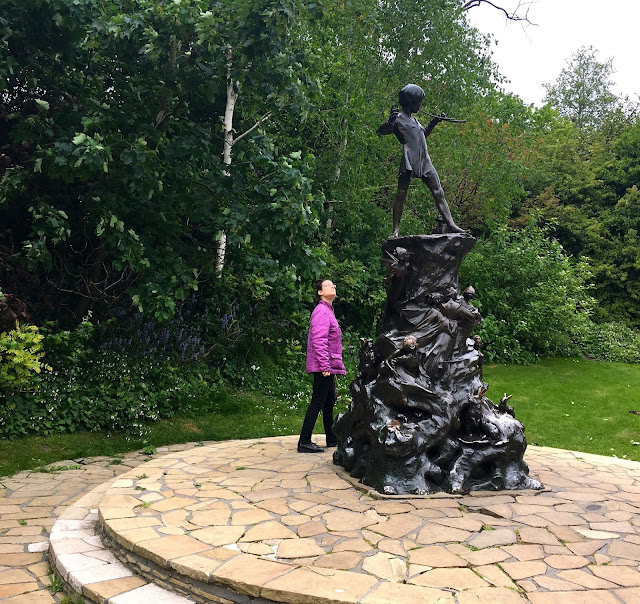 J.M. Barrie commissioned the statue from Sir George Frampton and secretly had it installed in Kensington Park—without permission—in the middle of the night, as if Tinkerbell herself had flown it into place. 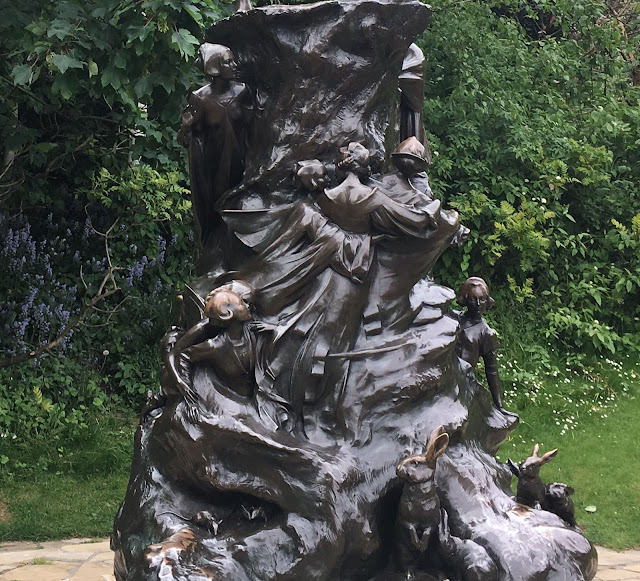 According to the announcement J.M. Barrie himself had published in the Times  ...

But is it? While Barrie touted it like it was the greatest thing ever, I wonder if the children who flocked to the statue of Peter Pan were as disappointed as I was? All those fairies and mice and squirrel sound wonderful but seeing them in situ, they seem stuck in place, melted in metal, not unlike the tragic figures found at Pompeii where the molten volcanic ash stopped everything in its path. Casting Peter in bronze, trapping him at the top of the pedestal, robbing him of flight, keeping him bound in place too ridiculous. The heaviness of it, the very  immovability of the work seem the exact opposite of childhood’s lightness, where flying off to Neverland requires a degree of magical weightlessness of its own.

How else to fly to the second star to the right and straight on 'til morning?