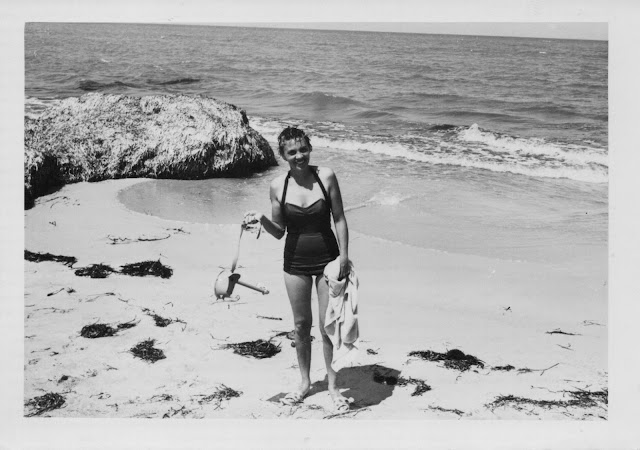 My parents both had birthdays this week. I suppose would have had is more grammatically correct. My mother would have been ninety if Alzheimer's hadn't taken its final toll in 2012. My dad might have made it to one hundred but for the liver disease that took him out over twenty years ago.

My mother was born in London; she was fourteen when World War II broke out. Accompanying her two younger brothers, she was one of the millions of British children the government sent to the English countryside to shield them from the blitz. Miserable, she returned home and went to work as a clippie on the iconic red double-decker buses. She loved running up and down those stairs, taking money, making change. Making it home before curfew, diving under the Morrison bed when the bomb sirens squealed. Dating Yank soldiers stationed in the UK. Later, working at a munitions factor, she had to wrap up her hair so it didn't get caught in the works. She never said it was awful. Never talked about being afraid. The sound of the incoming bombs as much a part of the soundtrack to her young life as the constant beeping of incoming texts and tweets are to the teens of today.

Born in Preston, Lancashire, in the north of England in 1915, my father left home at seventeen. His father wasn't around much, and he didn't get along with his mother so he didn't just leave home, he left the country. He took off for Alexandria, Egypt where he taught himself Arabic, a skill that would come in handy later as a British Intelligence army officer in World War II. Languages came easily to him; French, Italian, Spanish as well as Arabic, rolled off his tongue like he was a native. 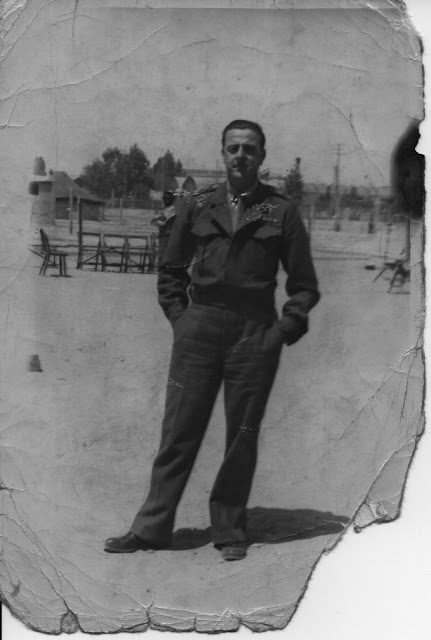 That's how he seduced my mother, sweet-talking her in Italian and French. That and the way he moved on the dance floor. Home on leave in England, he was ten years older than she was, thirty to her twenty, when they met. Despite friends' warnings that he was a playboy, and her mother predicting that his age and experience meant there'd be nothing new left for them to discover together, they somehow made it through over forty years of marriage before my father passed away in 1992.

He took my mother from London where my brother and I were born, to Libya then to Turkey where our sister Nancy came along, and back to Libya again before moving us all to Canada where we managed to live for a decade, first in Montreal, then Toronto, then Niagara Falls. From Canada his work sent us to Puerto Rico where we stayed for a year before we finally settled down in Santa Monica, that English expat haven, in the late 60's. They raised the three of us kids and discovered more than a few things together along the way too.

My dad's death came just a few months after I met the man I married. I was in my late thirties and had been through one short marriage and a couple of serious relationships that were veering toward marriage before they crashed and burned. Okay, before I crashed and burned them. I like to think my dad died knowing I'd finally met my match and I was going to be okay. My only regret is that my dad never met my son, and that my son never got the chance to really know him. Except in the stories I tell, the details squirming this way and that, the picture perfect like aging movie stars, shot through a filter.

My mother on the other hand, was the only babysitter our son ever had. Afraid of driving the freeways, she drove city streets from the San Fernando Valley down to Redondo Beach three times a week to see him when he was born. Almost a two hour drive each way. They knew each other through and through and when the Alzheimer's struck he was there to see that too.

Like a lot of little girls, I thought my dad was perfect. I didn't see his frailties, the wrong turns, the mistakes he made. I saw only the dashing debonair figure, handsome in his uniform, the man who could talk to anyone and everyone, from Arabian princes to the guy filling his tank at the local Chevron gas station. I knew my mother through and through. If she knew a different man, she never said.  He made her furious but he also made her laugh. That, she told me, was the key. They danced in London nightclubs, on rooftops in Tripoli, and in the kitchen of one apartment after another while they did the washing up together.

If there's a heaven, they just had themselves a helluva birthday party. I bet they're dancing still.