Roughly half of all marriages end in divorce. So the odds are almost half of you have a divorce story of your own. Here’s part of mine. Care to share yours? 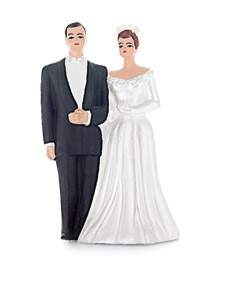 Yesterday. All my troubles seemed so far away.

He’d left a tape on the front seat of my car. I always kept the passenger window slightly open, just the slimmest space between glass and door but enough to let fresh air in. He must have slipped it through the narrow gap sometime in the middle of the night. Stood by my car in the dark and pushed the tape through with his long, skinny fingers. Was he still wearing his wedding band? Would the gold glint in the moonlight? I didn’t know.

Yesterday, he’d labelled it with a black Magic Marker. I wished I could resist, wished I could just throw the tape away without listening to it but I couldn’t help myself. Would there be more yelling? A prayer for my soul? Tears? I looked around, didn’t see his car parked anywhere on the street and  stuck it in the tape deck and held my breath.

Yesterday. All my troubles seemed so far away. It was Phillip, singing softly, while the Beatles song played in the background. I could hear Paul McCartney’s beautiful voice, overlaid with Phillip’s own tuneless, cracking one:


Why she had to go? I don’t know, she wouldn’t say I said something wrong. Now I long for yesterday.

I wanted to laugh. I wanted to cry. I nearly threw up. It was over. He knew it was over. Why couldn’t he just leave me alone? Did he think this would make me change my mind? Every move he made, made me want to run further and further away. The week before, he’d left a small white bakery box with the top layer of our wedding cake inside—the cake we’d saved in the freezer for our first anniversary—sitting outside my front door. My roommate had found it, handed it to me nervously.


"He left your wedding cake."

Confused, I lifted the lid, looked inside. Phillip had stomped it flat with his boot. The plastic figurines snapped in pieces, cake and white icing and pale peach frosted flowers mangled together.

I felt like I was living inside a thriller;  a really bad movie of the week that I just wanted to be over.

And now this tape. And one of my favorite Beatles songs. I couldn’t believe he’d have the ego to sing along with Paul McCartney! Then Phillip started talking, in that same soft, sniffly tone he’d been singing in. I ejected the tape, threw it in the backseat. I knew what he would say, what he’d been saying to everyone, calling my friends on the phone and telling them all about me: how terrible I was to do that to him, how could I? what had he done to deserve that? Nothing, Phillip, nothing. I was a terrible person. Small, selfish, superficial.

Shaky, slightly terrified, I pulled out onto Barrington. I was sure he was right but I still had to get to work.

Yesterday. All my troubles seemed so far away. Now it looks as though there here to stay. Oh I believe in yesterday.

Thinking about the letter Y for the #AtoZChallenge, I couldn't get the song Yesterday out of my head. Or the time in my life it brought back. The Paul McCartney song used to be one of my favorites but after getting Phillip's taped rendition way back in the late 70's, I've never been able to hear it without thinking of him, and our short, messed up marriage. I've been looking for a way to get back into Leaving Home, the story of my first failed marriage. Yesterday might be the way.