If it's Friday we must be back in London. Every Friday I take a virtual walking tour ‘above ground’ on the London Underground. Using my Tube guide & my fitbit® device, my goal is to walk 10,000 steps a day roughly following along the Underground route, reporting back here on Fridays with my findings. Here are the previous days. This is Day 46.

Today we’re walking from the Ealing Broadway underground station to White City. The trek is 4.2 miles which should clock in at just about 10,000 steps.

Back in 1908, the area was transformed from Shepherd’s Bush farm land into the location for the Franco-British exhibition and the 1908 Summer Olympics. Called the white city because of the white cladding of the ornate exhibition buildings, the area was used for the Japan-British exhibition in 1910, the Latin-British exhibition in 1912, and finally the Anglo-American exhibition in 1914 when WWI put an end to it. After that the White City was left to fall into disrepair and ultimately cleared away to make room for a housing site in the 1930’s. What a tragedy! Such lovely architecture, utterly ignored. The Olympic stadium was replaced with the BBC Television Center in the 1950’s, an iconic circular structure designed in the shape of a question mark when seen overhead saw the production of classic BBC shows. 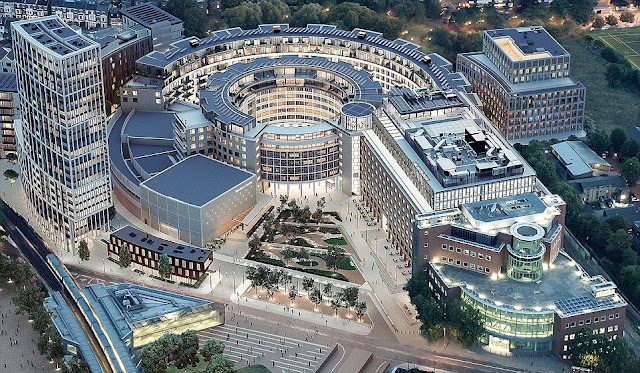 While most of the BBC has relocated elesewhere, the BBC Television Center itself is in the midst of a ‘regeneration project’ which includes apartments, shops, restaurants, a movie theater, a hotel with a rooftop pool, a park and a few remaining BBC television studios and postproduction facilities designed to bring new life into central London. The apartments are very trendy and beginning at £550,000 not any part of an affordable housing program. 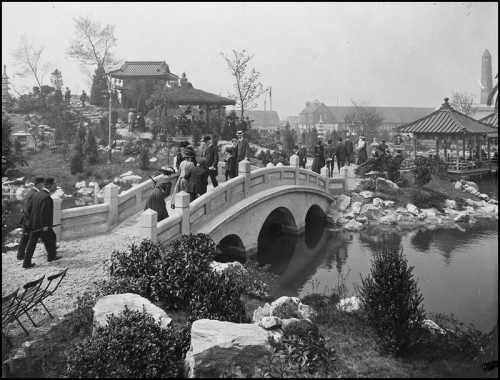 Little is left from the Great White City days, but Hammersmith Park lies in the footprint of the original Japanese Garden with some of the original plants and trees brought over from Japan in 1909. 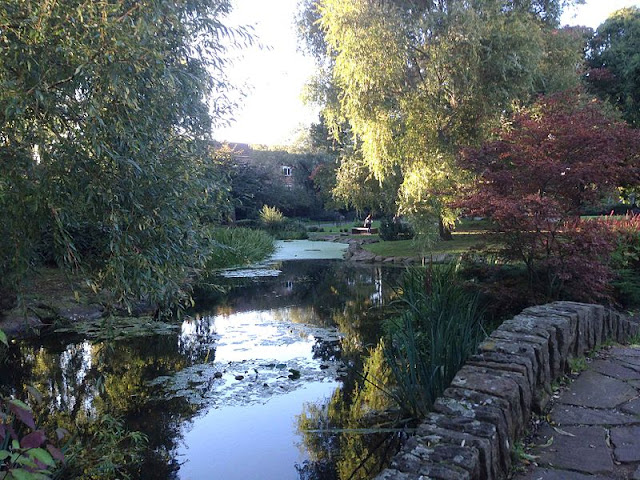 Take a look at this compilation video showing the exhibition area as it appeared back in 1908. Wouldn’t you love to go back there?