Above Ground on the London Underground—Day 51: St. Paul's Cathedral 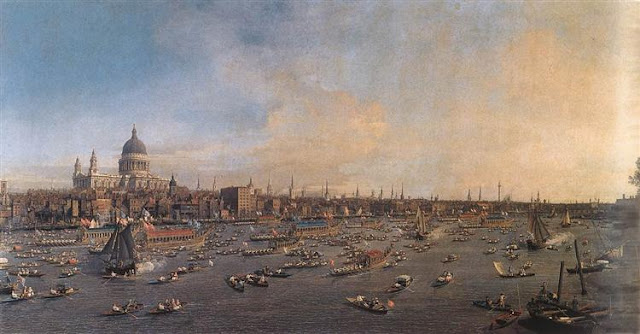 If it's Friday we must be back in London. Every Friday I take a virtual walking tour ‘above ground’ on the London Underground. Using my Tube guide & my fitbit® device, my goal is to walk 10,000 steps a day roughly following along the Underground route, reporting back here on Fridays with my findings We're currently following the Central Line. Here are the previous days. This is Day 51.

If you follow me on Instagram, you know I love some of Los Angeles’ older buildings. You know, 1928 and such. My imaginary London walks deal with buildings that are, shall we say, a tad older than that.The pub we left off at last week, Ye Olde Cock dates to 1549!

Trekking forward along the Central Line takes us to St. Paul’s Cathedral. Now we’re talking old. And even older.

The famous cathedral designed by Christopher Wren—the architect of many of London’s most famous buildings—is a rebuild. The original cathedral was consumed by the great fire of London in 1666 after it had already been in existence for over 500 years. That’s an ancient footprint.

The iconic baroque structure was the tallest building in the city until 1961—when the London Telecome Tower (BT Tower) overtook it—and is on most London visitors’ must see list. Funerals for Lord Nelson, Winston Churchill and The Iron Lady were held here as was the most buzzed about wedding of the century, that of Prince Charles and Princess Diana.

No matter your religious persuasions it’s a glorious piece of architecture, and a beloved part of London’s skyline. 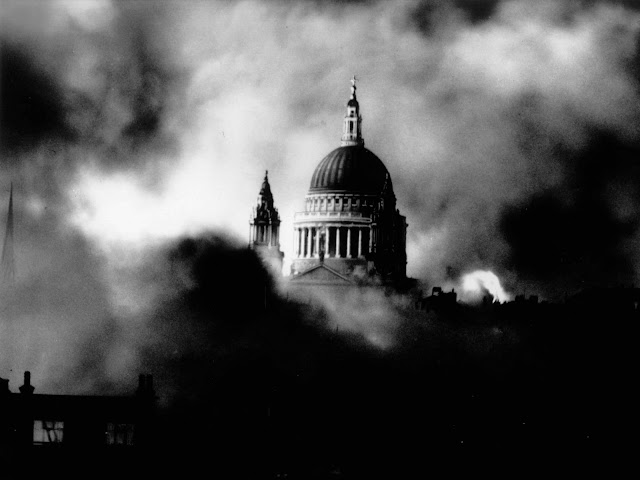 Photograph of St. Paul’s Cathedral by

In World War II, the Germans bombed Britain over and over again between the 4th of September 1940 and May 21, 1941. The blitz hit London especially hard for a 12 hour period during December 29 and 30, 1940 with the German Luftwaffe unleashing an unrelenting storm of incendiary bombs and high explosives in what became known the ‘Second Great Fire of London’. Once again, I'm reminded of the courage that the people of Britain, old men and women, children, mothers and teenagers like my mother faced during this period.

St. Paul’s was not immune, being struck twenty-eight times. Winston Churchill, declaring the cathedral must be saved, reinstated the St. Paul’s Watch, a citizen’s group first formed during WWI, comprised of people from all walks and stations of life whose mission it was to protect the church, report any strikes and assist the London Fire Brigade in dousing the flames and minimizing the damage. Believe it or not, church services continued to be held at St. Paul’s during this most beleaguered time!

By all means, besides climbing the famous dome, you’ll want to walk the floor—it’s pretty hallowed ground after all—but if you’re anything like me you’ll want to visit the crypt. Lord Nelson is buried there, as is Lord Wellington—of boot and Beef Wellington fame. I’ve only had Beef Wellington once in my life, at the now defunct Velvet Turtle chain of restaurants—basically beef coated with a pate and wrapped up in pastry—but it’s one of those culinary moments that stays with you.

The first of two questions that arise for me from this walk—and a very important one indeed—is where should I go in London to find the best Beef Wellington.
If you've got a suggestion, please weigh in below.

The great Christopher Wren himself is also entombed in the the cathedral’s crypt. My Latin isn't great but let me see if I can translate Wren’s epitaph for you ...ah yes, I think I’ve got it 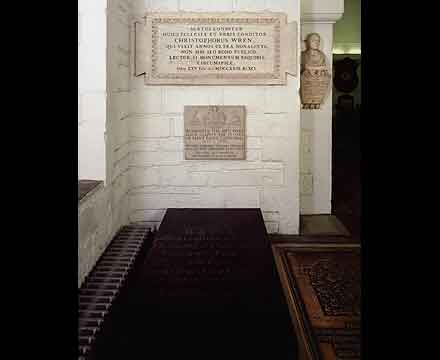 ‘Reader, if you seek his monument, look around you’

Because of course, while Wren was fundamental in helping to rebuild many of the city’s churches after the Great Fire of London, the amazing St. Paul’s Cathedral is his towering achievement. Let’s take a look.

Up in the dome


Take it to the Top 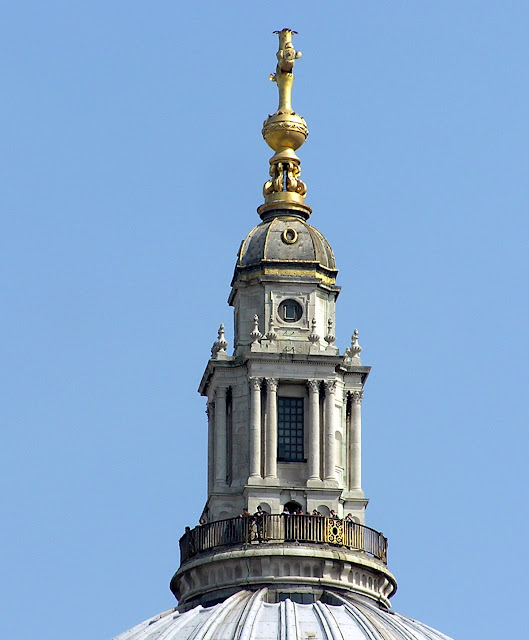 Take the 528 steps to the top of the dome, where the Golden Gallery runs along the outside of the dome where panoramic vistas of London and perfect photos await. Only the golden ball & cross are higher, the tippy top of the dome installed in 1821.

Golden? I don’t know why, perhaps you can tell me?
Is it the proximity to the ball and gold cross at the top?
Is the stone a golden yellow hue?
Or is the gallery named for a gold-tinged time of day?
This inquiring mind really wants to know. 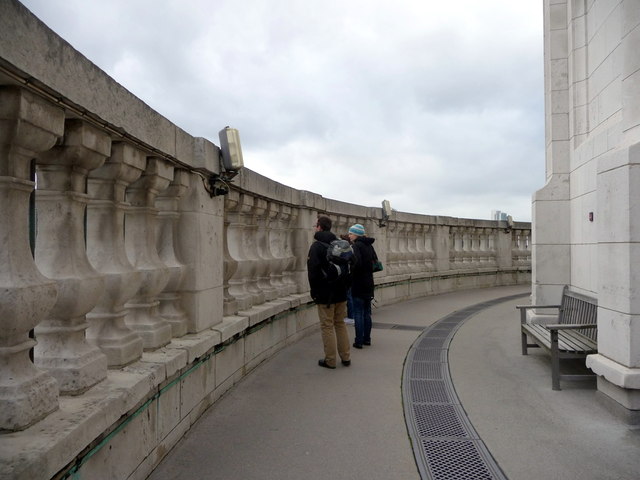 A shorter climb at just 376 steps and pretty spectacular if you can’t make it all the way to the top. If you’ve climbed Notre Dame—387 steps—this one should be easy peasy. 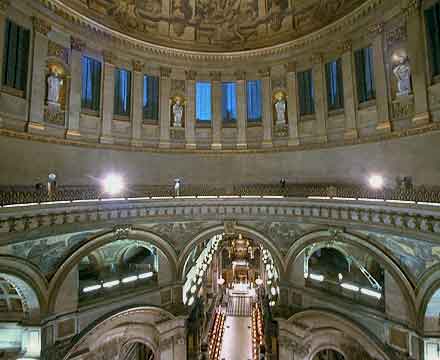 What I recall from a long ago trip to London was visiting with my Uncle who took me up into the dome to the Whispering Gallery—a 259 step climb. Taking up positions on opposite sides of the dome he had me listen at the wall as he whispered something along the lines of Can you hear me now?! Amazingly, I could! Clear as bell, the result of what the Cathedral’s website calls ‘a charming quirk of construction.’ That was 40 years ago and while I couldn’t tell you much about St. Paul’s based on my own memories, that bit of magic has stayed with me all this time.

For those of you confined by cash or circumstance to being a fellow armchair traveler to London, the cathedral makes it possible to visit without leaving your seat! It really is the next best thing to being there. There's so much more to St. Paul’s Cathedral than my quickie guide, whether your visit is virtual or the real thing, make sure to check in with the website below.

While today’s walk technically clocks in at just over half a mile, let us be real! All those tiny steps up into the dome will leave us exhausted. I’m giving myself full credit for 10,000 fitbit steps. It’s my walk, and I’ll cheat if I want to.