Above Ground on the London Underground—Day 55: From Liverpool Station to the Duck & Waffle to Petticoat Lane 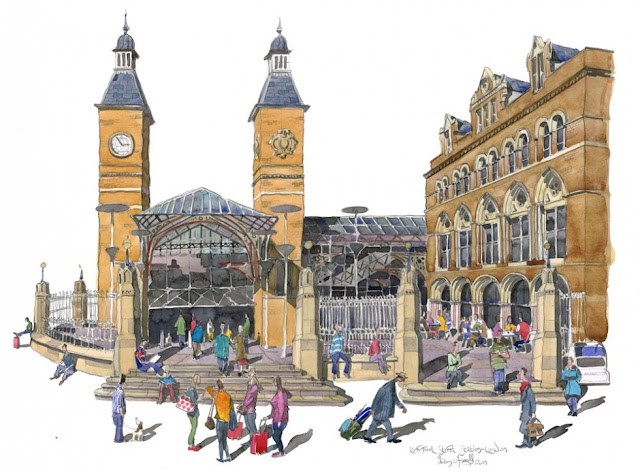 If it's Friday we must be back in London. Every Friday I take a virtual walking tour ‘above ground’ on the London Underground. Using my Tube guide & my fitbit® device, my goal is to walk 10,000 steps a day roughly following along the Underground route, reporting back here on Fridays with my findings We're currently following the Central Line. Here are the previous days. This is Day 55.

I left off our walk last week bemoaning the fact that I was unable to dine at the members-only Searcy’s, at the top of the Gherkin. Today, I’ll start my day close by on the 40th floor of the Heron with a meal at the Duck & Waffle where they offer a ‘playful take on traditional British cuisine.’ Not only do they serve anyone, they serve anyone 24-7. With a stunning views to boot, from the highest restaurant in London. Take that Searcy’s! 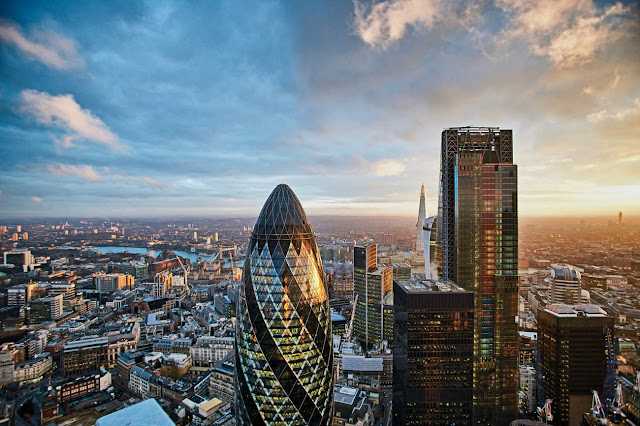 You can see the Gherkin from the Duck & Waffle!

Check out the link below for the full menu, as for me I’m going with the Full Elvis: Waffles with pbj, banana brûlée, chantilly cream, and “all the trimmings’’ 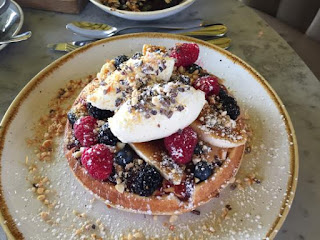 And since is a virtual meal, my plan is to sleep as late as I want AND make it in time to watch the sunrise while I delve into a breakfast fit for the King.  Take that Searcy’s!

Now. To work some of those calories off. Close by Liverpool Underground Station are two of London’s most popular markets.

First, the famous Petticoat Lane Market has been a clothing market since the early 1600’s when locals traded used clothing and bric a brac. After the Fire of London wiped out a large portion of its citizens, the area continued its association with clothing when Heugonot weavers escaping persecution in Europe moved into the area. 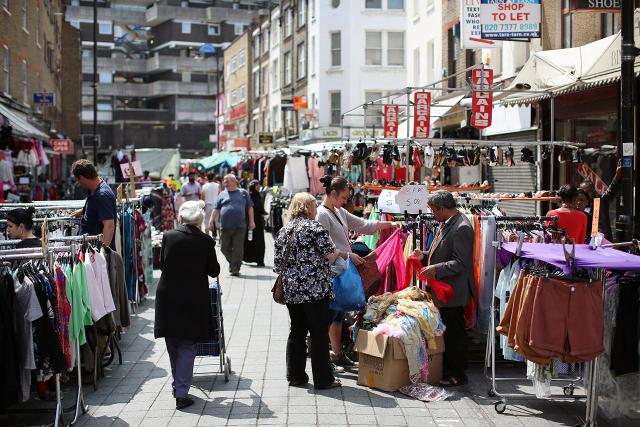 I visited the open air market on my trip in 1973. I’d forgotten how much I loved Petticoat Lane, crowded & noisy, with vendors pulling you in with their humorous patter. It was a bright spot in an otherwise anxiety-filled trip.

The story goes that Petticoat Lane got its name not only because it sold petticoats but because “they would steal your petticoat at one end of the market and sell it back to you at the other.’’ Word to the wise, watch your wallet. As you would in any crowded city in the world. No judgement.

Petticoat Lane is closed Saturday but otherwise you’ll find the series of open air stalls sprawled along Wentworth Street and Brick Lane. While I saw Petticoat Lane in 1973, this video of the lane I found on YouTube  pretty much captures the spirit of what I saw!


Save some of your schekels as the old Spitalfields Market is also nearby. 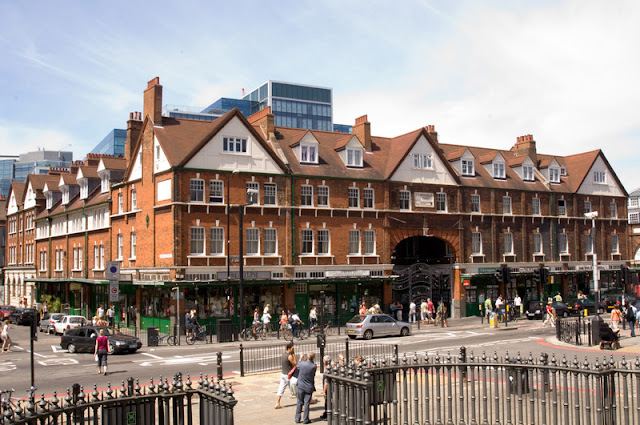 While there’s been a market in this location since the 1600’s, the current buildings housing Spitalfields date to 1887. While fruits and veg moved off the site in the nineties the remaining market has become increasingly popular. Open every day with a variety of offerings it's important to note that from Thursday through Sunday the market emphasizes different wares each day.


The Thursday Antiques Market offers a breathtaking array of collectable vintage and antique gems. Friday, is the destination for clothes shoppers and art lovers alike.

On the first and third Friday of the month, a record fair joins the market, with an eclectic mix of different musical styles on offer, including rare and collectable vinyl.

Saturdays offer a themed market each week from affordable vintage, the finest of Old Spitalfields traders, designers, makers and many more.

Our Sunday stallholders sell a little bit of everything, offering a market that has something for all the family.


I love browsing but what I especially like are the looks of the buildings with the high open ceilings of the Victorian structure.

I’ll need more than a mile walk to work off these Presley potential pounds but remember walking around the market isn’t quite the same as the straight line on the map. I’m rounding my miles up to two. You got a problem with that? Talk to my superior. Oh, that’s me, isn’t it. Never mind!