Above Ground on the London Underground—Day 57: Mile End

If it's Friday we must be back in London. Every Friday I take a virtual walking tour ‘above ground’ on the London Underground. Using my Tube guide & my fitbit® device, my goal is to walk 10,000 steps a day roughly following along the Underground route, reporting back here on Fridays with my findings We're currently following the Central Line. Here are the previous days. This is Day 57.

One of the first London suburbs, the East London town of Mile End feels worlds away from bustling London. Still, Mile End isn’t without its points of interest. 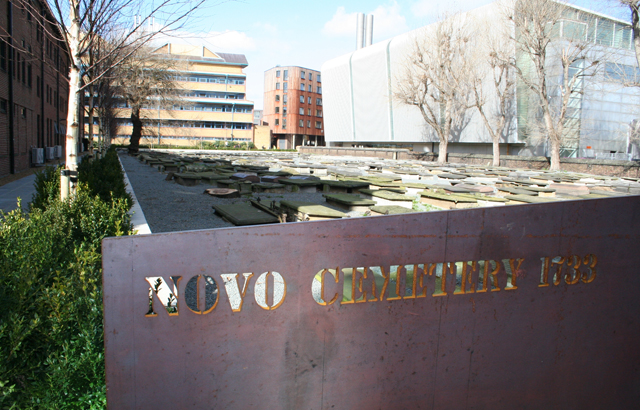 The nearby Queen Mary University of London located houses a cemetery in its midst. A strange thing place for a cemetery but yes, the uni came second, the graveyard came first. One of the only remaining Sephardic cemeteries in England, the Neuvo, or Novo Beth Chaim Sephardic cemetery was first used by Spanish and Portuguese Jews—making their home openly in England after centuries of persecution—in 1733. The graves are all low profile, almost flat, apparently symbolizing the equality of all in death. 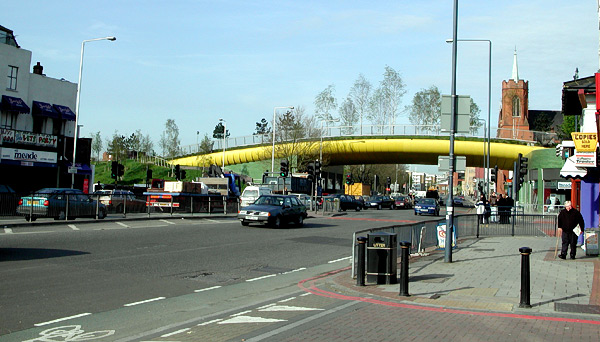 It’s not everyday that you look up at a bridge running over a roadway to see it planted with grass and trees, but that’s th Green Bridge. Right outside the Mile End Station the yellow construction—why not the yellow bridge?—connects two parts of the Mile End Park. Called the Green Bridge because the area above the bridge of the grass and the trees, the bridge is an extension of the park.
On the lower street level are shops and restaurants and a path that leads all the way to Queen Elizabeth Olympic Park. There’s a bike rental agency under the bridge too, if you prefer a ride to a walk. 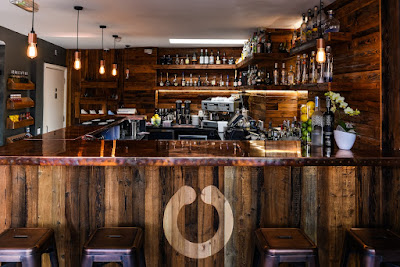 As for me, I’m searching for the Greedy Cow Cafe where we can grab a burger or a steak before we set off  but also, if one is so inclined, a camel, kangaroo or wild boar burger. Thinking of the camel I rode once as a child, I just don’t think I could eat one. A kangaroo? What would Winnie the Pooh think? Actually the more I think about it, the more I’m put off meat altogether. I think I’ll just have a coffee and some lovely flaming Creme Brulee, thanks very much.

Now, off to the park we go. Next week, we’ll see what there is to see.