Above Ground on the London Underground—Day 58: Queen Elizabeth Olympic Park 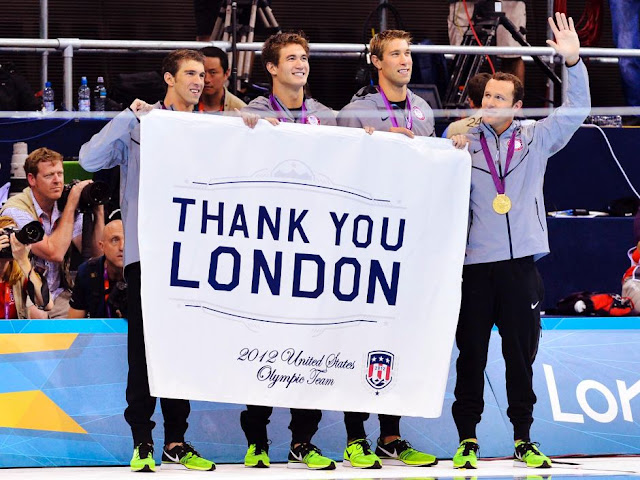 If it's Friday we must be back in London. Every Friday I take a virtual walking tour ‘above ground’ on the London Underground. Using my Tube guide & my fitbit® device, my goal is to walk 10,000 steps a day roughly following along the Underground route, reporting back here on Fridays with my findings We're currently following the Central Line. Here are the previous days. This is Day 58.

Huzzah! Following the Central Line we've made it out to Queen Elizabeth Olympic Park. Admittedly it’s a bit out in the boonies but it’s the site of the 2012 Olympics and home to the London Aquatics Center where you can swim in the same pool where Michael Phelps won four gold medals, earning the title of the worlds greatest swimmer. 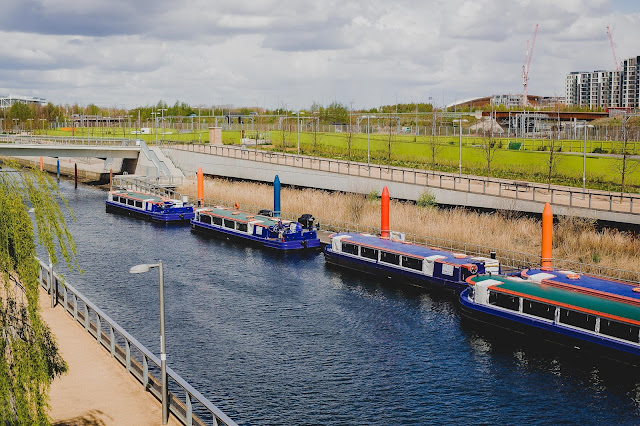 If you prefer to stay dry—and it’s not the winter season— you can take a boat tour through the park. 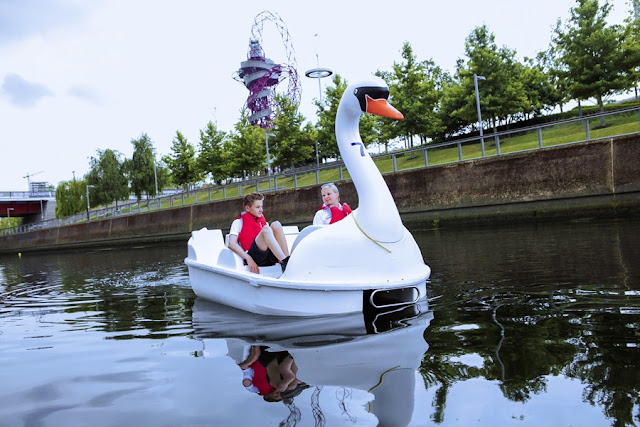 Or take a ride on a Swan Pedalo! You can have your gold medal winning swim lanes, that, my friends, is my speed.

Hate the water? There are guided walking tours available too, taking you to all the key spots from the Olympics besides the pool, the stadium which is now home to the West Ham United Football Club and assorted athletic events and concerts, the velodrome where you can try your speed cycling skills and really so much more. As usual, I’ve included the website info at the bottom of this post. 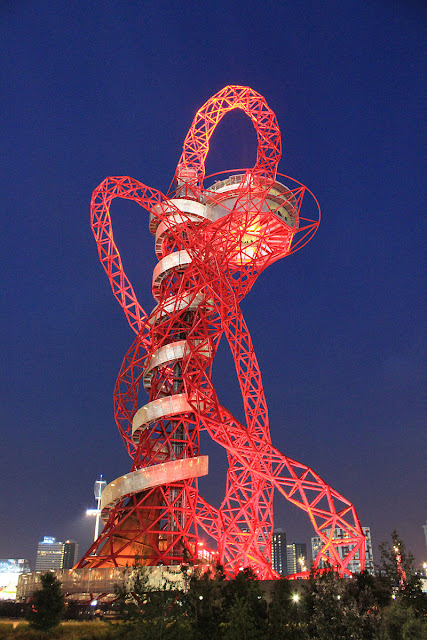 The biggest attraction of all may be the ArcelorMittal Orbit Slide.

The story goes that when London’s Mayor Boris Johnson casually mentioned to Lakshi Mittal—the owner of the world’s largest steel company—that he wanted to create a landmark to commemorate the 2012 Olympic games Mittal immediately got on board, committing to provide the steel for what was billed as Britain’s tallest public sculpture.

Based on a contest-winning design by contemporary artist Sir Anish Kapoor and engineer Cecil Balmond, the 376 foot high ArcelorMittal Orbit tower was constructed from “enough steel to build 365 double decker buses’’ with over 35,000 bolts holding it together. Over 60% of the steel came from recycled steel, old washing machines and cars. Which means the remaining steel came from ArcelorMittal, which accounts for the commemorative tower commemorating the company’s name, otherwise shouldn’t it be known as the Olympics 2012 Orbit or something similar? The point is moot, apparently most people just call it the Orbit.

After the Olympics were over, as a way to bring more people out to the park, it was decided to turn the public piece of art into a slide, because isn’t that what you do with art?

Forgive my snippy tone, I’m writing this on Inaugeration Day 2017 here in the states—an event I am not watching—and after learning yesterday that Trump plans to defund the National Endowment for the Arts and similar organizations, I’m even more suspicious of millionaires and billionaires and the deals they supposedly make for the public good. But I digress! 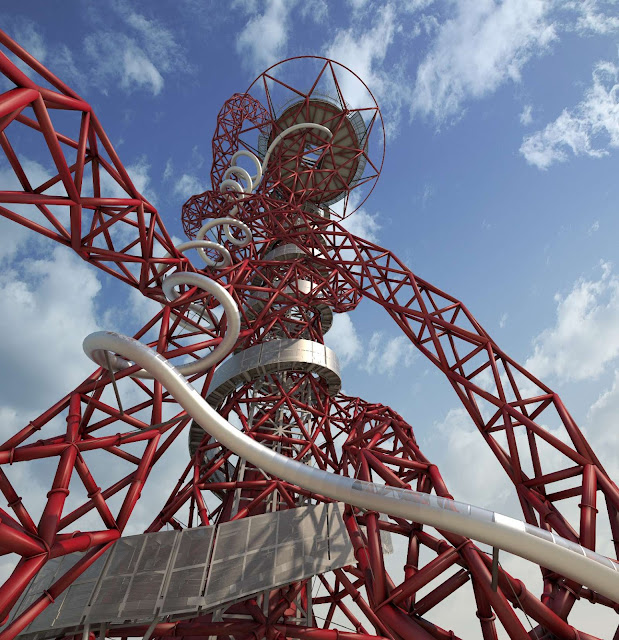 This is the ArcelorMittal slide. The ride lasts for 40 seconds, 40 seconds that last a lifetime!

Visitors will descend the world’s highest and, at 178m, the world’s longest tunnel slide, as they travel down the UK’s tallest public artwork, they’ll pass through light and dark sections with London’s dramatic skyscape whizzing by!

In the 40-second trip, visitors will circle around the ArcelorMittal Orbit 12 times as they weave their way through the famous loops and curves of the iconic structure, including a tight corkscrew section names the ‘bettfeder’ – after the German word for ‘bedspring’ – and end with a 50m straight run back down to earth!

Here BBC's Valley Fontaine—I want that name—takes us along on the ride she took before the official opening in 2016. Looks like fun ... if your heart can take it. The ride books out in advance so get your tix ahead of time.

Above Ground on the London Underground British Isles Friday