Marching for THEIR Lives in Santa Monica 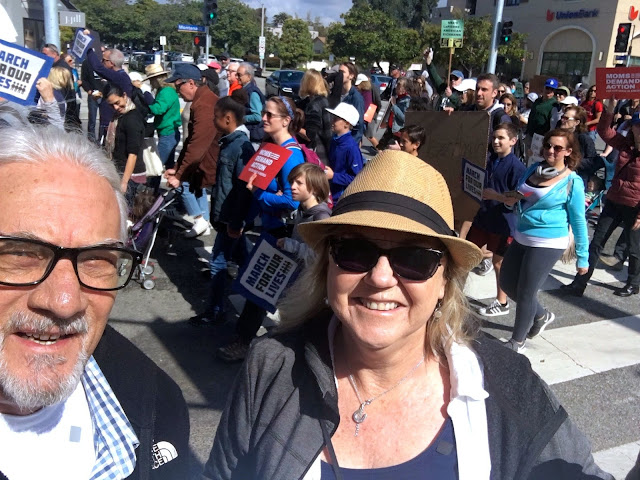 Wow! What an amazing moment in our country’s history. Just got home from the March for Our Lives event in Santa Monica and turned on the TV to see the massive numbers of people who marched in Washington—as many as a million—and millions more who marched around the country and the world. Including my sister in law Susan and her husband Dave, marching in Riverside. Not exactly the liberal bastion Santa Monica is. A question for the politicians: Can you count the votes? 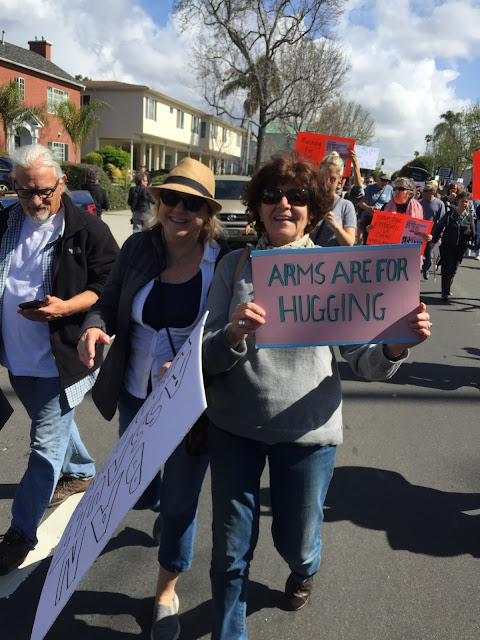 While there was a much larger march planned for downtown Los Angeles we chose to go to the smaller community of Santa Monica because it’s where my brother, sister and I went to high school. No matter where else I live, it’s the city I’ll always consider home. 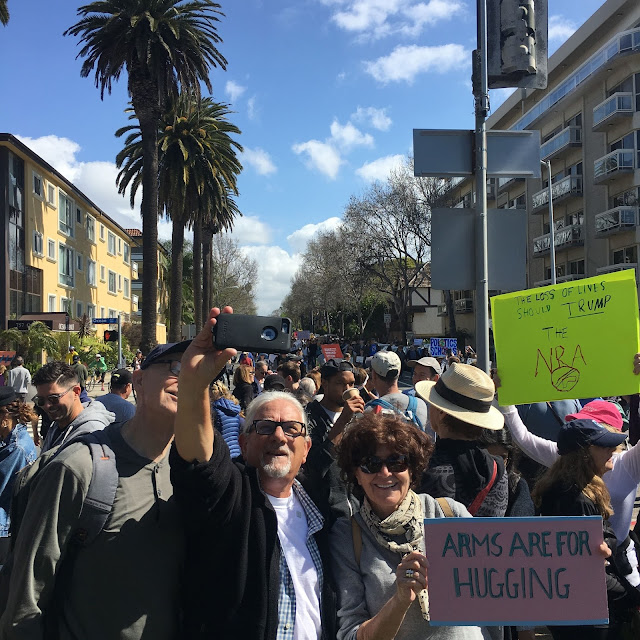 We met my brother Russ & my sister in law Eva at their place—they’re lucky enough to still live in Santa Monica, just blocks from the beach, and walked over to Montana Avenue where the march began at 16th with thousands of people walking the 16 blocks down to Palisades Park overlooking the Pacific Ocean. 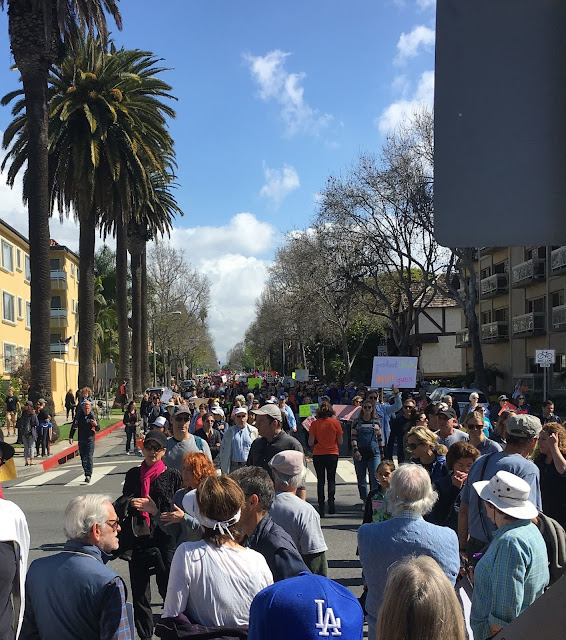 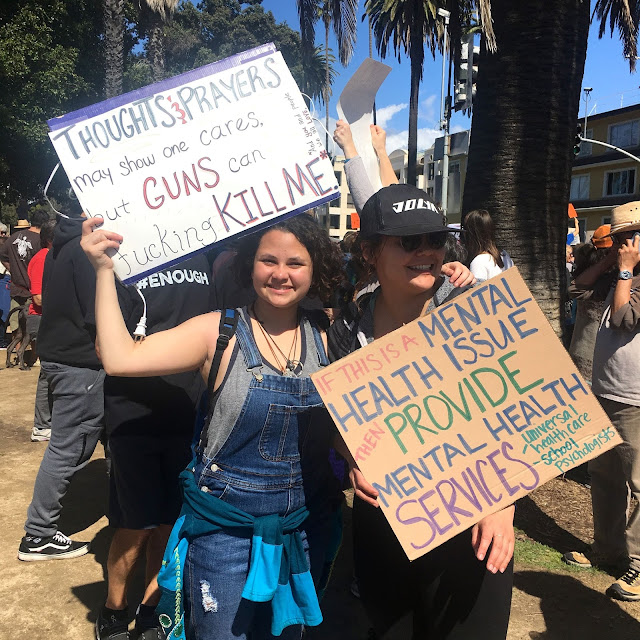 There were people of every stripe, young and old, everyone had lots of energy. And lots of great signs. Like these young women 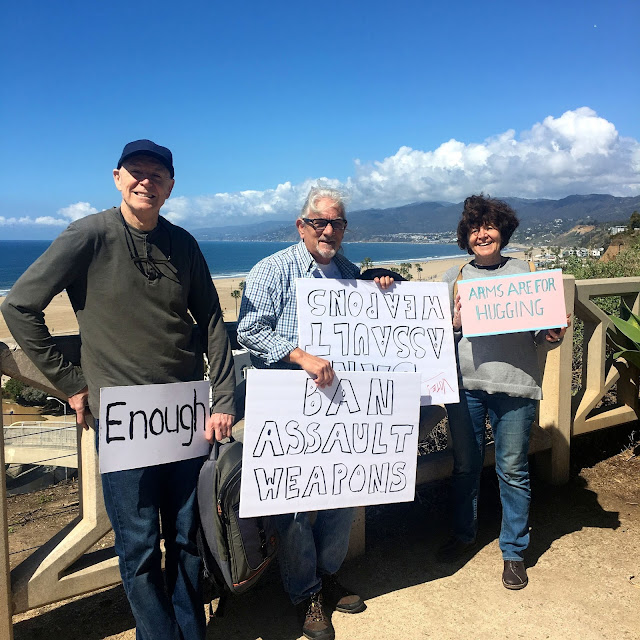 It was a beautiful day for the beach, but as you can see the beach was empty. It felt like the whole city was at the march. Mark is holding two signs, mine and his own. He sometimes carried his own sign upside just so people would say ‘‘Hey, your sign’s upside down.” “Right,’’he’d answer, ‘‘so you have to take an extra moment to think about it.’’

Not a bad place to hold a rally, huh?


If you know my husband, you know he almost always has a funny way to break through the clutter! The key word is VOTE!

Thank you to this new generation of young leaders, so passionate and articulate on the issue. My boomer generation didn’t get it done. Yours will.

Gun control March for Our Lives