Above Ground on the London Underground: Day 12 Feeling Peckish at Peckham Rye 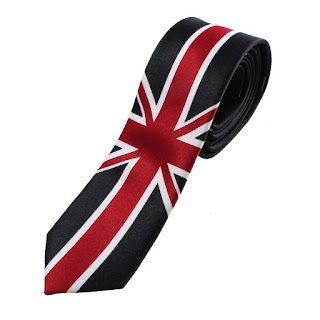 I’m taking a virtual walking tour ‘above ground’ on the London Underground. Using my Tube guide and my fitbit® device, my goal is to walk at least 10,000 steps a day roughly following along the Underground route, reporting back here on Fridays with my findings. This is Day 12.

I’m still in Peckham in southeast London, gazing up at the house on Howden Street where my great-grandmother sat and waited for her husband and two sons to come home from World War I. Her husband never did. This old family history is all new to me and the sight of the house fills me with yearning. I’m thinking about going on a real trip to London and across the channel to France to see my where my great-grandfather is buried. The Guard’s Cemetery at Lesboeufs is just an hour or so north of Paris; a week in the City of Lights sounds about right.

My husband actually went so far as to check out airfares but we haven’t progressed much beyond asking ourselves if we go, whether we should go in late spring or early fall, presuming summer is out of the question. 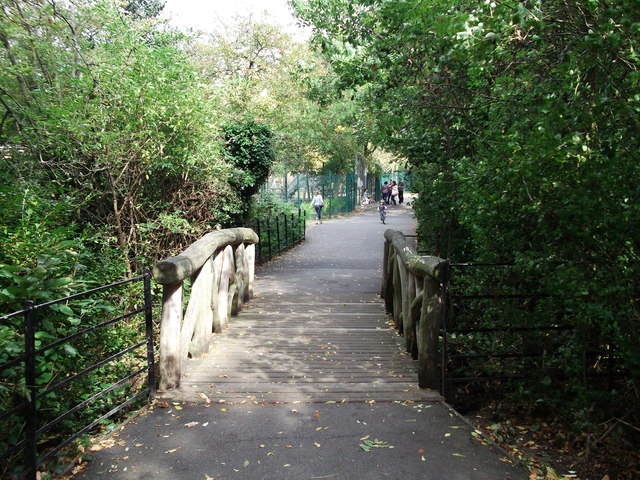 Sometimes I dream about returning to Britain, not just to visit, but to live. Late at night, I check out rentals online, wondering how much we’d have to spend to find an affordable, interesting London neighborhood to live. For someone so proudly born in London, I know nothing about the place. 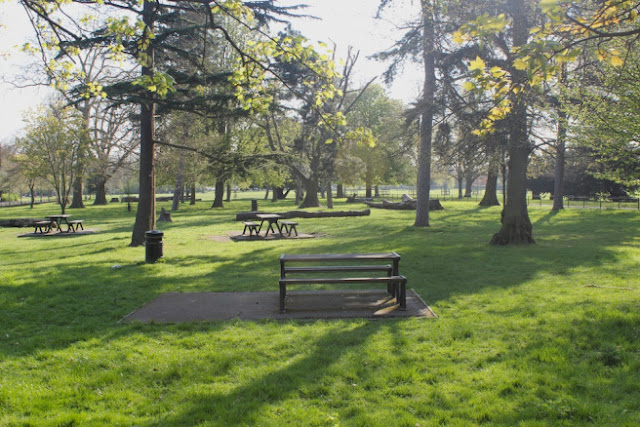 For now I’m in Peckham on my above ground virtual tour of the London Underground route. Time to get my 10,000 steps per day in and see where they take me. Rather than head to the river and London Bridge with the other tourists, I wonder if there’s anything to see in Peckham itself.
Intrigued by an elongated triangle of green space on my map, I learn there’s both a park and a common, as well as the road that runs alongside it, called Peckham Rye. Like the bread, I wonder, reminding me that I’m a bit peckish too. That settles it; a picnic of ham on rye at Peckham Rye and a bit of a wander around is how I’ll spend my day. 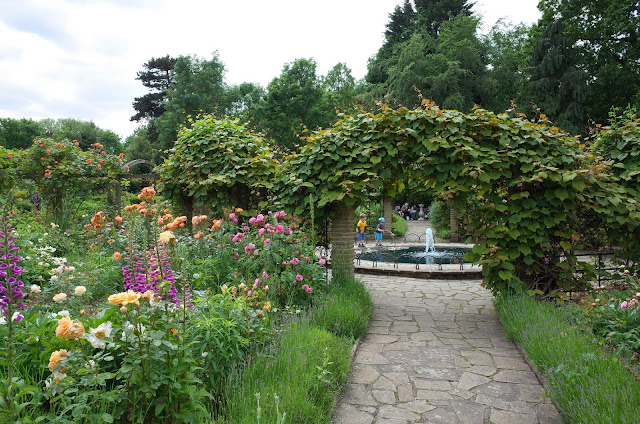 Thanks to the big library in the cloud I learn all sorts of nifty things about Peckham Rye. Did you know it’s cockney rhyming slang for tie? 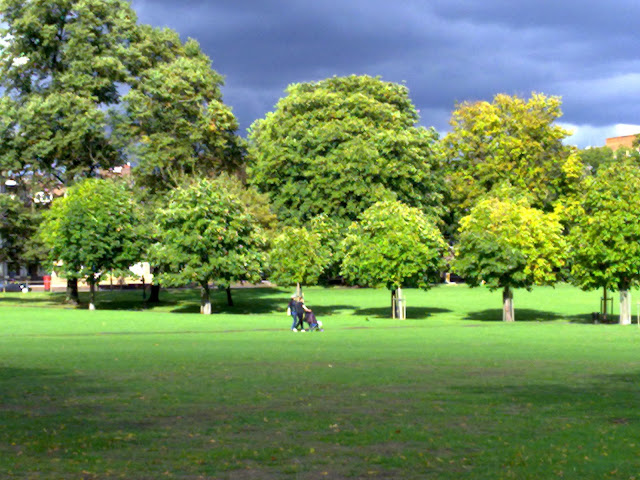 It’s also the place where the poet and mystic William Blake wrote about seeing an oak tree at the age of nine— “a tree filled with angels, bright angelic wings bespangling every bough like stars.” The oak tree Blake saw is gone but a new oak was planted by the Blake Society in his honor a few years ago. I decide Blake’s oak tree is my first stop and wonder if I can spread out a picnic blanket underneath its branches and hope for a visitation. 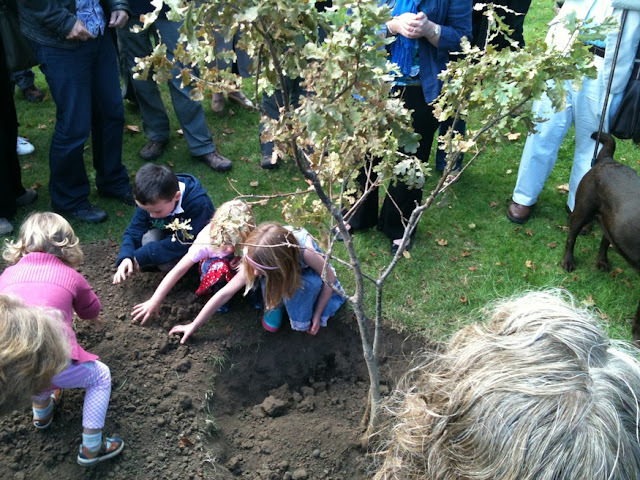 Maybe not. The sapling was planted in 2011. How big does an oak grow in five years? 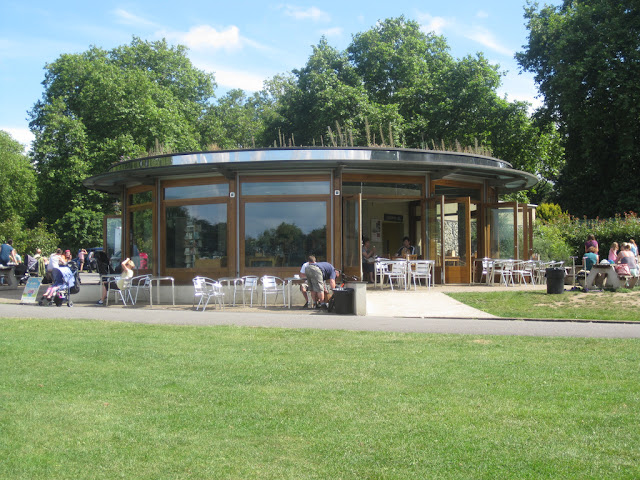 I can always stop off at the park’s Cafe on the Rye, a pretty groovy design of a bistro where according to the menu, I can get some Heinz Baked Beans on Toast. Yes, that is actually written on the menu. Heinz Baked Beans on Toast. To be honest, while I can recall my dad’s Sunday breakfast plate, the beans swimming into the yellow eggs, the fried tomatoes and the bubble and squeak all mushing around together in the middle, the very idea of a restaurant proudly serving beans from a can makes me want to relinquish my British citizenship. No wonder the Brits have a bad name when it comes to the culinary arts! Not to worry there’s plenty more on offer from free range scrambled eggs to my dream ploughman’s lunch: Stilton or Vintage Cheddar Ploughman with Bread & Butter. That’s a trace of my British heritage I carry around with me back in the states. Give me a nice soft roll, liberally buttered, a slab of cheese seasoned with a dash of salt and pepper, and I’m happy as can be. You can keep your mayo, your mustard, your onions, your lettuce and your tomatoes. Cheese, butter, bread. Comfort food, ala anglaise. 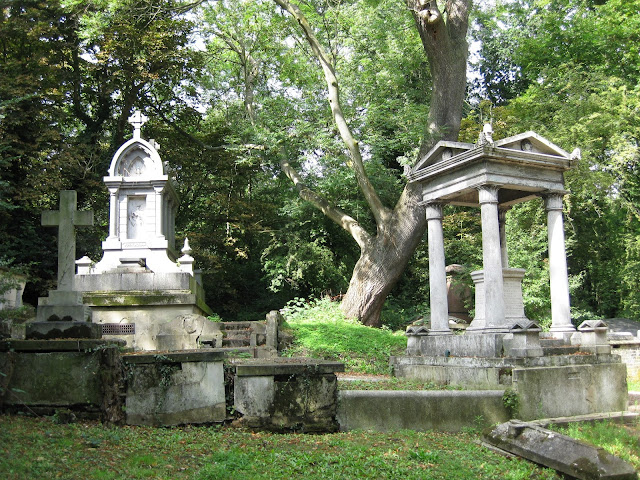 From Peckham Rye I take the Peckham Rye road to Limes ford Road. It’s just a few blocks’ walk to the Nunhead Cemetery, a Victorian Gothic wonderland where guided tours are held the last Sunday of every month at 2:15pm. 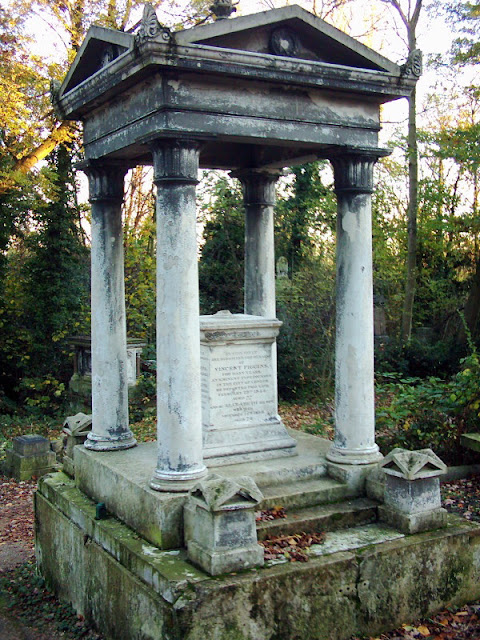 There’s no one famous buried there but as graveyards go, it’s got a certain charm. It was left, ignored for years, and nature, as nature is want to do, has tried to return the land to its natural state. The result is part woodland part cemetery that sparkles on sunny days but must be more on the grim and gloomy side on rainy days. 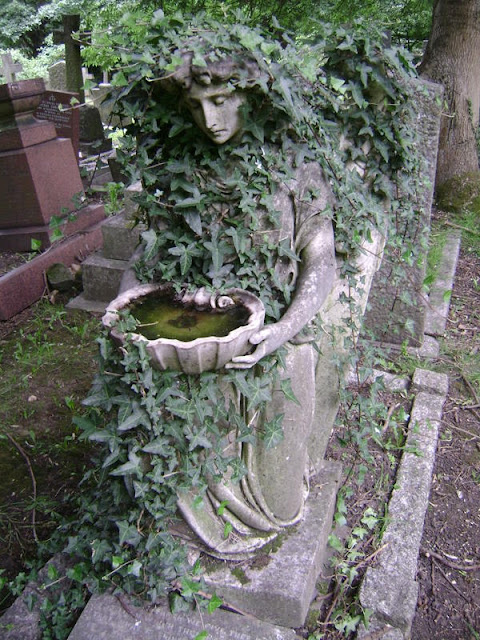 For years in the latter part of the 19th century Charles Dickens kept his mistress Ellen Ternan nearby in a house on Linden Grove. I imagine he could have walked through this very cemetery thinking writerly thoughts or perhaps just about bedding Ellen again. Actually, that’s a fairly common writerly thought, right there. 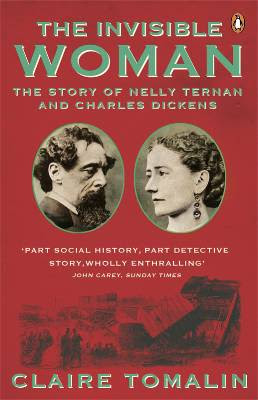 The house at 16 Linden Grove no longer stands but we’ll be walking right by it on our way back to Peckham Rye Station. 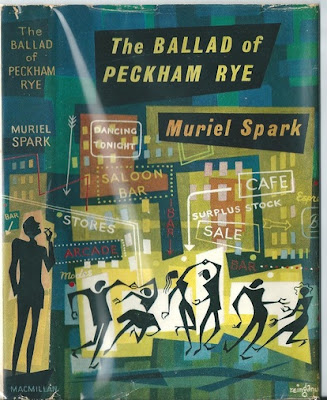 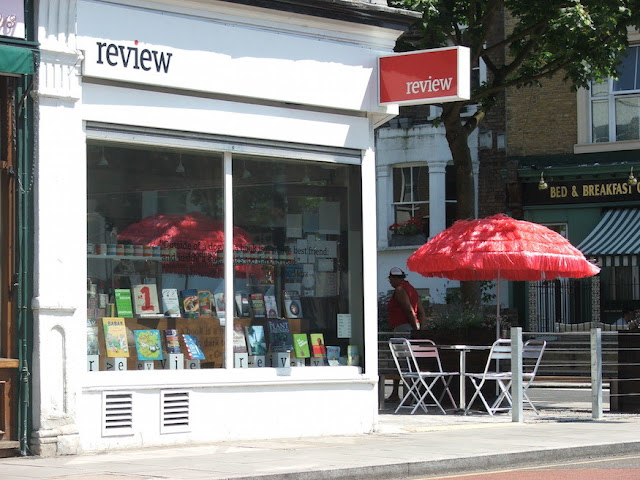 Deciding I’d like to pick up a copy of The Invisible Woman and The Ballad of Peckham Rye (apparently it’s full of drunkeness and sex) while I’m actually in Peckham, I head to the local indie book shop, Review on Bellenden Road. At Review I learn that Peckham used to have a bit of a nasty rep: bad neighbor-hoods where cabbies tires dare not tread, but that’s all changing and now there’s not only a diverse neighborhood, there’s a plethora of restaurants and shops—like Review and the nearby Victoria Inn. 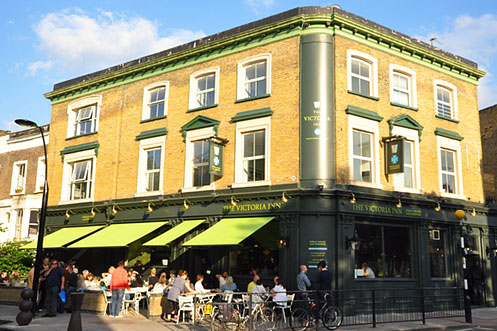 Peckham? Could it be the affordable, interesting London neighborhood I’ve been searching for? I wonder if there’s anywhere around here where I can pick up a Peckham Rye?

Catch up on my virtual walk to date here.