Above Ground on the London Underground: Day 14 ... Dulwich Picture Gallery (and Mausoleum?) 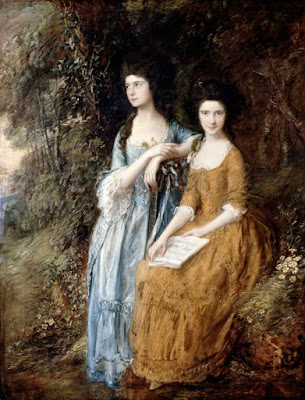 Mary & Elizabeth Linley/Thomas Gainsborough
I’m taking a virtual walking tour ‘above ground’ on the London Underground. Using my Tube guide and my fitbit® device, my goal is to walk at least 10,000 steps a day roughly following along the Underground route, reporting back here on Fridays with my findings. This is Day 14.


A couple of weeks ago I actually had a reader tell me where to go. No, no, no. Not there. Since I was in the Peckham neighborhood of South London, she told me to go to the Horniman Museum and Dulwich Picture Gallery, both nearby in Dulwich. I tackled Horniman last week, today I’m going to make the trek to Dulwich, and then—unless one of you leads me astray again—I’ll get back on the right track.

The gallery is an easy mile and a half walk down the Circular Road which runs so closely to Dulwich Park—where rumor has it there’s a boating lake—that I simply can’t resist the detour.

The lake is dotted with bright green paddle boats manned mostly by kids. Looking like a slew of bumper cars on water I can all too easily see myself stuck in the middle of the lake, an army of badly behaved British children, straight out of a Roald Dahl book, thumping and bumping me about until I lose my balance, and find myself tipped over, soaking and shivering. Staring down a menacing four year old with an ice-cream cone I decide I’ll take on the lake another time. Instead I wander across the long wooden bridge that spans a portion of the lake.  In my head I’m traversing the Capilano Suspension Bridge that sways ever so slightly a couple of hundred feet above the Capilano River in Vancouver, Canada. 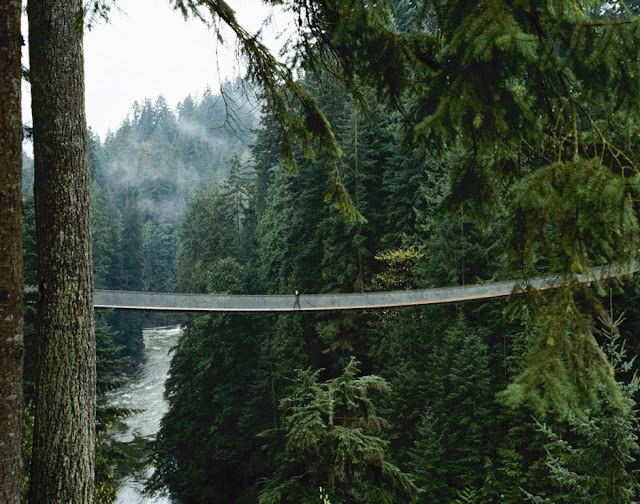 I crossed that bridge in my late teens; this extra long footbridge in Dulwich Park is more my speed now. Truth is, if it holds, it holds, no matter the height. Right?  Uh huh. 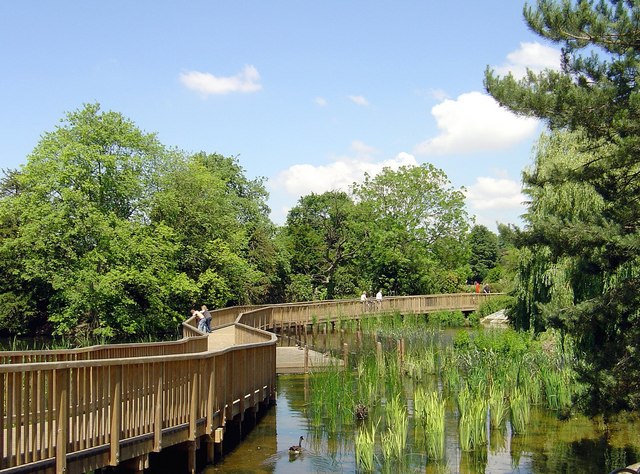 Deciding I better get a move on, I head around the lake, debate for all of five seconds renting hiring (a la the Brits) a recumbent bike from London Recumbents before hurrying out the College Road Gate before I can change my mind, and run smack into the Dulwich Picture Gallery.  Frankly, it comes as a surprise. Looking more like an old...an old...I’m not quite sure what! Part old bricked up factory works, part ancient looking estate, part cathedral of sorts. I’m going to have to go in, figure out the score.

What we find inside is England’s first pubic art gallery, a gallery that oddly owes its very existence to a Frenchman, a Swiss painter and a Polish king. In 1790 Polish king Stanislaus Augustus commissioned a pair of art dealers, Noël Desenfans—the Frenchman—and his friend and colleague, the Swiss painter, Sir Francis Bourgeois, to create a royal collection especially for him. The pair purchased hundreds of 16th and 17th century paintings from all over Europe, mostly representing the ‘Age of Baroque,’ but when the king of Poland was forced to abdicate his throne in 1795, Bourgeois and Desenfans were left holding the bag, er, the paintings. 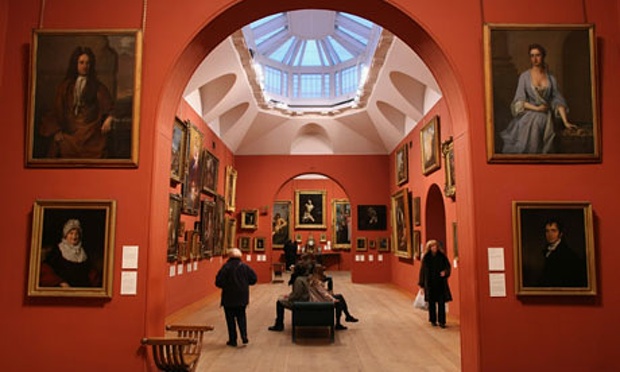 Dulwich being the first ‘art gallery’ in England—the National Gallery wouldn’t come into being for another quarter century—there was no place for the pair to sell their large collection, so the paintings were donated to Dulwich College in 1811. Part of the deal— and it could just as easily have been a deal breaker—was that not only did the college need to build a gallery, designed by their pal, the acclaimed architect Sir John Soanes, the gallery also had to include a mausoleum where Bourgeois, Desenfans, and Desenfan’s widow, Margaret are all entombed. It was Margaret’s money apparently, which funded the entire collection to begin with. According to the Soane Foundation, the architect had already built a mausoleum for the trio in the backyard of their home, a house where the threesome lived, in what the foundation calls  ‘an unusual menage a trios’.  When it turned out the ‘unusual menage a trios’ couldn’t purchase the house, they settled for being buried together in the museum they helped create.  And I just want my ashes scattered in the Pacific! 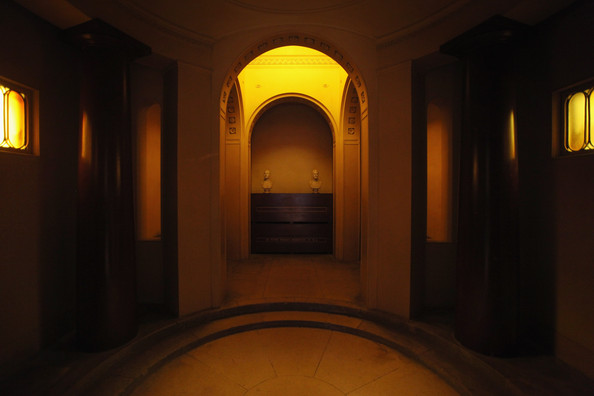 Weird? A bit. But not quite as weird as this bridal couple who couldn’t think of a finer place to be wed than at that same mausoleum. A love to last for eternity? 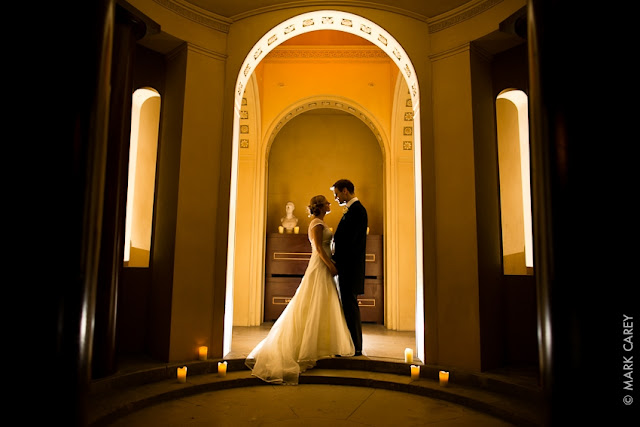 The reason the archictecture looks so odd is that it’s a bit of a mishmash, the gallery, complete with mausoleum, built alongside the college. Over the years a slew of alterations have been made adding to the hybridized look of the building. Check the museum’s website for the full details. 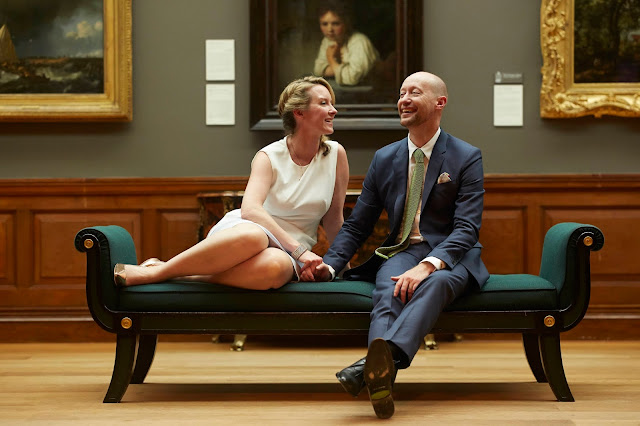 After I check out some of the museum highlights—Thomas Gainsborough’s Linley sisters (top of page), and Rembrandts Girl at a Window where I encounter another wedding couple, completely oblivious to the art, it’s time to check out the I Am Van Dyck exhibit running through 4/24/16. There’s a tour leaving soon. 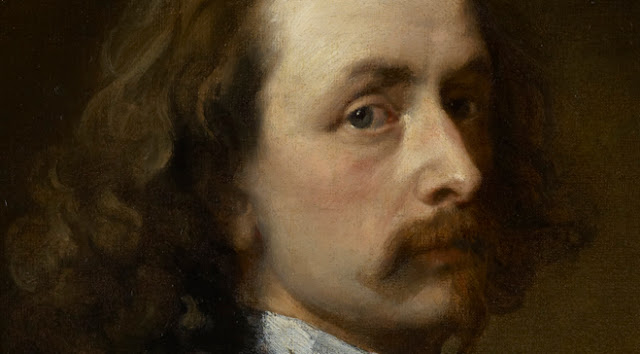 And then my friends it’s time for lunch. The Belair House is a gorgeous Edwardian building just down the road, where the food is surprisingly affordable. I think I’ll start out with a Shandy. Can I get one for you?

The Belair House image via arounddulwich.co.uk

** Technically today’s outing leaves me little short of my required 10,000 steps a day goal, but I haven’t even taken all the steps I’d be taking at the gallery into account. I’m close enough. Get over it.

Back to Day 13: Hornimans Museum & Gardens