Above Ground on the London Underground: Day 17 — What’s happening at Boston Manor 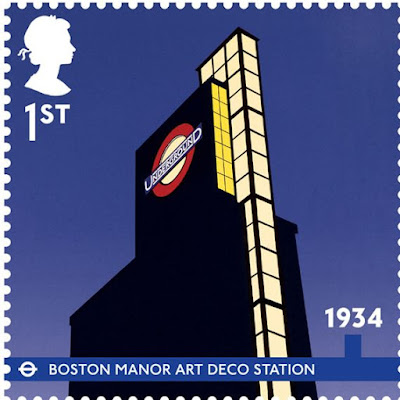 I’m taking a virtual walking tour ‘above ground’ on the London Underground. Using my Tube guide and my fitbit® device, my goal is to walk at least 10,000 steps a day roughly following along the Underground route, reporting back here on Fridays with my findings. This is Day 17.

Retracing my steps it’s easy to see that I got off track at Syon House, drawn down to the River Thames and the irresistible pull of seeing the house where I was born in Richmond. My plan is to head back from Elephant & Castle to the Boston Manor Underground Station in Brentford and carry on from there. I am completely taken by surprise by the design of the station. Built in 1934, the art deco architecture is an unexpected bonus, a harbinger, I hope, of a good day of walking. 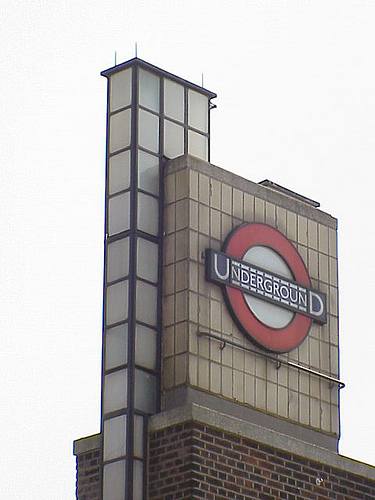 I’ve been curious to see the picturesque narrow boats and the nearby River Brent and the Brentford Lock. I’ve learned that one can walk the Grand Union Canal all the way to Birmingham and beyond.

But first, I’ll stop by Boston Manor, on my way to the river.  An elegant example of Jacobean architecture, Boston Manor was built in 1623 for Lady Mary Reade, a young widow. Set in a grassy parkland, complete with pond, a nature walk, and studded with beautiful old trees, the home is open to tour, gratis. 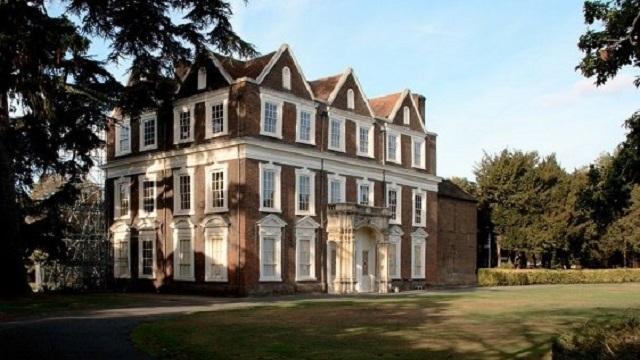 Image credit: Geni.com
Lady Mary re-married Sir Edward Spencer of Althorp, Northamptonshire —an ancestor of the late Diana, Princess of Wales—soon after the home was completed. In 1642, the couple were still in residence the Civil War broke out. The Battle of Brentford took place nearby. 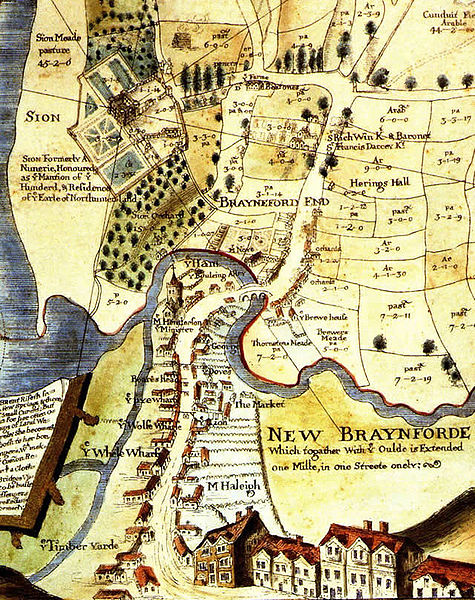 I see Civil War and I think the blue and the grey, the north and the south, the Union vs the Confederacy, but of course this is a different civil war. The English Civil War aka the Great Rebellion aka the Wars of the Three Kingdoms was a series of battles that took place between 1642 and 1651 between supporters of Charles I and opposing groups in each of Charles’s kingdoms, including Parliamentarians in England, Covenanters in Scotland, and Confederates in Ireland. The war ended in when Charles fled to France and if you want to know more than that, google the bloody thing like I did!

Where did the name Boston Manor come from, you ask? It certainly predates Lady Mary. According to the ever trusty Wikipedia, Boston dates back to the 1170’s when the word was spelled a bit differently—try rolling Bordwadestone around on your tongue—and may actually mean Bord’s tun or farm by the stone.

Hunting around for images of the beautiful home and surrounding park, I can’t escape seeing photos of the police and a forensics team garbed in their head to toe blue crime scene togs. I’m half-hopeful the park was used as a location for Scott & Bailey or one of the other contemporary British crime dramas I’m addicted to. No such luck. I discover that the area is near the site where the murdered body of a young girl was found, at the bottom of the River Brent, in late August of 2014. 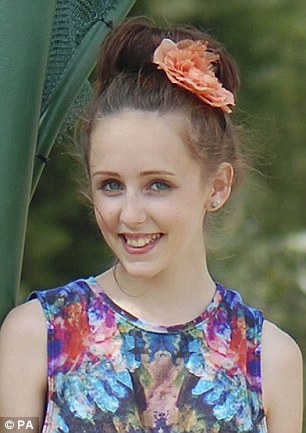 And in that same Boston Manor Park, where the house is located, the suspect in the case was found hanging from a tree about a month later. A Latvian laborer who had served 7 years for murdering his wife before emigrating from Latvia to England in 2008, the police would have charged the suspect with the crime if he hadn’t killed himself. The girl was last seen walking down a tow path near the park; the killer, Arnis Zalkalns, was caught on CCTV, following her on his bike. 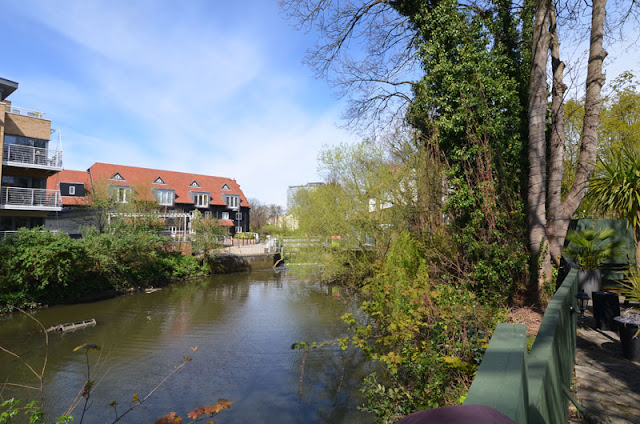 I’m not sure I want to see the house anymore. The idea of walking in the park is too disturbing. My plans to take the Grand Union Canal Walk along the River Brent take a chilly turn for the worse. Thinking of Alice Gross, that young girl, just fourteen years old, weighted down at the bottom of the murky river sends me straight to Brentford Lock instead, where the busy area, full of bars and restaurants, promises I’ll be able to find a much-needed drink. Maybe the Weir bar. Maybe something stronger than my usual Shandy.

It’s also where I’ll find the Brentford Lock Holiday Inn. Normally, if I’m planning on staying somewhere for the night on this virtual walking tour, I’ll track down a charming inn, or a B&B with character to tell you about. Not tonight. Tonight I’ll lay my head down on a plain white pillow in a predictably pleasantly decorated room in the predictably well-maintained hotel chain. Tonight I don’t give a damn about charm; I’m looking for security. I might even just order room service, lock myself in and call it a day.