I’m taking a virtual walking tour ‘above ground’ on the London Underground. Using my Tube guide and my fitbit® device, my goal is to walk at least 10,000 steps a day roughly following along the Underground route, reporting back here on Fridays with my findings. I'm back on track, following the Piccadilly Line. This is Day 18. 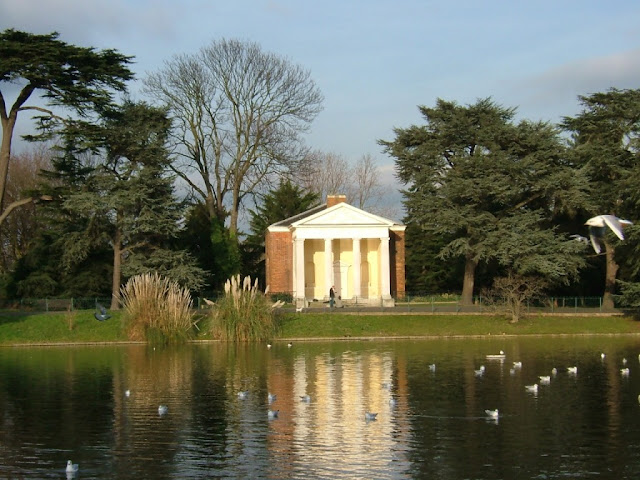 Passing South Ealing my plan is to hit Gunnersby Park in Chiswick, where there’s a lake—do all British parks come with lakes? are there ladies of the lakes too?—a history museum, a ‘small mansion’ and several other ‘historically significant buildings’ including a folly or two. 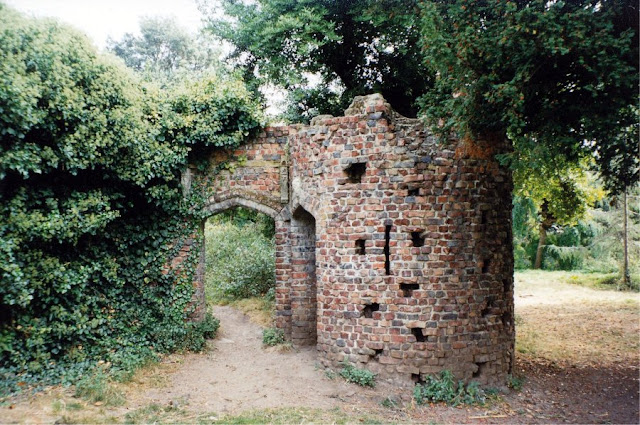 Follies are those imaginative little structures that don’t do anything except add a magical touch of interest to a garden. From the French for stupidity, a folly suggests some real purpose, but lacks it completely. American gardens have follies too, those tiny little wooden bridges we plonk into our backyards over a bed of gravel, neither one necessary but adding a touch of whimsy.

Seeing that the museum is closed until 2017 for renovation and checking my map, I find I can’t resist taking the short walk from the park down to the Thames River.  Along its shores is the picturesque Strand-on-the-Green. It’s not just picture postcard pretty, the strand is rich in ancient history—in the 19th century almost 100 skulls were found along the river bank, skulls that date back to 600 B.C.
Kew Palace, just across the river, contributed to larger homes and a variety of industrial buildings springing up in the area, including three ancient pubs: 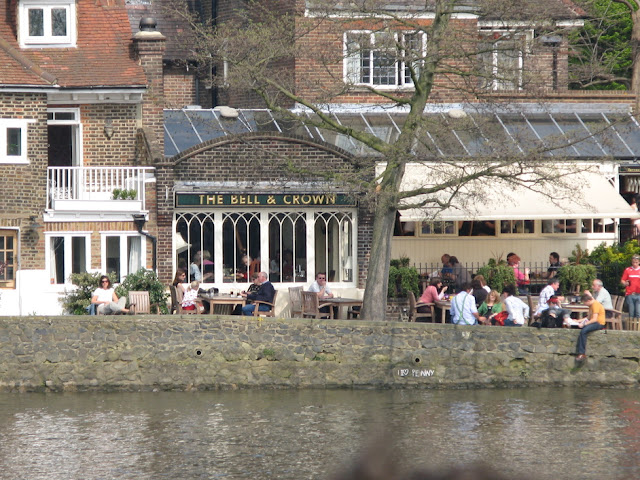 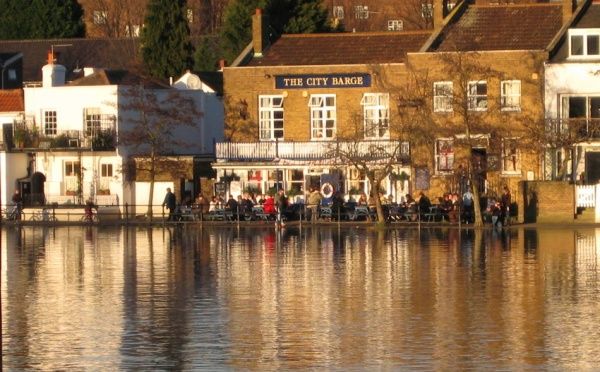 and the baby of the group, the City Barge in 1786, reincarnated from her 14th century iteration, the Navigator Arms

The City Barge is of interest not just to pub crawlers but to fellow Beatle fans who may recognize it from the movie Help. In the scene where Ringo drops down through the floor where a tiger prowls below? That was shot at the City Barge.
Watch!

As long as we’re talking Beatles and we’re sort of in the neighborhood, let’s boogie on over to Chiswick House & Park where they filmed some promotional material for their new singles, Paperback Writer and Rain in 1966. Could it be the Beatles invented music videos? Just home from touring, exhausted, burnt out, the boys opted not to tour but to send out some promo films instead. Here’s what George Harrison said about the films.


“The idea was that we'd use them in America as well as the UK, because we thought, we can't go everywhere. We're stopping touring and we'll send these films out to promote the record... these days obviously everybody does that - its part of the promotion for a single - so I suppose in a way we invented MTV.” 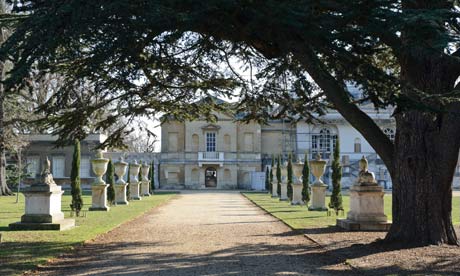 I’m not the first Beatles fan to hit Chiswick House hunting for the Beatles shooting location. Just like the legions of fans who flock to Abbey Road to recreate that famous Beatles in the crosswalk photo, there are recreations all over the internet.

Let’s close out today’s Daytripper trek by watching a bit of Paperback writer which first screened in black & white on BBC 1’s Top of the Pops on June 2, 1966. Rain followed on June 9, 1966.