Above Ground on the London Underground—Day 20: Going for Drama in Hammersmith 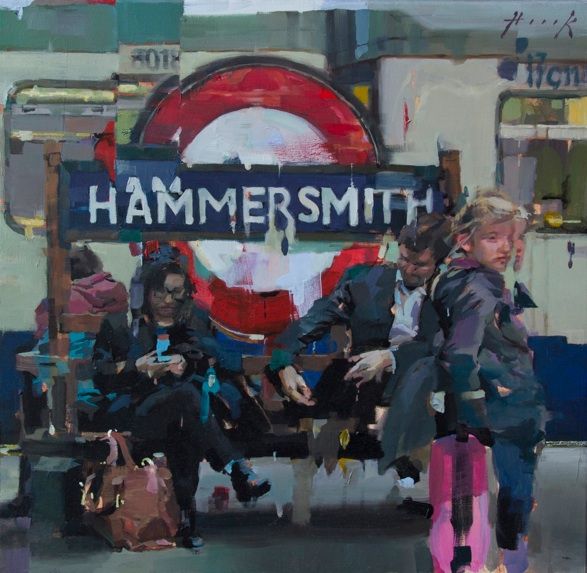 I’m taking a virtual walking tour ‘above ground’ on the London Underground. Using my Tube guide and my fitbit® device, my goal is to walk at least 10,000 steps a day roughly following along the Underground route, reporting back here on Fridays with my findings. Currently following the Piccadilly Line. This is Day 20.

Last week I ended my weekly virtual walk at the Hammersmith Underground Station. After my pub crawl I might have ended up sitting on a bench, like the family in Christian Hook’s portrait above. Unlike the family, busy modern Londoners,  scanning phones and checking briefcases, waiting for their train, I was just taking a break before I hit a couple of must-see Hammersmith sites. 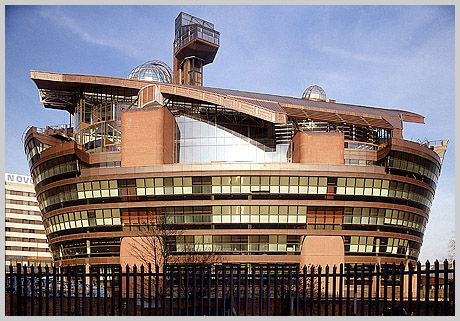 Construction on the Ark on Talgarth Road, designed by noted architect Ralph Erskine, began in 1989 and was completed in 1992. The dramatic-looking building, while deriving its name from its hull-like design resembling a huge ship, rather than appearing to float free on the high seas, seems moored in port, hemmed in by the A4-Flyover—the highway which runs above the Talgarth Road, raised on a knifed-edge blade like an ice skate—and the railway. I would love to see the Ark with some breathing room, surrounded by a reflecting pool much like Frank Gehry’s design of the Musee Guggenheim in Bilbao. 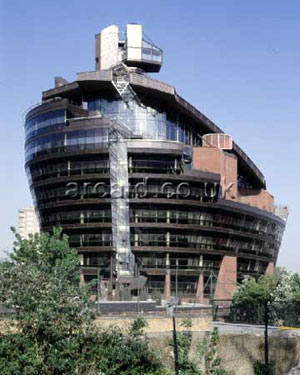 Inside, the Ark was originally a network of open office space and communal walkways and staircases that maximized its’ light and open feeling, and led to a sense of community. Despite its innovative interior, the Ark has had trouble keeping occupants and has been redone in the past decade to maximize the actual office space. Last year a San Francisco based media company took possession, hopefully they’ll stay awhile. It’s the kind of experimental design I love discovering on TedTalks; I wish there was a tour. I’d take it.

Then there’s the LAMDA campus, which has been undergoing some construction of its own. I think it’s fair to say that LAMDA will always be more famous for what comes out of its buildings than the building itself. The London Academy of Music & Dramatic Arts, dating to 1861, and one of the oldest acting schools in the world, routinely turns out talent of the highest order—Jim Broadbent, Benedict Cumberbatch, Sam Claflin, Chiwetel Ejiofor, Brian Cox, Dominic Cooper, Jeremy Irvine, David Oyelowo, Rory Kinnear, John Lithgow—John Lithgow? Yes, Americans study there too. These are all names I've blogged about over on Chapter1-Take1 in just the past few weeks. I think I’ll see if I can get hold of Diana Scrivener who teaches Historical Dance at the college, and see if she wants to join me for a cup of tea. Scrivener isn’t just a prof, or an example of  ‘if you can’t do it, teach it’ mentality, Scrivener is a successful choreographer in the industry who I ‘met’ online while whilst (as our Brit friends say) I was writing about the recent production of War and Peace on Chapter1-Take1. 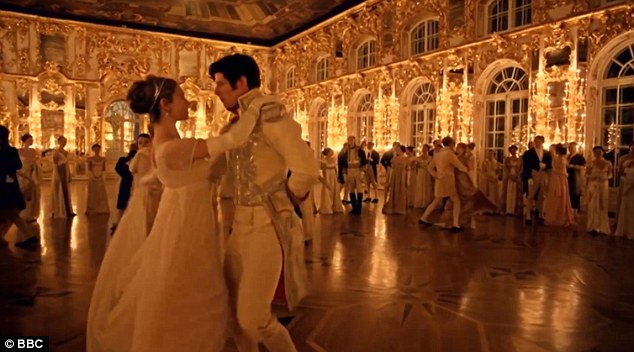 It would be a blast to meet her in person. Scrivener choreographed the all the dances in the BBC series, most notably the sweep-you-off-your-feet romantic waltz danced by Lily James and James Norton. 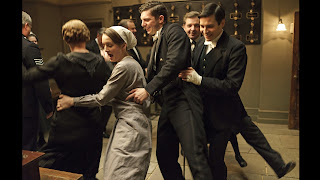 And while we say a teary goodbye to Downton Abbey, so will Ms. Scrivener; her CV includes all the choreography for the Crawley celebrations. I hope she’s not too busy to take a break! I know that auditing classes is strictly verboten, but maybe she’ll let me take a peek inside her dance studio? And maybe, just maybe we might get a sneak peek at the next Benedict Cumberbatch. 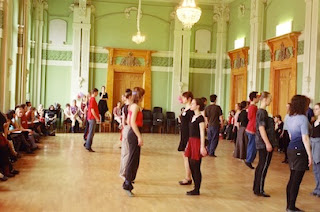