Above Ground on the London Underground—Day 22: The Sage of Chelsea 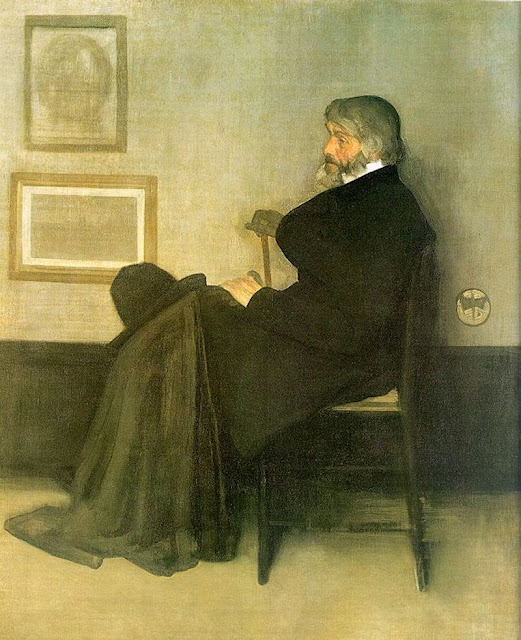 Arrangement in Grey and Black, No. 2: Portrait of Thomas Carlyle
James McNeill Whistler/ 1873
I’m taking a virtual walking tour ‘above ground’ on the London Underground. Using my Tube guide & my fitbit® device, my goal is to walk 10,000 steps a day roughly following along the Underground route, reporting back here on Fridays with my findings. Here are the days that came before. Currently close to the Piccadilly Line. This is Day 22.

Thomas Carlyle. Thomas Carlyle. While I couldn’t tell you what specifically he’s famous for, I do know he was a man of letters, a historian, social critic, essayist and author. And that the house he shared with his wife Jane, is a nearby National Trust property. With Chelsea at my feet, and the house an easy half hour walk from Earl’s Court station, it’s time I checked out him out. It’s a beautiful morning to wander around—let’s throw away our weather app and pretend it’s a perfect 77.5° no matter the weather—and Chelsea surrounds me with inviting garden walks and intriguing mews, and pricey property all around, so let’s get on with it, shall we? 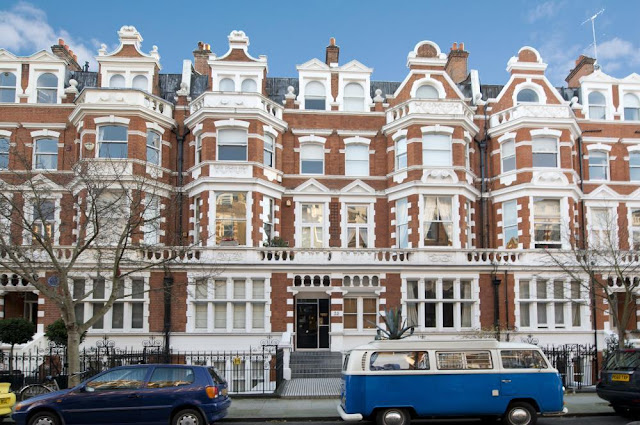 Did I say pricey property? Yes, I did. The route from Earl’s Court Station takes me along Bolton Gardens where a one bedroom flat will set me back £1.5 million. That’s almost 2.2 million dollars for a one bedroom apartment with a garden view, but with no private garden, not even a petite patio to plonk your Weber grill on! This is one of the tonier ends of London to be sure. 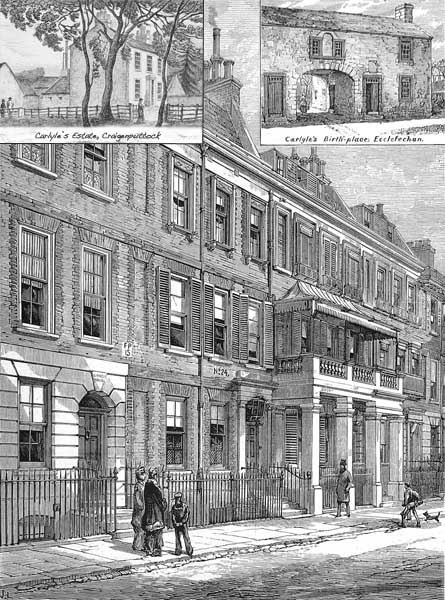 It was different in Carlyle’s day when Tom—as his contemporaries Dickens, Tennyson, Browning and even Ralph Waldo Emerson would have called the Victorian author—lived in Chelsea with his wife Jane. Back then, in the middle and latter part of the 19th century, the area was a less than desirable neighborhood, the rent was cheap. Just £35 a year! 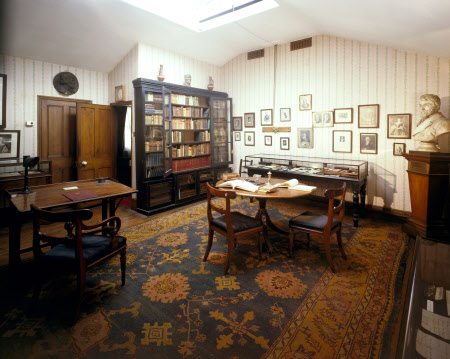 Cheap enough that Carlyle was able to convert the attic of his Cheyne Row home into a sound-proofed office of his own to work in. Virginia Woolf wrote an essay called Great Men’s Houses in which she spent some time lamenting that the genius of his day had not only a room of his own, but a sound-proofed room of his own! It seems clear that without Carlyle and his room—which you’ll see preserved at the Carlyle house—we might never have had Woolf’s groundbreaking feminist cry, A Room of Ones Own. So thanks for that, Mr. Carlyle. She also called the house, ‘not so much a home as a battlefield.’ Carlyle was a short-tempered lout who seems to have taken it out on his wife, a fact not revealed until her own letters were published posthumously. 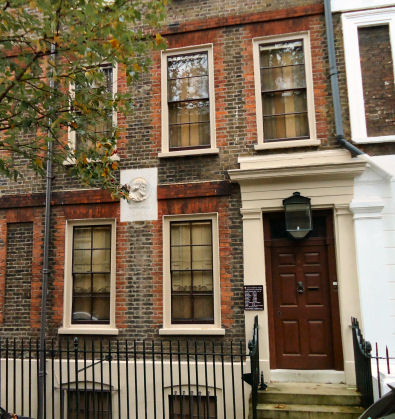 Carlyle, your basic literary hot-head who—I’ve learned today—came to feel that common man (and no doubt, woman) were ill-equipped to judge and decide their best course of action for themselves, was acutely sensitive to the noise of the neighborhood. Hence the construction of the room. An early example of an autistic savant? It’s possible. Or it could just be the abundance of organ grinders and their monkeys! 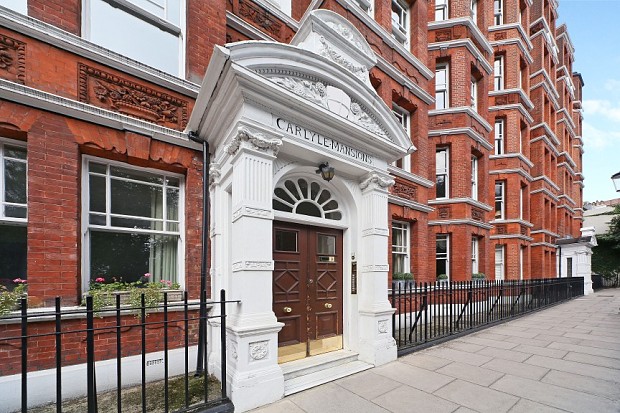 Known as the “Sage of Chelsea” Carlyle inspired the name of a block of flats just down the block. Colloquially known as the Writers’ Block, the building was constructed in 1886, several years after Carlyle's death and as you can see, bears his name. The so-called Writers’ Block has been home to a myriad of writers from Ian Fleming (#24) to T S Eliot (#19), from Henry James (#21) to Somerset Maugham (#27).

The Carlyle House is too loaded with literary import not to give it a few hours. Carlyle Mansion is so close, that of course it’s worth a look but to be honest, it’s Charles Dickens’ house that’s calling me, along with Sherlock Holmes’ fictional manse. I wonder when I’ll get to Baker Street?

source: The Telegraph [Where James Bond was born. London’s most literary house]