High Five: Get set. Ready to roll on 'That Thing You Do' [memoir] 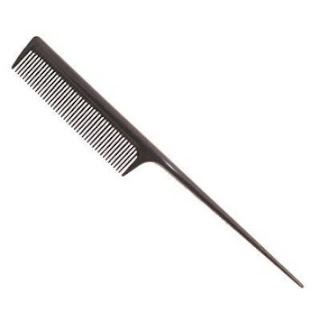 Our call time for That Thing You Do was dark-of-the-morning early and like all the extras, we’d been instructed to ‘come having had.’ While that sounded vaguely sexual—make sure you have a morning quickie with your quick oats—it simply meant, ‘come having had your breakfast.’ Meaning the production wouldn’t be feeding us and we’d be sitting around, or more likely standing around, for hours, six hours to be exact, starving, before we’d get a chance to eat. I didn’t see how I’d have time to shower and get myself ready, let alone get our almost three year old son dressed, never mind finding time to get some breakfast for us all before we got to set. My husband told me not to worry, that was only for the real extras. He reminded me that we weren’t real extras because he was working on the show, we were family. As nepotistic hires that didn’t quite have to live by the ordinary rules, we didn’t have to come ‘having had.’ We could wait until we got to set and then eat breakfast, catching something from the caterer’s truck.

Right! What was I thinking? One of the pleasures of having a husband working in the film industry is literally not having to feed him. When he’s working he’s rarely home at mealtimes. All his breakfasts, lunches, and more often than not ‘second meals’ were served on set. And that didn’t even account for the craft service table where a dizzying array of snack foods for the cast & crew were made available throughout the shooting day. The cast & crew did not mean extras, not even when you applied the more PC term ‘background actors.’

When we got to set, a closed off street in Orange, California, grips were already at work unloading trucks, carrying stacks of C-stands and metal clips, pushing carts full of rolls of duvetyne, while transpo parked period automobiles along the road and set dec made last minute touches to store-fronts which had to pass for 1960’s Erie, Pennsylvania. The movie, written and directed by Tom Hanks, is about a group of young people who record a rockn’roll son—That Thing You Do—which skyrockets up the charts and changes all their lives, not necessarily all for the better; the scenes they were shooting that day centered on members of the band hearing that song on the radio for the very first time. My son and I had gone into Hollywood the week before for a fitting; a blue and white jumper for him, a knee length housewives’ shirt dress for me, and now we’d be walking up and down the sidewalk with a slew of other extras, filling in the background as townspeople, while the excited band members ran down the street to Patterson’s Appliance store where the group’s drummer, Guy, played by Tom Everett Scott, worked for his father.

No makeup, my hair still in curlers, we stopped by the catering truck, grabbed some coffee, breakfast burritos, cereal and bananas, while I tried to avoid being introduced to my husband’s coworkers. Didja meet Mark’s wife? The plain Jane with curlers in the hair? Ya, Jesus. Wonder what he sees in her?

After getting into our period costumes, I couldn’t wait to go through hair and makeup, to get in that hair and makeup trailer for my transformation from Plain Jane to Beauty Queen. I’d hoped to have them tease my hair to bouffant bigness like Candy Clark in American Graffiti. To use heavy black liner around my eyes like Brigitte Bardot. It would have been fun to look like a real gum-chewing bad girl for a change but I knew I was playing your average motherly type, out running errands with her little boy. Still, I was sure with makeup put on properly by a professional makeup artist, I would be the prettiest mother out running errands with her little boy, ever. That was my secret belief. With just enough time and the proper materials, I too, could be beautiful. What I didn’t realize—but should have because I used to work in film & TV myself, however briefly—was that on a busy day like this day was going to be, with a lot of extras, the production would bring in day players to do hair and makeup. They’d set up in extra’s holding, a big tent full of plastic chairs and scarred folding tables; a couple of which would be reserved for hair & make-up. The real hair and makeup crew, the regulars, would remain in their trailers working on the real actors; on Tom Hanks who wasn’t just directing but was in the movie too. On Tom Everett Scott and Liv Tyler. Ethan Embry, Johnathon Schaech and Steve Zahn. Peter Scolari, Giovanni Ribisi, Chris Isaak. Charlize Theron on the days she worked. The real hair and makeup people not only wouldn’t be working on us extras; the day players barely had five minutes to spend on each of us.

I sat down at the ordinary banquet table, the kind you see at every church supper and school function, totally lacking in the professional looking mirrors outlined with lightbulbs I knew were lit up behind the hair & makeup trailer doors.

“My hair doesn’t curl very easily” I told Patty as she took out my curlers, barely hiding the frown.

“I can see that” she said, picking up a limp clump of hair and letting it drop. I distinctly recall a sigh. “Let me try an up-do.”

An up-do! Now we were talking. I imagined my hair, teased up high and pouffy after all, like the tight sweater-wearing women in all those 1950’s B-movies. I waited for Patty to bring out the long-handled rattail comb, instead she gathered my hair with one hand, swept it back and started sticking pins in my scalp. I could feel her twisting strands in a circular fashion at the back of my head and less than five minutes later, she was done. I was done. I spotted a mirror propped up against someone’s tote bag and snuck a peak. She hadn’t teased it at all. There it was, my hair, thin and lifeless, plastered to my head. There I was, me.

“Next!” she called out to the group of girls and women waiting their turn.

“Excuse me? What do I do about makeup?”

She gave me a quick glance as a pretty teenager, her rollers already removed, got settled. Auburn curls bouncing down her back she looked like a young Ann Margaret. I could see Patty couldn’t wait to get her hands on all that hair.

“Townsperson, right?” she asked me, without taking her eyes off Ann Margaret’s crowning glory.

“You were supposed to wear your own base.” She nodded to a few bottles of beige, pink and tan foundation sitting on the table across from us. “You can use one of those. You’ll be fine.”

“Mindy!” she called out to a headset wearing production assistant “Get this lady some red lipstick will ya?”

Mindy found me some red lipstick which I applied myself. I made my way back to the area of the tent where I’d left my son with my husband. Another production assistant had taken his place.

“Mark got called to set, he said he’ll see you later.”

“High 5” my boy echoed, his little hand reaching through the air.

I sat down, gave my son a squeeze and double checked my bag. Phew. I’d packed my cosmetic case so at least I didn’t have to go the entire day without mascara. I pulled out a box of crayons and a Batman coloring book.

We sat, coloring together, knowing at some point we’d be called to the set. We’d walk the sidewalk, my red lipstick invisible as we filled in the background, a mother running errands with her little boy. All we had to do was act naturally.

That Thing You Do: Making Movie Magic


Brushes with Stardom Hollywood memoir That Thing You Do