Behind Closed Doors [Listen to the podcast on iTunes, SoundCloud or Stitcher] 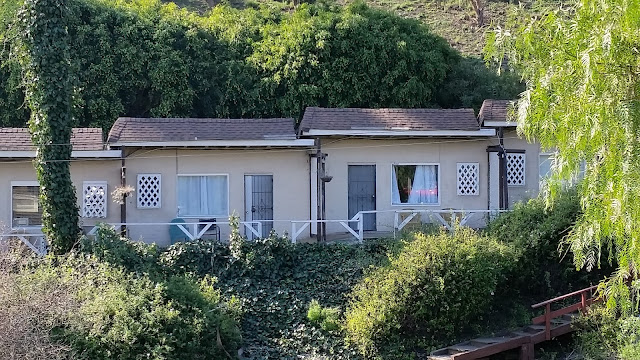 The 8th and last of the stories I've been recording about Derek, an old boyfriend from the seventies. Listen or read it below. Originally published 4/25/16. Catch up with all the series episodes on my podcast on iTunes, SoundCloud or Stitcher.


It’s natural, isn’t it, when you’re young, to think about sex all the time. Didn’t you?

Before our first time at the Brentwood Motel, that’s all we both thought about. We couldn’t keep our hands to ourselves. Wondering. Endlessly curious about its earth-shattering nature.

There was a shift after that. Once, in the middle of the day, Derek had parked his GTO at a turnout in the road off Temescal Canyon, and treading past overgrown bushes, we’d found a patch of ground semi-surrounded by brush and bramble. Just 50 feet from the busy street, we laid a blanket on the ground, doing it under the sun, surrounded by green. If life had been caught on camera in 1972 the way it is now, that day, with every flashing sunbeam peeking through the trees, would look like a forerunner to all those MTV music videos yet to come, Derek playing the part of the lead singer, with me cast as the girl in the song. Behind the scenes, in real life, my heart was speeding, the sound as loud in my ears as the whoosh of the cars speeding by, more from the fear of discovery than any all-consuming desire I might have.

Another time we’d driven the twenty minutes down PCH to check into a motel in Malibu. There were cheap motels closer, I suppose he was trying to be romantic. For me, Malibu had exuded a special brand of magic ever since I’d watched Malibu U back in Canada when I was just fourteen. The notion of being in Malibu stirred my imagination but the reality did nothing to stir my desire. The motel itself, small, charmless, high on the bluff, just off PCH, far back from the beach, was disappointingly viewless. But why did I even care about the view? Why was I so hard to please?

Our first real overnighter was in a motel on Mission Bay in San Diego. Decades before anyone thought twice about the wrong or right of keeping whales in captivity, we took a trip to Sea World. The theme park was still young back then, its reputation untarnished, like mine. We’d come down the evening before, Derek going into the motel office while I waited in the car, too embarrassed to show my face to the desk clerk, feeling guilty about lying to my parents. I’d made up some stupid story about going to San Diego with a group of friends, anything to avoid admitting I was having what my mother would later describe as ‘a dirty weekend.’ Leaving the Mission Bay motel in the morning, I felt the eyes of the maids, looking me over, seeing right through me, labeling me ‘puta’.

“Mornin’, ” Derek, unhindered by the double standard, nodded cheerfully to a man and his wife, their three excited looking little kids skipping across the parking lot to their car, pulling on the door handles, while I slipped into Derek’s GTO wordlessly, averting my eyes.

I loved Derek. I’m sure I did. I loved his cheerfulness. His easy guilt-free satisfaction. I loved the drives we took in his GTO, music blasting, stopping for a Mama burger and a root beer at the A&W. I loved having a real boyfriend to hold hands with, to skooch in close to at the drive-in movie. I loved not having to worry, was he going to call?

While we mostly just hung out, the places we went together stud my memories.

Places like the almost new Magic Mountain with its pristine pathways leading from attraction to attraction, the grounds still bare, almost virginal, newly planted shrubbery and trees yet to take hold. Bobby Vinton, a 1950’s throwback even then, had been playing a free concert. Derek swore he’d been singing Blue on Blue directly to me.

Back then you could take a tour of the Busch brewery in Van Nuys where neither of us was old enough to legally drink. We’d taken the monorail circling over the tanks in the factory, and afterwards in the company sponsored Busch Gardens, been served not just beer, but free beer in the tropical beer garden and watched the bird show. Driving home the 20 miles from Van Nuys to Santa Monica on the freeway, the notion of the advisability of drinking and driving, not even entering our heads.

We mostly went for burgers and pizza but he took me out to real restaurants like the Broken Drum too. A quiet, very grown up restaurant on Wilshire and 6th in Santa Monica. Deep red leather booths, little lamps glowing above the tables, a fireplace. Their catch phrase, The Broken Drum, You Can’t Beat It. But you could. The Broken Drum closed years ago.

Derek and I closed too, lasting about 8 or 9 months, if that. We’d planned on taking a trip to Europe together the summer of '73 but early in the year he told me his best friend Gary had won a trip for two to Europe on some radio contest. And was taking him.

I wanted to believe him but it all seemed so unbelievably convenient that I just couldn’t. What kind of radio station gave away trips to Europe? Not KLOS, not KHJ, not any kind of radio station a young guy would listen to. I was sure there wasn’t any free trip, he’d just rather go with Gary. Instead of confronting him I held my resentment inside, finding fault after fault, picking and picking him apart, reducing him to a crumb, a fleck, something I could brush off the linen table cloth of the Brown Derby where we ate what would be our last supper.

Somewhere over the years I came to believe that I punished Derek cruelly with my coolness simply for loving me. For always being there, suffocating me with his constant presence and boring consistent good cheer. I suspect I didn’t punish Derek for loving me. I didn’t punish him for not being enough for me. I punished him for not loving me, for showing me I wasn’t enough, for him, maybe not even for myself.


We ran into each other on the Santa Monica College campus the following year. Chatting like our history was just something that happened, we discovered we were both taking astronomy classes and decided to drive out to the high desert together to see the comet Kehoutek our Astronomy teachers were touting as the Comet of the Century. We leaned back on an old blanket searching the sky and shared carefully edited stories of our European trips. I’d ended up going by myself, but I didn’t tell him I’d been so miserable and lonely, my parents had to fly my sister over.

The comet sighting was a dud and we left without seeing a thing but at least we’d earned some extra credit. Just as we were about to pack up, Derek pressed himself against me, his tongue slopping at my neck. We hadn’t said a word about getting back together and I pushed him away, wanting to know what was going on.

“Are you trying to get back together” I asked him outright.

I got in the car, slammed the door shut but he struck me as being pretty pathetic at that moment, thinking that whatever that was—a simple release, without love or emotion—could suffice. We rode home silently. Our time together very much gone.

Like Derek and me, the Broken Drum, The Brown Derby and Busch Gardens are long gone too. Even Sea World is finally changing, likely on its way to oblivion. These days people flinch at seeing whales perform in tight quarters. But Bobby Vinton, at 81, still seems to be touring. The Brentwood Motor Inn and that viewless motel in Malibu remain, very much a part of my Southern California landscape. I think of Derek in passing, every time I pass.

It’s odd. I remember so much about him, from the first moment we met at the snack bar, the silly way he looked in the wig he had to wear to work, the sizzle of that first attraction, the fondness for those happy summer months of tooling around, just hanging out, going here and there in his GTO, but for the life of me I can’t remember what really went on behind the closed doors of those motel rooms.

And whether we ever really had that.

It's crazy looking back at the people we used to love, isn't it?
While I came to, if not hate him, at least want to be done with him, looking back I know Derek was one of the good ones..

Oh, and I just learned that viewless motel in Malibu is up for sale. Time marches on.