Above Ground on the London Underground: Embankment Station AKA What is this thing I love? 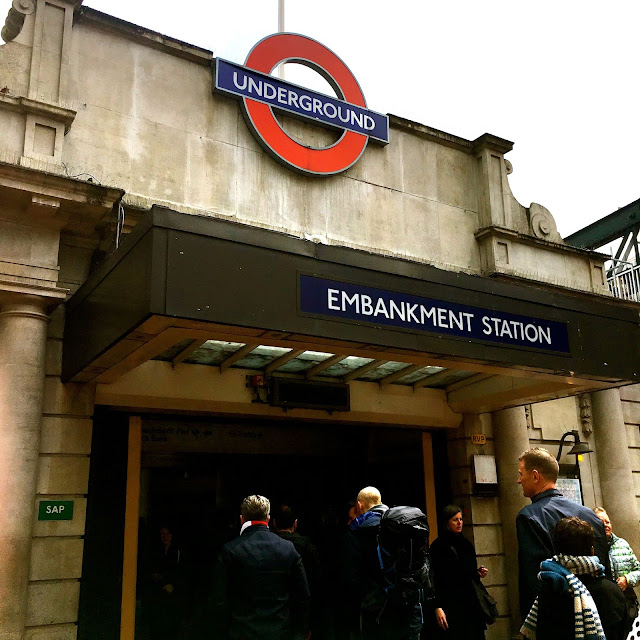 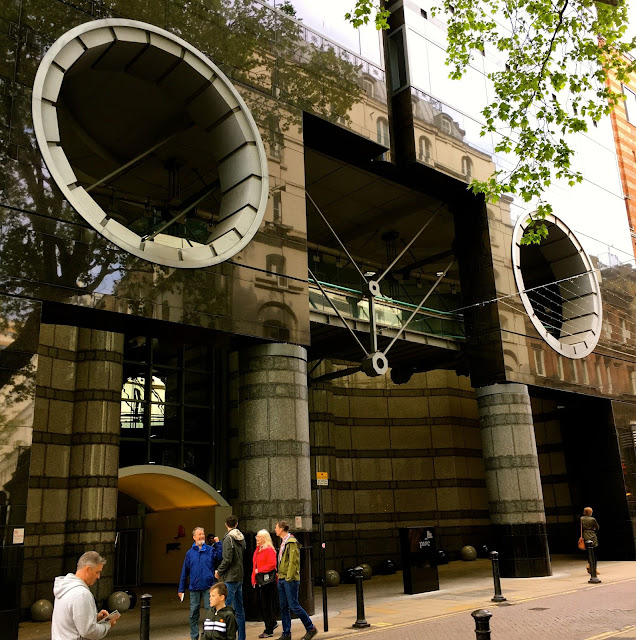 I love the two large round windows, set like a pair of eyes. 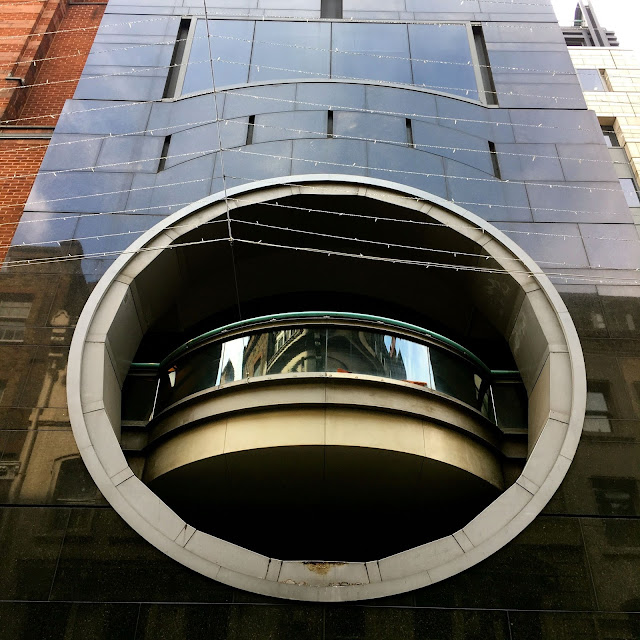 This looks like a toy for a giant. I want to spin the center bit! 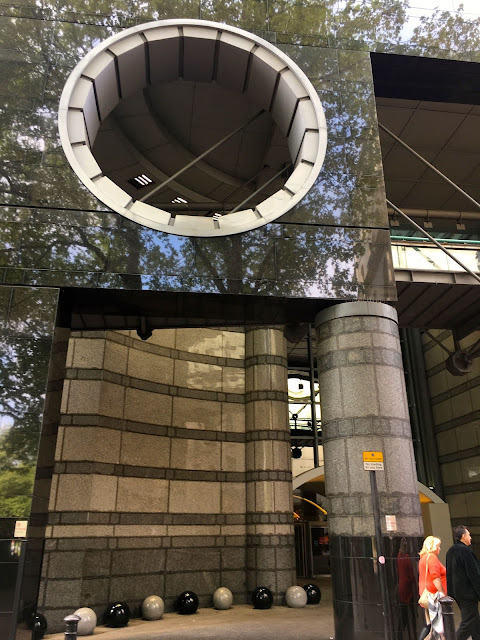 The problem is, I don't know exactly what it is! My camera identifies the building as 34-36 Villiers Street but those readings aren't always exact, are they? When I look the address up, searching for info about the building—who designed it, when it was built, what is it—I come away basically empty handed.
It's next door to The Arches Shopping Plaza, it could be part of the complex or it could be part of the Charing Cross Railway Station. Or something else entirely?
Have you got any clues? I'd love to know more about it. I could kick myself for not asking someone when we were there but with such a distinctive looking building I thought there would be a ton of information available online. I'm hoping someone—Joy? Mike? Irene?—will know!