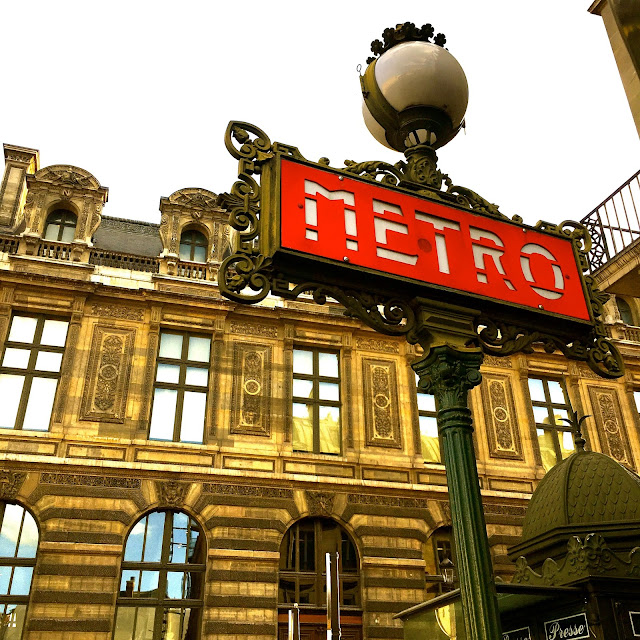 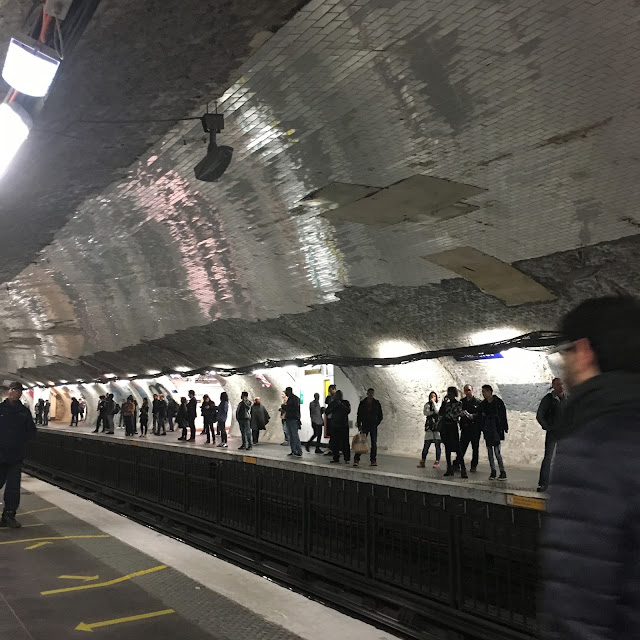 I blame it on the Metro. My theory is that all the walking to and from the metro, and especially going up and down the stairs of the Paris Metro system has something to do with it. You see, there are very few elevators and escalators. 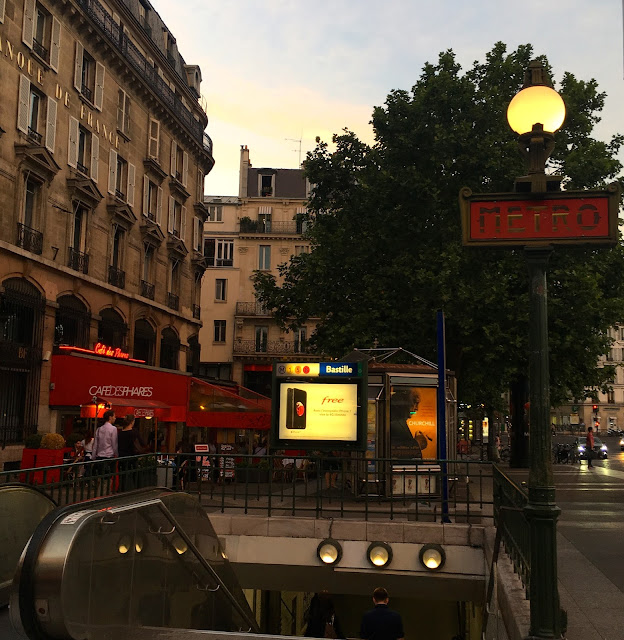 The first metro line was opened in 1900 during the Paris World's Fair at a time when no one really thought about elevators. While the system is not so good in terms of its accessibility to the disabled, it's a built-in exercise regime for everyone else. 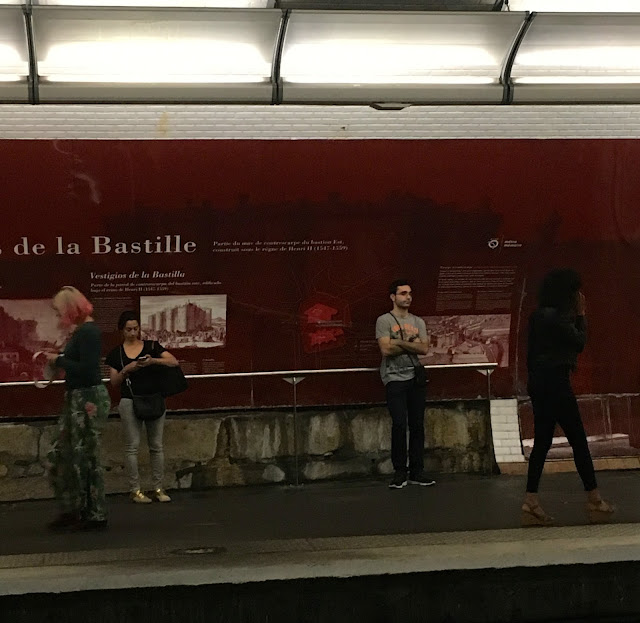 By everyone else, I mean the 4 million plus people who use the Paris metro every day! Parisians walk from work or home to and from the metro, rush up and down those stairs, hurry along the sometimes long and winding passages. I say it must be part of what keeps them all looking so trim and slim. Like the trio of modelicious guys I snapped a furtive photo of below. They just happened to be sitting next to each other at the station, waiting for their train, strangers to each other, oblivious to what an excellent advertisement for the health benefits of using the Paris Metro system they were. Ironic isn't it, that they happen to be sitting in front of a billboard for Heineken? My hunch; the only Heineken beer carbs being consumed would be by the guy standing on the platform to the far right. That, my friends, is the very definition of a beer belly. A votre santé! 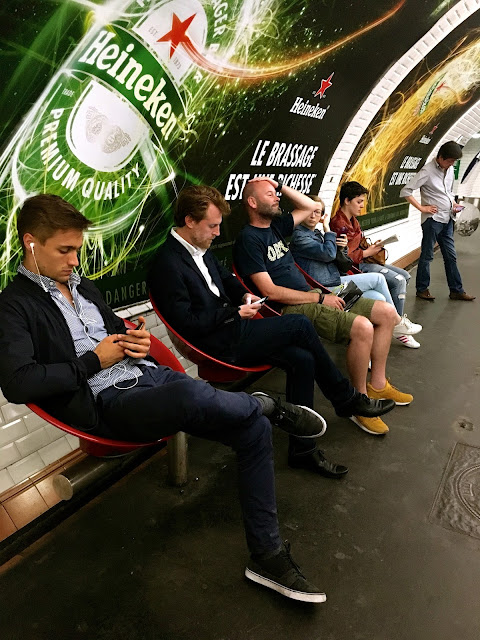 A question for Monsieur Millennial, Le Professional and Sportif.
Does taking the stairs chase the pounds away?

My husband and I have a lot of marvelous memories of our trip to France.
This one? It's all mine.